The rush around the world to plant crops used to produce biofuel has not only sparked a global food vs. fuel debate, but it’s also putting biodiversity at risk. 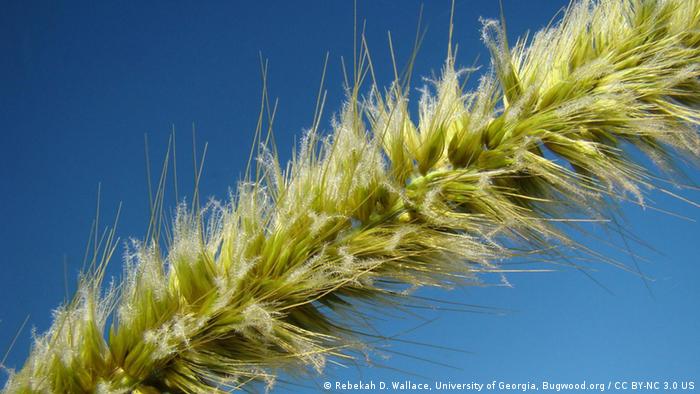 Last fall, a group of more than 200 American scientists banded together to protest a government decision allowing two potentially invasive species of grass to be grown for biofuel. In a letter to the Obama administration, the biologists and ecologists urged the Environmental Protection Agency (EPA) to prevent the spread of the plants on a large scale - or risk a species disaster.

The scientists pointed to the case of “Kudzu,” a plant that originated in Asia and has grown at rapid speeds in the southern part of the US, choking other plants and trees as it goes. It is now known as “the vine that ate the south.” 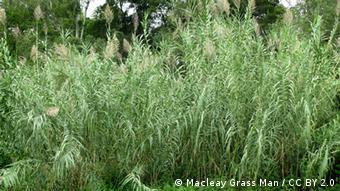 US scientists are fighting the spread of giant reed (Arundo donax)

The grass species in question that prompted protests by US researchers are Arundo donax, known as giant reed, and Pennisetum purpureum, also called elephant grass. In their native regions in India and Africa, these grass grow at a normal pace, kept in check by equally strong plant species, and by elephants who feed on them.

Because they can grow rapidly and don’t require high-quality soil, giant reed and elephant grass are seen as ideal biofuel plants. But those very same qualities have turned the two into dangerous weeds that, under the right conditions, can spread at an uncontrollable pace and overgrow entire fields. 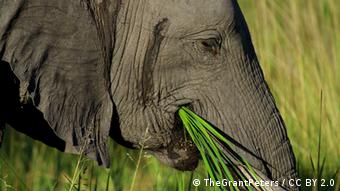 In fact, according to experts from the “Weed Science Society of America,” giant reed and elephant grass are two of the most invasive species in the world. Plants are classified as “invasive” when they overpower native species and threaten a region’s biodiversity.

With invasive plants consuming large amounts of light, space and minerals from the soil, local flora often suffer and wither away. Experts in the US estimate that invasive plants take over some 700,000 hectares of land a year, racking up damages in the billions of dollars. That’s why scientists have warned the EPA to step in fast before it’s too late and before the grass is given a chance to spread.

That’s exactly what’s happened in Australia. Officials there are fighting a losing battle against invasive grasses. In an article in “Nature” magazine, David Bowman, a professor at the University of Tasmania, went so far as to suggest introducing elephants to work as a natural herbicide.

Biofuel crops promise to change the face of the energy industry, but they come with a catch. (12.03.2013)

He said that while gamba grass, a weed that has been multiplying across the Australian savanna, is too large and tough for native kangaroos, cattle or buffalo to eat, it is the perfect snack for elephants. His suggestion was met with ridicule as critics pointed out that bringing elephants into the habitat would introduce all sorts of new problems.

Americais not the only country considering investing in invasive grasses for biodiesel. In Brazil, too, where renewables account for a large percentage of the country’s primary energy, there are plans to push ahead with biofuels.

“If you compare it to other energy crops like soy and sugar cane, elephant grass has only made up a small subgroup until this point,” says Sarah Kovac from the Berlin-based Independent Institute for Environmental Issues. She and her colleague, René Zimmer, recently carried out a research project exploring the cultivation of biofuel crops in Brazil. 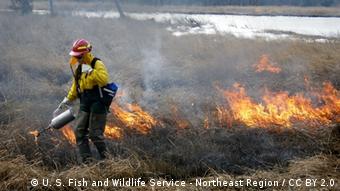 Carlos Marafon and his colleagues at Embrapa, the Brazilian Agricultural Research Corporation, too believe elephant grass is simply too promising to resist. Just one hectare of the strong weed can produce 40 tons of biomass, compared to 15-20 tons with sugar cane and 10-15 tons with eucalyptus. At the end of last year, the Embrapa researchers released an article that said that elephant grass was a highly promising source of energy. It can be used not only as fuel but also in the production of ethanol, according to the scientists.

Those benefits are already clear in northeastern Brazil where a thermal power plant is using elephant grass to produce energy. The grass, which is grown across 4,000 hectares of land, helps to generate 30 megawatts of electricity. A few small companies are making use of the elephant grass in the form of pellets and briquettes to fire up ovens.

That has made elephant grass especially attractive to the ceramics industry, which requires high temperatures and large amounts of energy. It’s estimated that it would take only 100 hectares of elephant grass to power the furnaces in a mid-sized ceramic production facility. And those fields can be harvested and re-harvested several times a year.

Although plants like elephant grass are a boon for the biofuels industry, they also bring with them a host of problems. 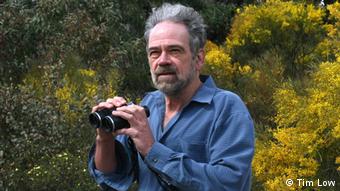 Experts warn that officials need to carefully consider which biofuel crops to plant and carry out a thorough risk assessment about which crops are really suitable for long-term use. “Biofuel crops are in right now because they solve a global problem,” Tim Low from the Invasive Species Council in Australia, says. “And because of that, the risks of the plants spreading out of control is played down,” he says.

When it comes to genetically-altered plants, officials in Europe carefully scrutinize the environmental consequences before granting approval. The same risk analysis is needed for all other plants, too, Tim Low says. One state in Australia has banned the cultivation of the biofuel plant jatropha, for example, because it belongs to a long list of dangerous weeds.

Like many other environmentalists around the world, Low has mixed feeling about biofuels as an energy source of the future. The Brazilian branch of Greenpeace and WWF say biofuels only makes sense if the cultivation process is sustainable and eco-friendly.