EU finance ministers meeting in Luxembourg on Saturday agreed in principle to levy a tax on airplane tickets to fund extra development aid. The tax would be voluntary or obligatory depending on the country. 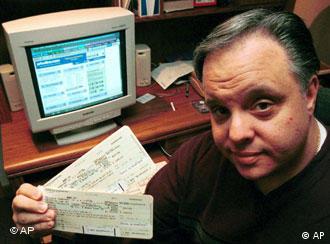 Plane tickets are about to get more expensive

"We have an agreement to introduce voluntary contributions on air tickets," said Luxembourg Prime Minister Jean-Claude Juncker during a break in talks he was chairing among finance ministers from the 25 EU member states.

But even as he made the announcement, there appeared to be some confusion lingering as to how the tax would work, as well as some dissenting voices among the gathered ministers.

Austrian Finance Minister Karl-Heinz Grasser, for example, attacked the idea as being unfair for consumers and said that Austria would not take part. But according to the Belgian minister, the financial burden for air passengers would be small.

"This contribution could be one or two euros at the departure of flights," Didier Reynders of Belgium said after the meeting. 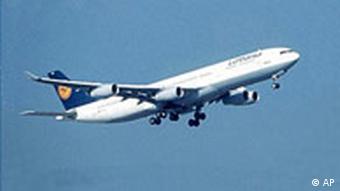 The new tax would apply to tickets issues in Germany

However, the ministers gave up on another idea to tax jet fuel after it won the support of only a small minority.

The European Union's executive commission is to hammer out the details of the airline ticket tax ahead of the ministers' next meeting set for June 7.

German Chancellor Gerhard Schröder backed the ticket tax scheme after it was first floated by French President Jacques Chirac, seeking a way for rich nations to increase aid to Africa and the developing world.

According to a document drawn up for the ministers' meeting in Luxembourg, a tax on airplane tickets would be "relatively simple to implement on a flat rate basis on all flights and have no significant evasion/avoidance problems."

It estimated that a tax of 10 euros ($12.60) on EU flights and 30 euros on international flights outside the EU would raise six billion euros ($7.6 billion) per year. No figure was agreed in Luxembourg, and it appears that the tax would be much smaller than 10 euros.

Aid proposals due in September

EU finance ministers are studying ways of increasing development aid in order to have a package of proposals that can be put forward at a UN summit in September.

The ministers also broadly agreed to a proposal from the European Commission that EU countries should aim to increase development aid to the equivalent of 0.56 percent of gross national income by 2010 and 0.7 percent by 2015.

"Most important is that we got a consensus on objectives that were the proposal of the commission to go to 0.56 percent in 2010 and 0.7 percent in 2015. This is very important," Austrian minister Grasser said after the meeting.

The ministers are struggling to find ways to meet the so-called UN millennium development goals, which were set in 2000 and aim in particular to slash global poverty in half by 2015.

Although a US-Europe rift threatened to torpedo a British-led initiative to tackle global poverty as finance chiefs from the Group of Seven met in London, a pledge to provide debt relief was secured at the last minute. (Feb. 5, 2005)

A proposal put forward by Germany and France to tax commercial aviation fuel to raise funds for development in Africa was endorsed by the European union executive on Tuesday. (Feb. 15, 2005)

In Germany, airlines enjoy generous government tax breaks while rail companies pay environmental and fuel taxes, even though they pollute less. The paradox has environmentalists and rail officials upset. (Jan 1, 2005)