Up to 20 ethnic Hazaras, a Shiite minority group, have been abducted by gunmen in the southern Afghan province of Zabul, according to an official. No militant group has yet claimed responsibility. 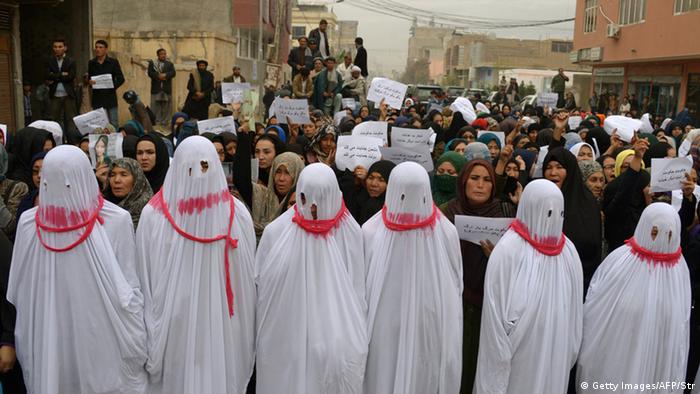 Ghulam Jalani Farahi, deputy provincial police chief in the Zabul province, said up to 20 ethnic Hazaras were forced off buses by unidentified gunmen before dawn on Saturday on the Kabul-Kandahar highway.

"The gunmen asked for identity documents and when people showed them, they took away only Hazaras," Sayed Mohebullah, a manager for the Ahmad Shah Abdali bus company, told Reuters. He added that he believed the attackers also took people from other buses.

No group has claimed responsibility yet. Both the Taliban and the "Islamic State" have been blamed for past abductions.

The Hazara are a Persian-speaking, mainly Shiite minority which has long faced persecution in Afghanistan. Thousands of Hazaras were murdered by the Taliban and al Qaeda in the 1990s.

This year, the Hazara minority became the target of a new series of killings and kidnappings in Afghanistan.

Militants murdered seven Hazara earlier in November in Zabul, after having abducted them in Ghazni province up to six months earlier. The victims were beheaded.

Thousands of people took to the streets in Kabul on November 11 and demanded the government improve security across the country. It was one of the biggest protests in Kabul in years. The protestors tried to scale the walls of the presidential palace, but the police dispersed them with warning shots. Seven people were wounded.

Protesters have tried to scale walls around the presidential compound as rage builds over unsolved killings of ethnic minorities in the capital Kabul. Demonstrators have been camped outside the palace following funerals. (11.11.2015)

An armed group has stopped two buses traveling to Kabul and taken dozens of hostages, mostly members of the Hazara Shiite minority, authorities claim. The Taliban were said to have denied involvement. (24.02.2015)