Saudi Arabia is threatening to expel undocumented workers who don't leave during an amnesty. But many would rather risk arrest than face an uncertain future in Ethiopia. 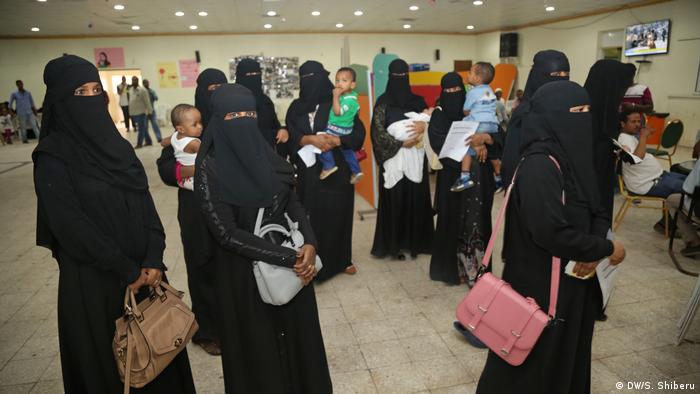 About 85,000 Ethiopians have secured the visas to return home

Zeraberuk Hagos has worked illegally in Saudi Arabia for a number of years, holding jobs from shepherding camels to hard physical labor. He and his family are taking advantage of Saudi Arabia's current migrant amnesty program to voluntarily return to Ethiopia.

The amnesty means they won't be punished or fined when they leave, and they will be able to return (but only legally) in the future.

Hagos told DW that he was heading home because his wife and children were with him in the Middle East, and he was worried about them being swept up in raids when the amnesty expires. Undocumented workers who are still in Saudi Arabia when the amnesty ends on July 25 face punishments and deportation.

If he was alone, he would remain, Hagos said, because Ethiopia has nothing to offer him. "When the Saudi government forcefully evicted us last time, I went to my hometown," he said, referring to a previous migrant amnesty in 2013. "The [Ethiopian] government made a number of promises but nothing was ever done. Therefore I crossed the sea and went back to Saudi on a life-threatening journey."

It's difficult to know exactly how many undocumented Ethiopians live in Saudi Arabia. Some Arab news sites have reported that Saudi officials expect around one million undocumented workers, primarily from Asia and Africa, to leave the country. 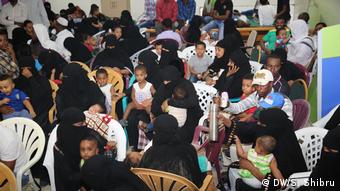 Ethiopia's Communications Minister, Negeri Lencho, said that so far, 85,000 Ethiopians had secured visas to return. But many of these would-be-returnees have found themselves stuck in the Gulf country, with planes hopelessly overbooked.

The amnesty was originally due to expire on June 25 (at the last moment it was extended by 30 days), which coincided with the end of the Muslim holy month of Ramadan and a Saudi national holiday. It was a recipe for chaos.

DW's Ethiopian language service correspondent in Riyadh saw thousands of Ethiopians crammed in provisional quarters while waiting to leave, sleeping everywhere from an Ethiopian community school to the airport terminal, and even under the stars. "I have been here for three consecutive days, sleeping in a field," an Ethiopian man told DW.

Another Ethiopian woman said that living conditions at the shelter where she was sleeping were abysmal. "We suffer a lot," she said. "We were jam-packed in one room like a cattle, bodies, and luggage piled on top of each other." 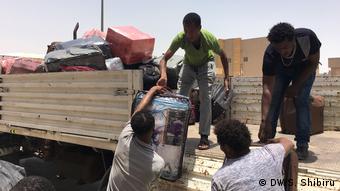 All illegal migrants have until July 25 to return voluntarily

Struggling to hold back her tears, she said she felt abandoned by the Ethiopian government. "We are confused. We do not know to whom to direct our pleas."

During round-ups at the end of the 2013  amnesty, a number of Ethiopians were killed in clashes with Saudi police. The Regional Mixed Migration Secretariat, a lobby group that monitors migration in the region, recorded beatings, sexual abuse, killings and theft of migrants' belongings.

But despite potentially facing punishment and violence if they stay, many Ethiopians are still reluctant to leave Saudi Arabia.

Family pressure, chronic poverty, lack of job opportunities and reintegration problems are often given as reasons for this. Foreign workers are held in high esteem for sustaining their families with remittances; returnees are seen as failures and a burden to their communities.

Ethiopians told DW they preferred hardship and abusive treatment by their employers to the bleak economic outlook back home. One 17-year-old told DW he was adamant he "wouldn't go back." "I am not in a situation to return," he said. "I don't have a job."