As Ethiopian troops continue an offensive in the Tigray region, PM Abiy Ahmed has made major changes to his cabinet, including replacing his army chief. Soldiers were reportedly injured on the fifth day of the conflict. 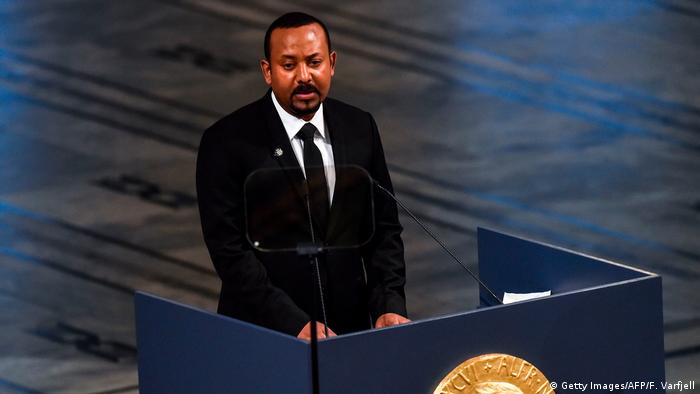 Ethiopian Prime Minister Abiy Ahmed made major changes to the country's military and intelligence leadership. Ahmed's actions came on Sunday as many soldiers were reportedly injured in a five-day conflict in the country's Tigray region.

While Ahmed did not give details on the reasons behind the cabinet reshuffle, the changes brought major supporters of the Tigray operation to the forefront.

The former deputy of the armed forces, General Birhanu Jula, was named as the army chief. Foreign Minister Gedu Andargachew was reassigned as security advisor to Abiy, with Deputy Prime Minister Demeke Mekonnen replacing him.

Demelash Gebremichael was removed as head of intelligence. He will now lead the Federal Police Commission, while former Amhara regional leader Temesgen Tiruneh steps into his role.

General Birhanu Jula told local media that several locations in the Tibray region were now under the federal army's control. "The army has destroyed all the heavy weapons controlled by the infidel group. Now it is marching forward,'' he said.The airports and roads have been closed in the region, with communications almost completely cut off.

The PM urged "all Ethiopians to take responsibility for ensuring that Tigrayans do not fall prey to any illegal activity that follows the government's actions.''

Ahmed has launched an operation against the Tigray ruling party, who he has accused of trying to destabilize the region. "I personally call upon the international community to understand the context and the consistent transgressions by the TPLF clique," he said, referring to the Tigray People's Liberation Front.

The Nobel Peace Prize winner urged his citizens not to target the ethnic Tigray people, with rising fears of a civil war. According to Doctors Without Borders, at least 60 people have been wounded and six killed in the conflict along the Tigray border.

Fears of a country-wide war

The TPLF, once an ally of the federal government, has been critical of Ahmed's political reforms, and signaled frustration at seeing its influence diminished.

Tigray regional president, Debretsion Gebremichael, said on Sunday it would be beneficial to try and stop fighting federal troops, and negotiate with them.

Experts have warned that an escalation into a civil war could affect other regions of Ethiopia, as other ethnic groups demand more autonomy. Pope Francis also expressed worry over the situation in Ethiopia, urging people to "reject the temptation of armed conflict."

As Ethiopia's Prime Minister Abiy Ahmed sends troops into the Tigray region, the country could be on the brink of a civil war.