A 72-hour deadline for Tigray forces to put down their weapons had now passed, the prime minister has warned. He said religious and historical sites, institutions and residential areas would not be targeted. 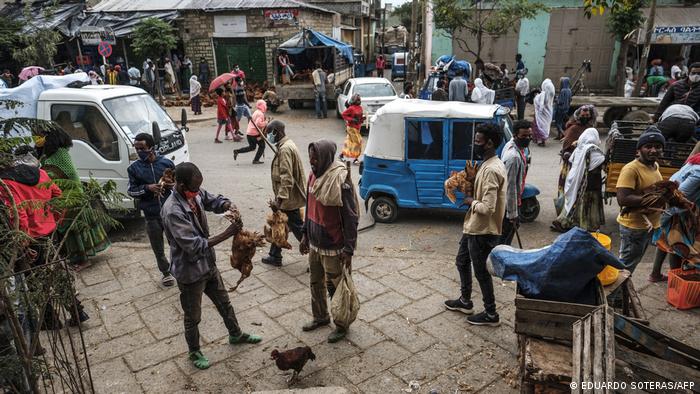 Ethiopian Prime Minister Abiy Ahmed said on Thursday that the country's military is in the "final phase" of its operation against fighters in the Tigray region's capital, Mekele.

He told civilians to stay at home, warning that a 72-hour deadline for Tigray People's Liberation Front (TPLF) forces to put down their weapons had now passed.

The prime minister vowed that religious and historical sites, institutions and residential areas would not be targeted. 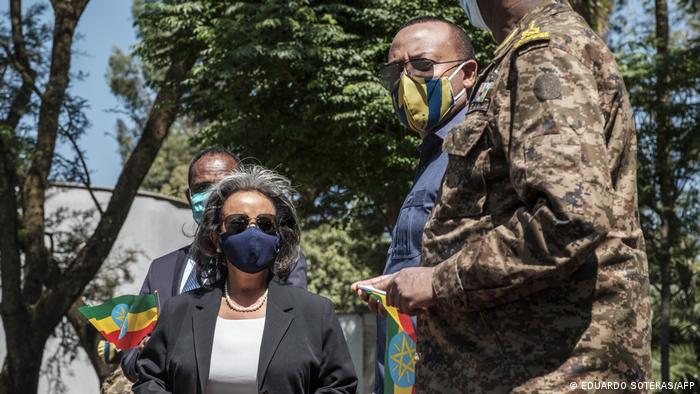 Ethiopia's PM says the army's operation is in the final phase.

"Thousands of Tigray militia and special force members have surrendered during the 72 hours ultimatum we provided," Prime Minister Abiy said in a Facebook post. "We urge residents of Mekele to lay down arms, stay indoors and steer away from military targets," he added, referring to the Tigray capital.

The TPLF party, which controls Mekele, says it will keep fighting. It denied government claims several of its troops had already surrendered.

Ethiopia's army blocked one of the main roads leading to Sudan on Thursday, refugees told AFP news agency. Those attempting to flee the conflict were being turned back by army officers.

DW has been unable to independently verify the claims. Details have been hard to confirm in the month-long conflict because phone, mobile and internet communications have been cut.

Hundreds of people have reportedly been killed and thousands have been forced from their homes as Ethiopian forces have seized various towns in Tigray from the TPLF.

The TPLF fighters, who are estimated to be as many as 25,000, are drawn mainly from a paramilitary unit and a local militia. 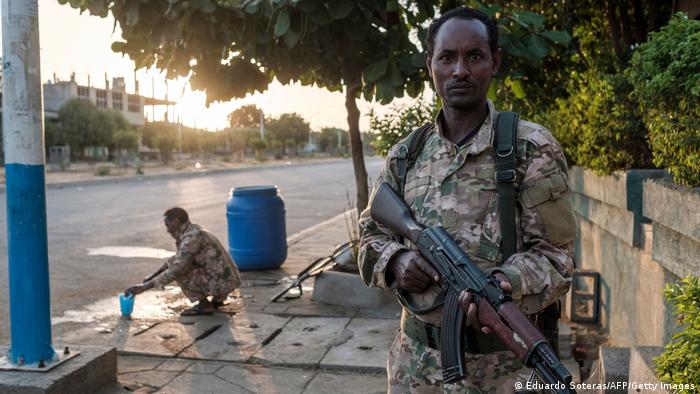 There are an esimated 25,000 fighters loyal to the TPLF

The African Union, whose headquarters is based in the Ethiopian capital Addis Ababa, wants to send three representatives to the region to try and mediate an end to the conflict.

Ethiopia says the matter is an internal affair affecting its national security.

Daniel Bekele, head of the state-appointed Ethiopian Human Rights Commission, said "extreme caution to avoid civilian harm is of even greater importance, now, at this stage of the conflict".

On Wednesday, Human Rights Watch said both sides must avoid putting civilians in danger. The government's warning did not absolve it of the duty to protect civilians when conducting military operations in the city of Mekelle, the watchdog said.

"We are also concerned by reports that the TPLF has deployed its forces in heavily populated areas. They need to ensure the safety of civilians under their control," it said.

Tensions between the central government and the TPLF have been long-running.

Prime Minister Abiy's 2018 election victory sidelined the group, which was once the most dominant political force in Ethiopia.

The row flared up in June when the government postponed the election owing to coronavirus.

The TPLF held their own regional vote, which ministers denounced as illegal.

Abiy responded by announcing a military operation on the group, accusing it of attacking an army base on November 4.

The Tigray region is scheduled to vote Wednesday — in defiance of Ethiopia's federal government. National officials are nervous, but their counterparts in Tigray say they are safeguarding democratic rights and autonomy.