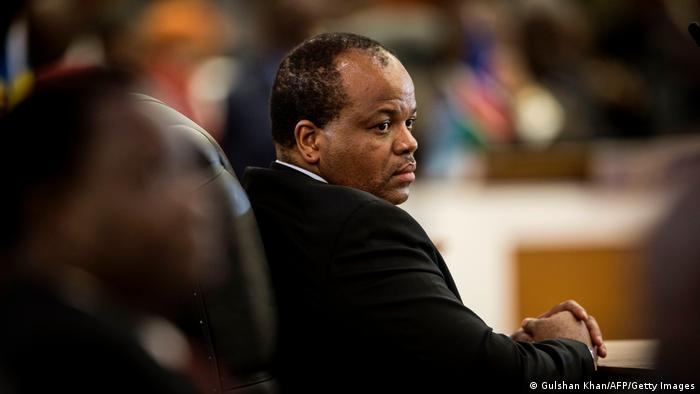 Anger against Eswatini's King Mswati III has been building for years in the country. However, protests against him are rare.

The government said Tuesday it has imposed a curfew from 6 p.m. to 5 a.m. and ordered businesses to close by 3:30 p.m.

Acting Prime Minister Temba Masuku said the "government has been following these protests" and heard their demands.

"We will be working with Parliament and all concerned stakeholders to action them accordingly," Eswatini's government quoted Masuku as saying on Twitter.

What do we know about the unrest?

Over the past three days, footage circulating on social media showed people burning tires and barricading streets in the largest city, Manzini, and the central town of Matsapha.

Security forces set up roadblocks to prevent some vehicles from accessing the capital, Mbabane.

AFP news agency reported, citing witnesses and activists, that military soldiers were deployed across Eswatini, which changed its name from Swaziland in 2018.

Eswatini's youth has had enough of its king

Royal clash: Eswatini's Youth has had enough of its king

"The military is on the streets," Lucky Lukhele, spokesman for the pro-democracy grouping Swaziland Solidarity Network, told AFP.

"Yesterday was the worst night ever, where a young man was shot point-blank by the army, and some are in hospital as we speak," Lukhele said.

What are protesters demanding?

Activists accuse the king of running a repressive government and evading calls for reforms in Eswatini.

The king has also been accused of using public coffers to fund a lavish lifestyle off the backs of 1.5 million citizens, most of them subsistence farmers. 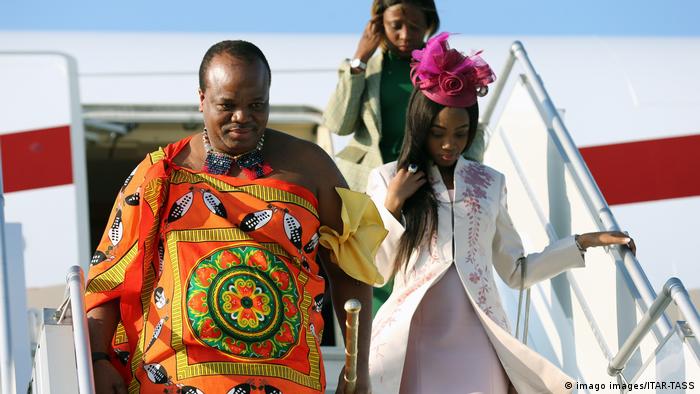 Protesters are calling for a democratic government that will serve the people's interests, said Sakhile Nxumalo of the Swaziland Youth Congress, which is involved in the demonstrations.

"People want a democratic government where they can elect their own leaders, in particular, they want a republic so that the country can be led by a president,'' Nxumalo said.

Nxumalo added that protesters are demanding that all businesses owned by the royal family be seized or destroyed.

What is the political situation in Eswatini?

King Mswati III is Africa's last remaining absolute monarch. He has been in power for over three decades.

The 53-year-old monarch denies being an autocrat, and is unrepentant about the lifestyle enjoyed by him and his 15 wives, who occupy several state-funded palaces.

Since 1973, political parties have been banned in Eswatini and barred from participating in parliamentary elections.