Relief for the chancellor - both houses of the German parliament have agreed to the European bailout fund and the fiscal pact. But they're not yet ratified - the constitutional court and the president have the final say. 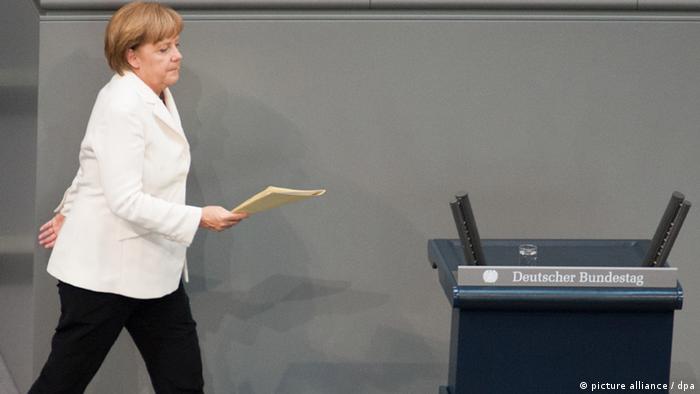 It was a long struggle for Chancellor Angela Merkel's government. After months of negotiations, despite plenty of misgivings and criticism, more than two-thirds of the Bundestag (the lower house of the German parliament) approved the legislation that will put the permanent European Stability Mechanism (ESM) and the European fiscal pact into German law.

The government also achieved the necessary two-thirds majority in the Bundesrat, the upper house that represents Germany's 16 states.

"We're sending out a signal that Europe is our future," said an unusually tense Angela Merkel as she sought the Bundestag's approval. She had come straight from a long night of negotiations in Brussels dogged by accusations of having capitulated to Italy and Spain.

One of the agreements made at the summit attracted particular criticism from both the opposition and some MPs from Merkel's own party - that taxpayers' money from the ESM would flow directly into ailing European banks.

This represents a 180-degree turn for the chancellor, declared Carsten Schneider, budget spokesman for the center-left Social Democratic Party (SPD). 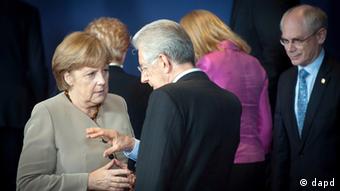 Merkel was accused of capitulating to Italy and Spain

At the beginning of Friday's Bundestag debate, socialist Left party spokeswoman Dagmar Enkelmann even demanded the dismissal of the vote on the two European agreements. She accused Merkel of "the arrogance of power," before saying, "This is … making a fool of the parliament."

But most of the MPs did not share this view. On the ESM, 493 voted in favor and 106 voted against, while on the fiscal compact, 491 voted in favour and 111 voted against - which means that the majority of SPD and Green Party representatives joined the government parliamentarians in support of Merkel.

The SPD, without whose votes the government would not have achieved its two-thirds majority, was fairly satisfied because the Brussels summit agreed a growth pact of over 120 billion euros ($151 billion) as well as a financial transaction tax.

But the latest Brussels resolutions did briefly threaten the compromises that had been painstakingly agreed between the Merkel's government and the opposition.

That was partly because Merkel justified her decision to allow the direct recapitalization of the banks with public money on the grounds that this would only be possible once a banking supervision authority had been established in the eurozone, which, she said, "should only come about in several months or a year."

This did little to convince SPD leader Sigmar Gabriel, who said such a banking authority would contradict the new ESM bill, which requires banks to fulfil certain conditions in exchange for financial help. "If you want to do it another way, then you have to come back to the Bundestag," Gabriel warned the chancellor. 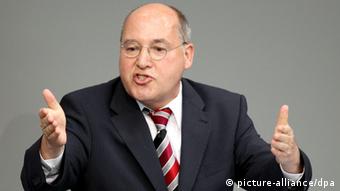 Many Bundestag MPs, not just in the opposition, had the feeling they were considering legislation that was at least partially already outdated by pressures in the market. "The child isn't even born, and we're already discussing plastic surgery," one conservative MP remarked.

The only party to unanimously reject both agreements was the socialist Left party. Their parliamentary leader Gregor Gysi accused the government of breaking the German constitution by proposing bills that hedged parliament's fiscal powers.

Immediately after the vote, the Left party announced that it would be filing a challenge at the German constitutional court in Karlsruhe to stop German President Joachim Gauck from signing the bill into law - and the court has four further challenges to consider as well. The government, desperately trying to steady the euro, has called on the court to make its decision as soon as possible.

But Germany's final ratification of the ESM and the European fiscal pact are still outstanding.

Germany’s parliament has endorsed the ESM and fiscal pact – a move that supports European efforts to weather the financial crisis. It was a long struggle, but it’s the right move, says Peter Stützle. (30.06.2012)