Erich Kästner: 'Going to the Dogs'

An intoxicating book that reads like a ramble through the dark side of Berlin shortly before the Nazis came to power. Erich Kästner had to watch his novel about life in the big city go up in flames. 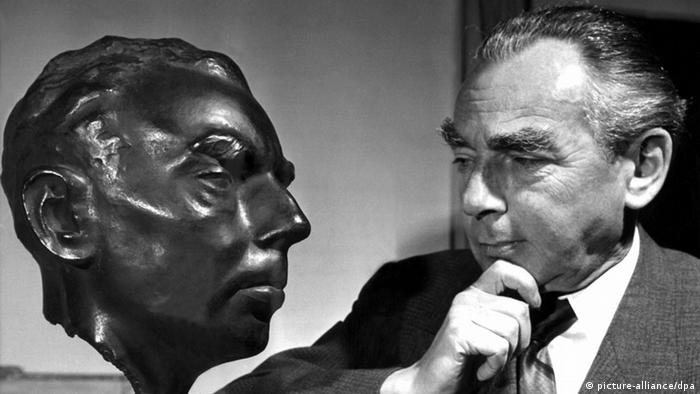 On May 10, 1933, a sea of flames lit up the darkness on Berlin's State Opera's square. The Nazis had thrown the books of unwanted authors on the fire — works including those by Kurt Tucholsky, Heinrich Mann, and Erich Kästner. His novel Going to the Dogs was especially despised by the Nazis, who considered it the epitome of "decadent asphalt literature."

Unlike many of his colleagues, Kästner stayed in Germany after 1933. He was able to continue working in spite of a ban on his publishing and constant harassment by the Gestapo. Under a pseudonym, he wrote harmless scripts for Nazi entertainment flops.

It would have been a different story for him if his novel Going to the Dogs had been published in its original form; what was published in 1931 was only a defused version.

'Going to the Dogs' by Erich Kästner

'Going to the Dogs' by Erich Kästner

The original was a lot more radical, more concrete. To protect the author as well as the publisher's reputation, Kästner's worried editor asked for text to be cut. The author grudgingly agreed, and even his beloved book title was changed from "The walk to the dogs" to "Fabian" in German.

The story is derived from the nightly, quite explicit rambles through Berlin's nightlife. It's the end of the 1920s. Dr. Jakob Fabian, an unemployed copywriter, becomes the chronicler of the noisy intoxicating atmosphere. It's about fast, casual sex; about lesbian love, longing and suicide in a world of brothels, artists' studios and illegal pubs. Everyone cheats everyone and goes bad in Berlin, this juggernaut of modernity. It's a dance atop a volcano; the catastrophe of the Second World War is approaching. 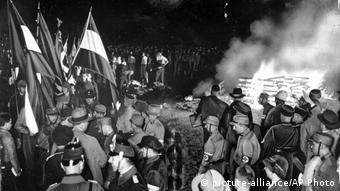 "So far as this vast city consists of bricks and mortar, it is practically the same as of old. But so far as its inhabitants are concerned, it has long since resembled a madhouse. In the east resides crime, in the center roguery, poverty in the north and vice in the west, and ruin dwells at every point of the compass."

In the novel, anyone who wants to get anywhere has to prostitute themselves. Everyone knows their partner could dump them at any time for someone better.

Although Fabian's forays through Berlin's nightlife are largely the same in the abridged version, the original version is much more explicit. Vivid sexual exploits that describe things such as throwing a "mistress over the desk" or references to a "rubber penis" have been deleted.

Even politically questionable remarks fell victim to self-censorship. For example, Kästner had to completely take out a scene describing Fabian's wonderful bus trip with his buddy Labude, where both of them ridicule national sanctuaries like the Brandenburg Gate in front of a stunned public. With those passages left out, the first published version sounded more harmless.

Thanks to a newly edited edition released in German in 2013, it is now possible to rediscover Kästner's big-city novel as initially conceived by the author, and under its original title Der Gang vor die Hunde. Reading it today, it feels as current as ever. The fears of a generation as expressed by Fabian — about starting a family in the face of uncertain working conditions — are as relevant today as they were in the 1930s.

Erich Kästner was born in Dresden in 1899 and died in 1974 in Munich, where he lived after leaving Berlin after World War II. His children's books and youth novels such as Emil and the Detectives (1929), Anna Louise and Anton, Lottie and Lisa or The Flying Classroom are especially famous and still widely read today. His poems belong to Germany's cultural heritage. Kästner was president of the West German PEN Center for decades.

12 German children's books classics you can read in English

Whether you'd like to introduce your kids or yourself to German culture, a good place to start is with literature for children. For World Children's Day, here are a few of the country's favorites. (20.09.2018)