The firing comes five years after Eric Garner died during an altercation with New York Police officers. Garner's dying words, "I can't breathe," became a rallying cry to protest police violence in the US. 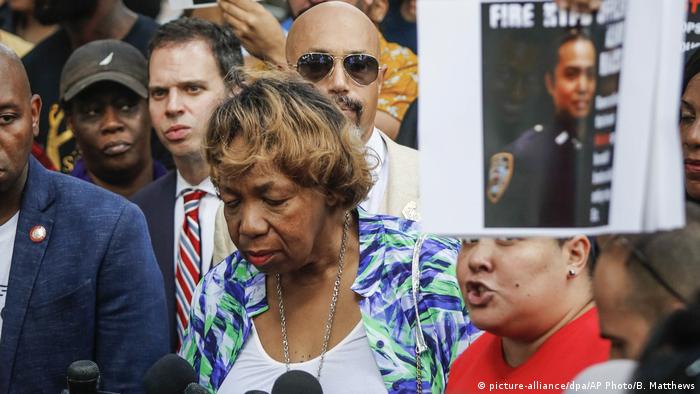 A police officer involved in the deadly chokehold of Eric Garner was fired by the New York Police Department on Monday, five years after the death fueled national protests over race and police brutality.

The fatal altercation with officer Daniel Pantaleo, who is white, and other police officers was filmed on a cellphone as they attempted to arrest Garner, an unarmed black man who was suspected of selling loose cigarettes. The 2014 video showed Garner in a banned chokehold and captured his dying gasps, "I can't breathe," his final words that became a rallying cry by protesters and the Black Lives Matter movement.

Police Commissioner James O'Neill on Monday announced, "It is clear that Daniel Pantaleo can no longer effectively serve as a New York City police officer."

Pantaleo's lawyer said he would appeal the decision.

'There are no victors'

"Every time I watched the video, I say to myself, as probably all of you do, to Mr. Garner: 'Don’t do it. Comply.' To Officer Pantaleo: 'Don't do it,'" O’Neill said, adding that there are "absolutely no victors here today."

The police commissioner said Garner was wrong to resist arrest — but also stressed he had empathy for Pantaleo.

"That could possibly be me... I may have made similar mistakes," O'Neill said.

O'Neill's statement came two weeks after a departmental judge with the NYPD earlier this month found that Pantaleo — who had been on desk assignment since the 2014 incident — had a "glaring dereliction of responsibility that precipitated a tragic outcome" and recommended the officer's firing.

Pat Lynch, who leads the police union Police Benevolent Association, gave a fiery speech condemning O'Neill and the NYPD's decision: "It is absolutely essential that the world know that the New York Police Department is rudderless and frozen."

“The leadership has abandoned ship and left our street officers on the street alone, without backing."

The debate over whether to punish Pantaleo has divided the country. In December 2014, a grand jury in Staten Island declined to indict Pantaleo on criminal charges. The decision was celebrated by the officer's supporters — but also sparked renewed protests over police violence. 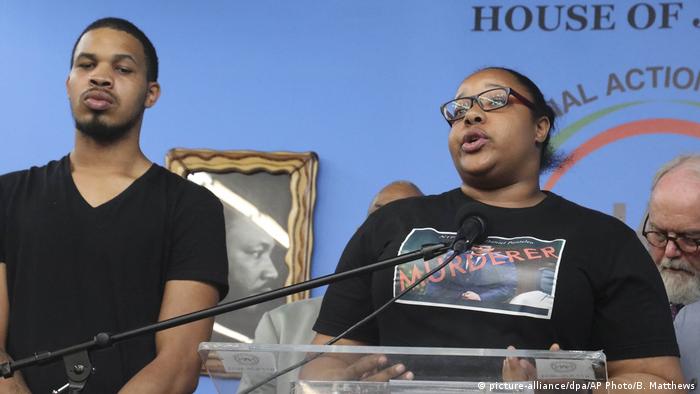 Eric Garner's daughter, Emerald Garner, on Monday welcomed the decision to fire Pantaleo but insisted her family's activism would not yield.

"We will be going after the rest of the officers involved because it's not over," she said, adding that the family will continue pushing for a law that will ban chokeholds in the police force.

Eric Garner's mother, Gwen Carr, told reporters, "Pantaleo, you may have lost your job, but I lost a son."

White nationalist rally in Washington drowned out by counterprotesters

A white supremacist rally outside the White House a year after the deadly extremist march in Charlottesville has drawn only a few dozen supporters. The event was overshadowed by thousands of chanting counter-protesters. (13.08.2018)