Erdogan's 'Goldfinger' on trial in US

Iranian-Turkish businessman Reza Zarrab is on trial in New York, accused of violating sanctions against Iran. He has President Erdogan's support. Erdogan's family is said to have profited from Zarrab's business deals. 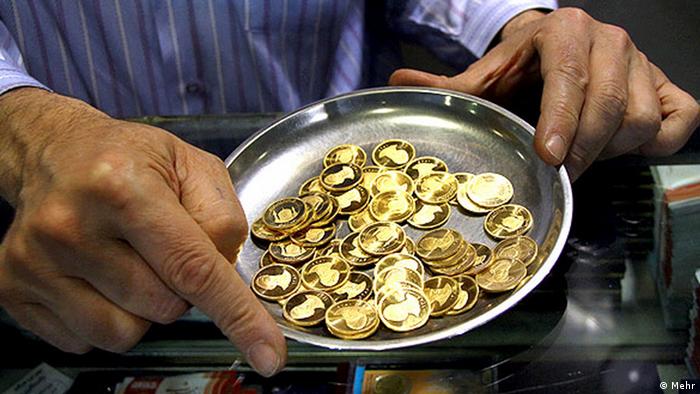 In mid-September while the UN General Assembly was taking place in New York, the Turkish head of state, Recep Tayyip Erdogan, sought a private audience with US Vice President Joe Biden. The US authorities had arrested a Turkish-Iranian businessman, who has Erdogan's personal support.

The case concerns 33 year-old Reza Zarrab, who has allegedly spent years handling money transactions between Iran and Turkey - on a significant scale and with the support of the Turkish government. He has pleaded not guilty.

Journalists describe Zarrab as Erdogan's "Goldfinger." The only problem was that he violated the sanctions that Washington had imposed on Iran. According to his lawyers, Zarrab, together with his wife and 5 year-old daughter, traveled to the US in March 2016 to visit the Walt Disney World Resort in Orlando. Since his arrest in Miami, he has been detained in New York to await trial.

Erdogan sees the whole affair as a conspiracy, as an attempt to drag his name through the mud. He also accuses the New York public prosecutor who is responsible for the charges, Preet Bharara, of maintaining contact with his arch-enemy, Fethullah Gülen. 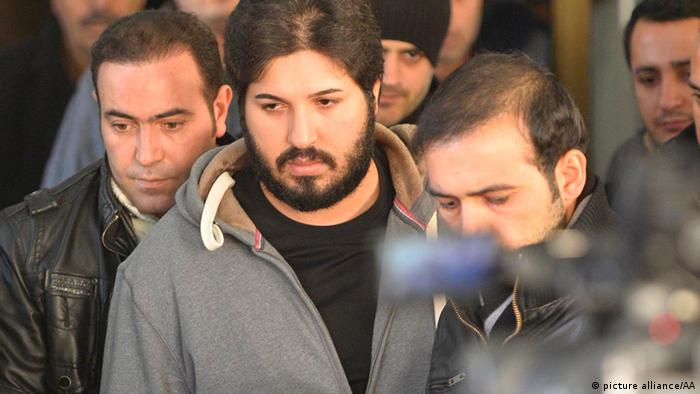 Reza Zarrab was freed after his detention in Turkey under Erdogan's watch, but then he traveled to the US

In a recent interview with Deutsche Welle, Tolag Tanis, Washington correspondent for the "Hurriyet" newspaper, says he believes that Erdogan is seriously concerned. According to his information US authorities have solid evidence that Erdogan and other high-ranking politicians from his party, the AKP, were involved in breaching the sanctions against Iran. Tolag Tanis is referring to documents held by Bharara.

Preet Bharara is one of the most internationally renowned public prosecutors for dealing with criminal networks. In a report he has described Reza Zarrab's relationships with "corrupt politicians in Turkey." For example, between March 2012 and August 2013 Zarrab is believed to have paid the former Turkish economics minister, Mehmet Zafer Caglayan, a total of 32 million euros, 10 million US-dollars and 300,000 Swiss franks. It will now be determined whether this unusually large payment to a high-level politician has involved kick-backs.

In theory the US justice department could open investigations into several other high-ranking AKP members. For example, Reza Zarrab had direct contact with the former prime minister and current head of state, Erdogan. Erdogan's wife Emine runs the TOGEM-DER foundation, which assists the mentally and physically disabled. According to the Iranian-Turkish political expert, Hossein Zamanloo, Zarrab donated $4.5 million to the foundation. "This is the largest donation that TOGEM-DER has ever received," Zamanloo said during a recent DW interview. 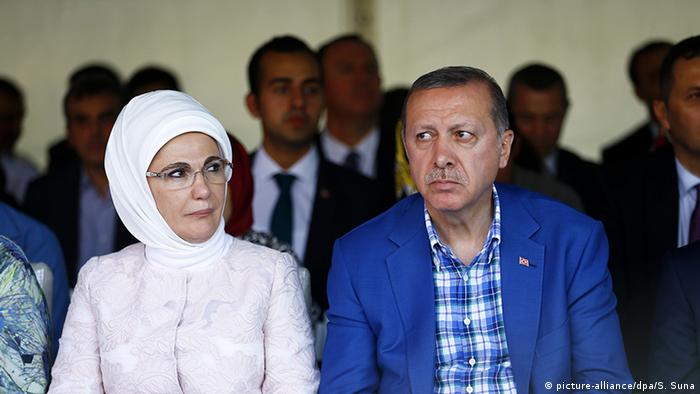 Turkish media describe Emine Erdogan as a founding member of the foundation as well as its most well-known face. Erdogan now denies that he or his wife were ever founding members. At the time of publication, Emine Erdogan was visible in three out of seven images on the organization's online homepage.

Turkey's top national security body has called for an extension to the controversial state of emergency imposed after the July 15 coup. Some 32,000 suspects remain in custody in the unprecedented crackdown. (29.09.2016)

When a coup failed in Turkey in July, the country's president wasted no time in blaming followers of Fethullah Gulen. Ercan Karakoyun, the director of the Gulen movement in Germany, is Conflict Zone's guest this week. (29.09.2016)

Corruption with a history

Reza Zarrab has already been at the center of investigations several years ago - in that case he was arrested and charged by Turkish authorities. In the winter of 2013 the Erdogan government was rocked by the biggest corruption scandal in Turkish history. Public prosecutors in Istanbul accused Zarrab of offering large bribes to members of the Turkish government. Zarrab was also alleged to have bought government support for his illegal gold trades with Iran.

This scandal almost cost Erdogan his job. Three of his cabinet ministers stepped down. In a clever maneuver after the accusations were made public, Erdogan had thousands of police, judges and public prosecutors removed from office. The corruption investigators also lost their jobs. The charges against all of the accused were dropped. Reza Zarrab was also released - after 72 days imprisonment.

It remains a mystery why Reza Zarrab risked traveling to the USA in spring this year. He must have known that the US authorities were hot on his heels. "Breaches of the sanctions against Iran are a very sensitive topic for the US justice department," American-Iranian political scientist from Rutgers University, Hooshang Amirahmadi, tells DW. "For Erdogan it's not just about the situation with Reza Zarrab. He wants to prevent proof of the widespread corruption in the Turkish political system from being made public."