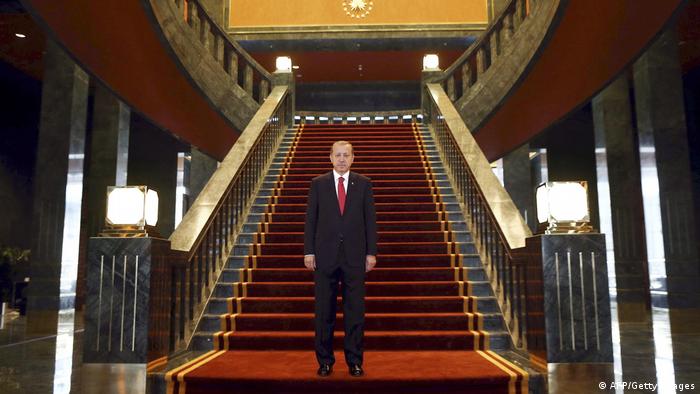 "The long arm of international media organizations in Turkey" is the title of a study by the Turkish Foundation for Political, Economic and Social Research (SETA) published in July. The study takes aim at foreign journalists, such as ones from Deutsche Welle, BBC and the Voice of America, publishing their CVs along with false or fudged information about their lives. SETA is known to be close to Turkish President Recep Tayyip Erdogan's Justice and Development Party (AKP). But there are some members of the public — particularly in Turkey — who want to know where the think tank gets its funding.

The family is one of the most influential in Turkey. Sadik Albayrak is an old friend of Erdogan's and has long been a part of the president's most inner circle. As is his youngest son, Berat, who is married to Erdogan's daughter and is currently Turkey's finance minister. Ties to SETA are personal as well since Serhat Albayrak, who for years ran the company that owned the government-friendly Sabah media group, is also the foundation's head.

SETA declined to comment on the source of its funding. 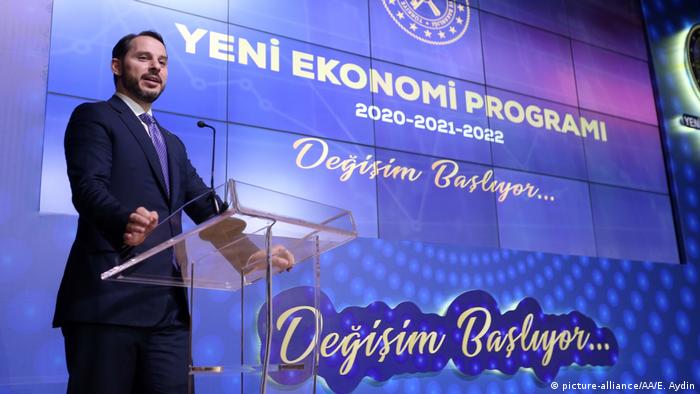 Berat Albayrak, whose family is a significant SETA funder, is Turkey's finance minister and Erdogan's son-in-law

After seeing details about the source of the foundation's funding, Jelpke said the time has come to pay closer attention to the think tank.

"SETA is not a harmless economic institution but a malicious lobby and denunciation organization for the Erdogan regime," she told DW. "It pillories supposed and real critics of the regime outside of the country and declares open season on them to Turkish-nationalist agents, trolls and strongmen. This organization with the closest of ties to the top of the AKP needs to be stopped."

Details provided in the federal information request show the German government was aware of the personal relationships between the Turkish regime and SETA. The government pointed out that one of Erdogan's consultants and spokespeople, Ibrahim Kalin, and the Turkish president's communications director, Fahrettin Altun, formerly worked for SETA.

The head of the foundation's office in Berlin, Zafer Mese, used to work as a research associate with a focus on foreign and security policy for the parliamentary group of Chancellor Angela Merkel's conservative Christian Democratic Union and its Bavarian sister-party, the Christian Social Union.

Some of the questions posed in Jelpke's information request went unanswered, including whether SETA has ties to the German government or if the government has made use of the foundation's services. Berlin also did not clearly address whether SETA is subject to government surveillance, saying instead that it either did not have the information or, for the well-being of the country, could not publish it. 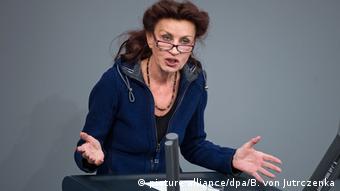 SETA is not a harmless economic institution, Jelpke told DW

"Hundreds of people are being denounced and open season has been declared on them," Jelpke said. "And the government is not willing to provide information about the possible dangers this quasi-intelligence service poses or possible investigations into it. Not even members of the Bundestag have access to this information."

The questionable study dedicates roughly 30 pages to DW, some of which reads like an indictment and attacks 15 DW journalists. The study rebukes the journalists for their publications and posts on Twitter. Just one tweet from a journalist reflecting the view of the opposition party is enough for the study to imply there is evidence the two are in cahoots. Much of the information appears to be presumptively gleaned from the internet.

In 2013, the Turkish government declared SETA a nonprofit organization and not subject to taxes, said Utku Cakirozer, a journalist and member of parliament from the opposition Republican People's Party (CHP). Ankara needs the foundation because it creates the perception of an independent view on government policies, he added.