′Erdogan wants to silence all opposition media′ | Europe | News and current affairs from around the continent | DW | 08.03.2016

DW talked to the Turkish editor-in-chief held in solitary confinement for his newspaper's revelation of arms smuggling into Syria. 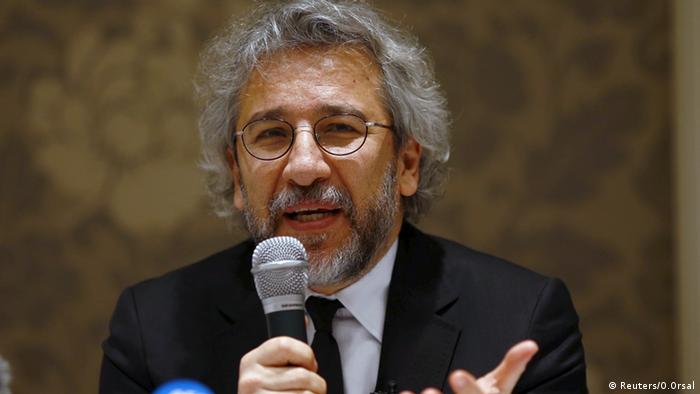 For 40 days Can Dundar paced his cell alone. Arrested and placed into solitary confinement for publishing an investigative story that exposed the machinations of the country's intelligence services and angered Turkey's president, his one comfort was reading. But merely consuming the news was a poor substitute for writing it.

The newspaper of which Dundar is editor, Cumhuriyet, is a major title, however his position at its head was not enough to shield him from the ever worsening government crackdown on Turkey's free press.

"We were treated reasonably well and were fine with the prison officials, but I must say solitary confinement itself is a terrible, terrible thing," Dundar told DW shortly after his release from pretrial detention on February 25.

Can Dundar was arrested along with his Ankara bureau chief Erdem Gul in November last year on charges of espionage and divulging state secrets for his paper's role in exposing how the Turkish intelligence service, MiT, was shipping arms across the border into Syria under the guise of humanitarian aid.

Back in January of 2014, local officials in Turkey's Hatay province had stopped an MiT truck heading for the border and attempted to search it, but had been rebuffed by the agency's men. The prosecutor responsible for the attempted search was whisked away to a different province.

But the story of the intelligence service's border trucks did not go away. In January of the following year the Turkish military itself accused the MiT of using the trucks to ship arms to radical Syrian rebels.

In May 2015, Cumhuriyet published its own report, which included video they had obtained of the MiT trucks laden with weapons bound for Syria. Turkey's president Recep Tayyip Erdogan was incensed and pledged that those responsible for the report would "pay a heavy price." 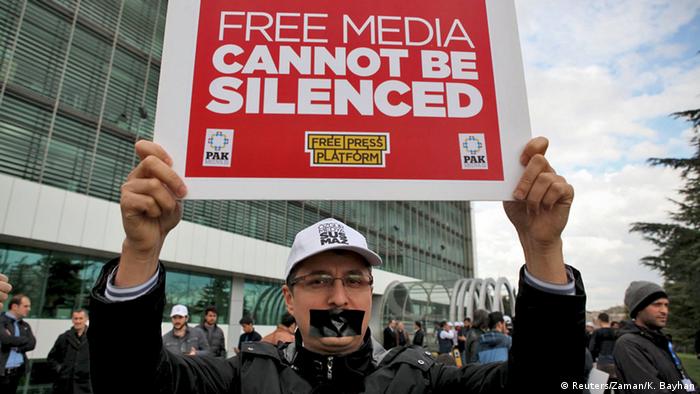 Erdogan would later claim that the MiT had transported weapons to the Bayır-Bucak Turkmens in Syria. "So what if there were weapons in [the Syria bound trucks]?" he said. "I believe that our people will not forgive those who sabotaged this support."

'Going to prison is part of the job'

"The two of us did not suffer psychologically in prison," Dundar said. "Being a journalist in Turkey, going to prison is part of your job and this was my short internship."

According to Dundar, the paper felt that publishing the story was clearly in the public interest and that it was important the government was scrutinized for the "dangerous game" it was playing in involving Turkey further in a civil war in Syria.

In the last few years, Turkey has experienced a consistently worsening environment for the press but president Erdogan took a special interest in Dundar and Gul's case.

"We had an open threat from the president," Dundar said, remembering Erdogan's public comments on the matter. In fact the interest appeared almost personal, a vendetta, Dundar said.

Dundar and Gul were released from detention on the orders of Turkey's highest court, but the case is ongoing. Two days after their release from pretrial detention Erdogan condemned the decision of the constitutional court, claiming he "does not accept or respect" the decision, and vowing not to "obey" the ruling.

Dundar's lawyer explained to reporters last week that the president's comments ought to be of little consequence as constitutional court rulings are final binding in Turkey. However, whether Erdogan's comments will have any effect on public opinion or on the trial itself, which is scheduled for March 25, remains to be seen. 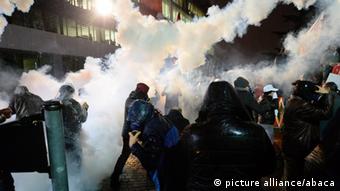 A further step along the way to authoritarian rule

"Usually the president is supposed to be the one ensuring everyone follows the law, but in Turkey we are the ones pushing the president to obey the law," Dundar said.

Dundar points out, however, that his case is not exactly unique. "I've been made something of an example of, I'm afraid," he said, "but it's important to remember that this case isn't an aberration - there are more than 30 colleagues of ours currently in jail."

During DW's interviews with Dundar, his criticisms of press freedom in Turkey were reinforced with a striking example. On March 2 an Istanbul court approved a state takeover of the country's largest newspaper, Zaman, along with its English-language sister title and the Cihan news agency.

"The takeover of Zaman is hardly a surprise," Dundar told DW. "But it's important because Zaman readers are largely potential AKP followers, not like Cumhuriyet or the Hurriyet newspaper."

"Erdogan wants to control all of the opposition media and is taking them over one by one - of course taking over a newspaper is a threat to all the others, it's a message that they should stay in line."

For Dundar, Turkey's government is leading the country down a road that leads ever further toward authoritarian rule. The European Union, he says, is easing the way.

"The attitude and stance of Europe is a great concern," Dundar said. "The refugee crisis is clearly very serious but I'm afraid the EU is accepting Turkey's abuses of basic rights and press crackdowns because of it - they are engaged quite comfortably in dirty bargaining on this."

"Europe should not be surrendering its fundamental values and condoning abuses of human rights in Turkey because of the refugee crisis."

Now, Dundar is recuperating ahead of his trial. Perhaps fittingly, it will be a closed hearing.

Asked whether, in light of the state takeover of Zaman, he fears for the future of his newspaper Dundar responded: "Nothing would be a surprise anymore, but somehow I don't think so. For me, however, Erdogan will do his best to put me away."