Turkish Preisdent Recep Tayyip Erdogan has accused the West of hypocrisy in its response to the attack on Charlie Hebdo. He said Israeli Prime Minister Benjamin Netanyahu had no business at the memorial in Paris. 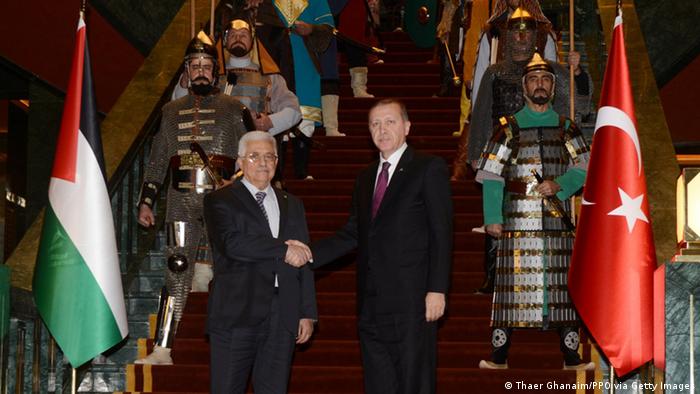 "How can a man who has killed 25,000 people in Gaza with state terrorism wave his hand in Paris, lilke people are waiting in excitement for him to do so? How dare he go there?" Erdogan said of the Israeli prime minister. 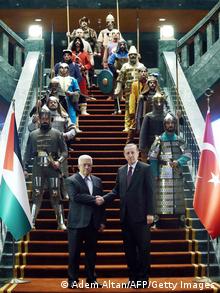 "You should first give an account for the children and the women you have killed," the Turkish president said. Erdogan is known for his frequent and strong criticisms of Israeli government policy, despite close bilateral trade ties between the countries.

Palestinian President Mahmoud Abbas also attended Sunday's ceremony; he and Netanyahu both took up prominent positions on either side of French President Francois Hollande during the march through the city.

Erdogan did not attend the ceremony, but Turkish Prime Minister Ahmet Davutoglu was present.

"The West's hypocrisy is obvious. As Muslims, we've never taken part in terrorist massacres. Behind these lie racism, hate speech and Islamophobia," Erdogan said. "Please, the administrations in those countries where our mosques are attacked need to take measures."

"Games are being played with the Islamic world, we need to be aware of this," Erdogan said.

Erdogan, whose prime minister spent Tuesday in Berlin rejecting allegations that Turkey had allowed one of the Paris gunmen's partners to move freely into Syria, instead questioned the French police response monitoring the attackers, who had recently served prison sentences.

"French citizens carry out such a massacre and Muslims pay the price. That's very meaningful … Doesn't their intelligence organization track those who leave prison?" he asked.

Turkey has long criticized its NATO partners for its cautious stance on the conflict in Syria and for siding with Israel over the Palestinians in the Middle East peace process. The West, for its part, has been critical of Turkey for allowing radicalized Europeans to cross the border into Syria.

The common law wife of one of the gunmen behind the Paris terror attacks has traveled through Turkey and disappeared near the Syrian border. Hayat Boumeddiene flew to Istanbul on the second of January. (10.01.2015)

The French-Turkish spat that could 'widen the civilizational divide' 29.10.2020