As G8 leaders trumpeted their landmark deal to cut global emissions by 50 per cent by 2050, the '50/50' agreement, which has yet to be sealed, was quickly lambasted by environmentalists as virtually meaningless. 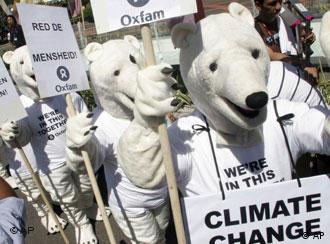 Meeting for the second day at a luxury mountain resort overlooking Lake Toyako, in the northern island of Hokkaido, the heads of state and government of the world's seven richest countries plus Russia turned their minds to the global economic slowdown, spiraling food and oil prices and the need to boost aid to Africa.

But they were also under intense pressure to make real progress on the climate change front.

Having failed to agree on medium-term cuts to greenhouse gas emissions, they issued a statement saying they would "consider and adopt" the goal of achieving "at least (a) 50 percent reduction in global emissions by 2050."

Jose Manuel Barroso, the head of the European Union's executive body, the European Commission, said he was "very happy about the results of the G8 on climate change."

German Chancellor Angela Merkel said they had made "clear progress."

"This is a significant step forward from Heiligendamm," Merkel told reporters, referring to last year's G8 meeting which she hosted in the northern German spa town. "This means that the international community will no longer get off the hook," she said.

However, South Africa's environment minister Marthinus van Schalkwyk said the G8 had made no progress at all in stabilising the planet.

"As it is expressed in the G8 statement, the long-term goal is an empty slogan without substance," he said.

The G8 deal was full of ambiguity. Senior Japanese official Koji Tsuruoka said the long-term goal should be seen as a "political vision" without a clear base year and that it is not legally binding.

But pressure groups and scientists said the leaders were merely burying their heads in the sand.

James Hansen, one of the world's most respected climate scientists, slammed the summit's outcome as "worse than worthless."

The leaders "are taking actions that guarantee that we deliver to our children climate catastrophes that are out of our control," he told reporters. 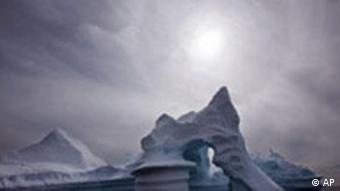 As the G8 debates, the ice caps continue to melt

"While the Arctic is melting, the G8 are postponing action. Instead of climate protection, the world got nothing but flowery words," said Greenpeace's Daniel Mittler. "If this is a step forward, we will never prevent climate chaos in time."

"The Texas oilman has once again prevented the G8 from undergoing the energy revolution it needs," Mittler said. "Bush is a lame duck, so who cares what he thinks about 2050?"

The charity called Tuesday's announcement "another stalling tactic that does nothing to lower the risk faced by millions of poor people right now."

Base measurement year missing from agreement

Critics pointed out that not only does the deal still need to be endorsed by the rest of the world, possibly at a United Nations Framework Convention on Climate Change (UNFCCC) meeting in Copenhagen next year; it also doesn't contain a base year on which to measure the cuts.

This is because no agreement was reached among the G8 leaders.

While the EU had suggested using 1990 as a base, Canada called for a much more recent date, while host Japan made no suggestions at all.

Moreover, Russia said it would sign up to the deal, but only if it was not legally binding. 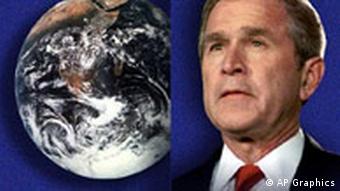 Bush would be 104 by the time the deal reaches fruition

"It's unprecedented and it is quite unrealistic that one government should take responsibility for something 42 years ahead," said Alexander Pankin, a Russian foreign ministry official.

As Ben Wikler of AVAAZ.org, a pressure group, noted, by the time 2050 comes US President George W Bush will be 104 and Japan's premier, Yasuo Fukuda, will be 114.

UN climate change chief Yvo de Boer joined the debate, saying that the G8 summit goal of halving global warming emissions by 2050 was too distant and too vague.

De Boer, in an interview with AFP news agency, said the summit statement had "some positive elements," as it acknowledged rich and poor countries had different responsibilities for emissions and priority had to be given to eradicating poverty.

But how rich countries intend to cut their own emissions in the next dozen years -- a period deemed critical by scientists -- is "completely missing," he complained. 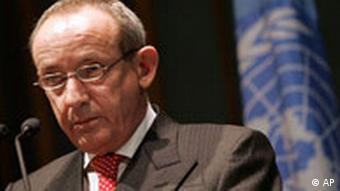 De Boer pointed out many holes in the G8's agreement

"If it's not clear that rich nations are going to lead, then why should poor nations follow?" said de Boer, the executive secretary of the UNFCCC.

De Boer spelt out what he saw as several deficiencies in the Toyako statement.

De Boer also questioned whether the statement amounted to a major step forward in diplomatic language compared to the 2007 G8 summit in Heiligendamm.

Before issuing the climate statement, the G8 leaders had previously turned their attention to the economy, warning that spiraling oil prices posed a serious threat to future growth.

"We have strong concerns about the sharp rise in oil prices, which poses risks to the global economy," they said in a statement.

The leaders further stressed that the surge in food prices had "serious implications for the most vulnerable" while also adding to "global inflationary pressure."

On oil, they agreed to hold a special energy forum that should focus on energy efficiency and new technologies.

Other proposed solutions included boosting short-term production and refining capacities and greater market transparency to avoid speculation. On the demand side, countries should reduce their dependence on hydrocarbons and improve energy efficiency, they said. The crisis is likely to increase global poverty

Meanwhile, they warned that high food prices risked pushing millions more people back into poverty and called on other donors to increase their contributions to the UN's World Food Program (WFP).

A promise to stick to their pledge to raise by 25 billion dollars the level of annual aid they give to Africa by 2010, meanwhile, was slammed by non-governmental organizations as too little too late.

On the issue of Zimbabwe, Russia opposed new sanctions against the regime of President Robert Mugabe.

There were also a series of blunders and diplomatic incidents. 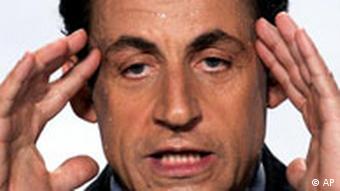 Sarko is making a habit of rubbing people the wrong way

French President Nicolas Sarkozy risked offending the hosting nation by refusing to hold a bilateral meeting with Fukuda, while the US delegation was forced to apologize after distributing an unflattering biography of Italian Prime Minister Silvio Berlusconi.

G8 leaders were to hold their final round of talks on Wednesday, when they were also due to meet the leaders of China, India, Brazil, Mexico and South Africa -- the so-called G5.

In what was being hailed as a historic move, Group of Eight leaders meeting in Japan agreed Tuesday to halve global greenhouse gas emissions by 2050. However, environmentalists said the agreement didn't go far enough. (08.07.2008)

Group of Eight (G8) leaders were cornered into doing more for Africa on Monday, July 7 as a row over the benefits of nuclear energy brewed on the opening day of their summit. (07.07.2008)

Massive global military emissions often go unreported. That could change as the G7 meets and addresses the impacts of a Ukrainian conflict fueled by Russian oil and gas.