A tireless advocate for conservation and one of the world's most prominent primatologists, Jane Goodall travels 300 days a year, explaining why it's important to protect our environment and wildlife. 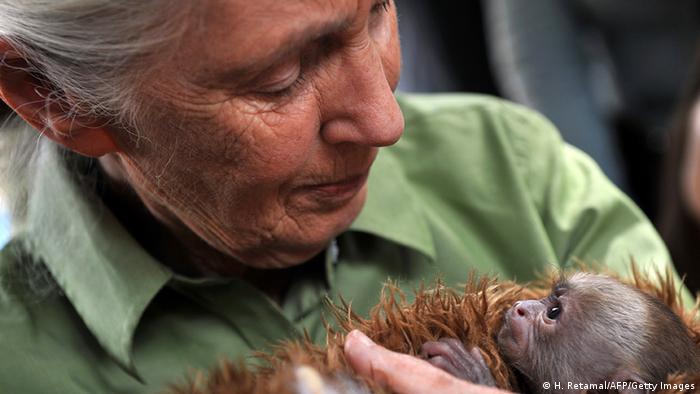 In 1960, at the age of 26, Jane Goodall ventured to Gombe Stream National Park in Tanzania to study chimpanzees. Her discoveries were groundbreaking and her approach to fieldwork was revolutionary. She immersed herself in the chimps' daily lives and gave them names.

Since then, Goodall has become a tireless advocate for conservation, in addition to being one of the world's best-known primatologists. In 1977, she founded the Jane Goodall Institute, which works around the world to protect wildlife and the environment, but also improves the lives of people in order to further conservation efforts.

DW: Why do you think it is that some people lack hope or aren't moved to take action to protect the environment?

Speaking of that, a lot of your environmental work focuses on lifting people out of poverty. What led you to connect this social justice work with more traditional conservation efforts?

It was back in 1986, when I realized that chimpanzees' numbers in Africa were decreasing and habitat was being destroyed. I decided I should go to a different range of countries and learn more about it, which I managed to do. But at the same time, I was learning about the plight of so many people living in and around chimpanzee habitat: the crippling poverty, the lack of good health and education, the destruction of the environment. 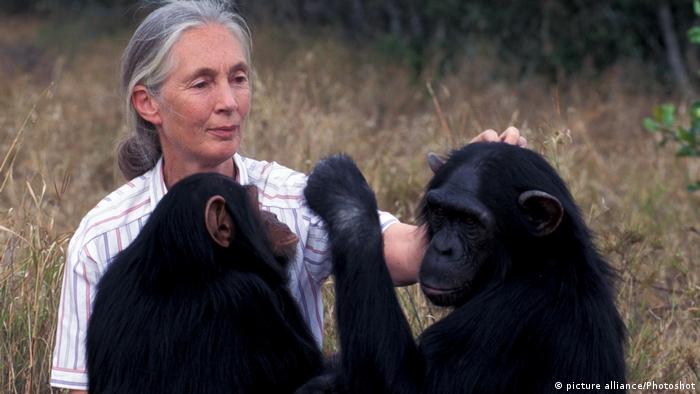 Goodall was the first to discover that like humans, chimps use tools

Because when you're very poor, you cut down the last trees to try and desperately grow some more food or make charcoal. It was when I flew over that tiny Gombe National Park and saw what had been part of a great equatorial forest belt stretching from East to West Africa (and that was in 1960). By 1990 when I flew over, it was just a tiny island forest surrounded by completely bare hills and people were struggling to survive.

That's when I realized if we don't help the people to find other ways of living than destroying the environment, then we can't even try to help the chimps.

And so we began our Jane Goodall Institute TACARE program (take care, T-A-C-A-R-E) and there were a few NGOs at the time sort of handing out bits and pieces to local communities, but we did it rather differently. We selected a small group of local Tanzanians — seven of them — and they went into the villages and asked the people 'What can JGI do to help?' and that's where we began.

A lot of your work and the program, Roots & Shoots, focuses on children and young people. Can you give us some examples of projects that students have done throughout the years that give you hope for the future?

First let me say that that program that began with 12 high school students, is now in about 60 countries with about 150,000 active groups. We've got members in kindergarten and university and everything in between. 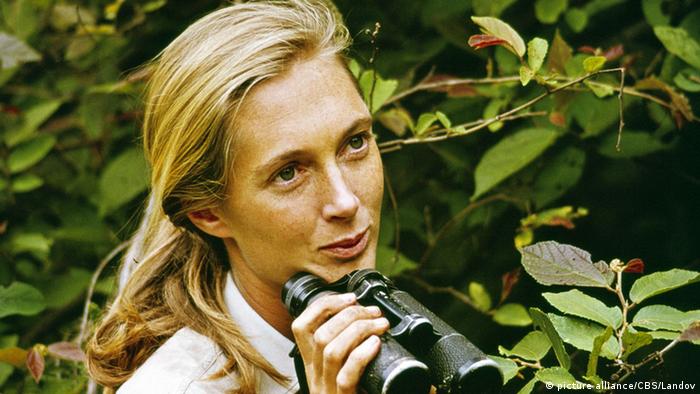 The students themselves choose three projects: one to help people, one to help animals, one to help the environment. Because we try and bring them together as much as possible, even if usually it's just virtually, they come to understand that we may have different colored skin, come from different cultures and different religions, but actually underneath we're all human beings. We're all one family.

So some projects? Well, all around the globe, they're planting trees, which they decide to do. Many of them are working very hard to eliminate plastic and to teach about recycling — huge projects on those things going on in China. They sometimes raise money in very imaginative ways and that can be to help a shelter for stray dogs or it can be to help refugees in another country or the same country and it can be for earthquake victims.

It's just as varied as the young people themselves. They choose different projects depending on what country they're in. Sometimes it has to be politically sensitive, what they do. It depends if they're rich or poor, and it depends on their age.

What do you wish more people knew about animals?

Rats are trained to detect landmines. These are the giant forest rats and they've been credited with helping to make Mozambique landmine free. I met so many people from Mozambique who'd lost a leg or a foot from treading on the landmine after the Civil War. Rats are so intelligent.

Octopus can make houses for themselves out of empty clam shells. They take them to where they want to go hunting if there are no rocks because they need rocks to hide in. So they take two empty clam shells with them and then get into one half and pull the other over their head.

Birds can make tools. You know, all these things we're finding out — it's a very exciting time.

How do you think we as humans can regain our connection to the natural world and better understand our place in it?

That's what we hope to do through Root and Shoots — give children an opportunity to be out in nature. Once they get out in nature, they love it, especially the little ones.

We need the natural world for our good psychological health. We actually need green and to be out in nature.

What do you think is the single most important thing people can do to preserve our planet?

I think that each day people must understand that their life is making a difference and they should start thinking about the consequences of the little choices they make. 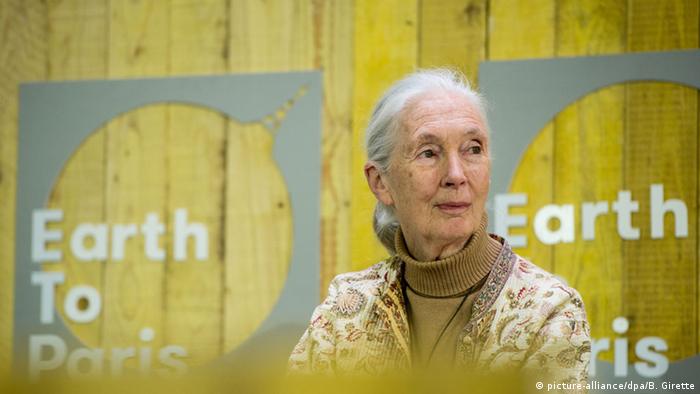 Goodall was named a United Nations Messenger of Peace in 2002

Like, what do you buy? Where does it come from? Did it harm the environment? Did it result in animal cruelty, like the factory farms? Is it cheap because of child slave labor? You start making ethical choices — let's not use plastic, let's recycle, let's reuse, let's not throw away, let's not waste food.

That's another reason for eliminating poverty because if you're really poor, you can't choose. You just have to buy the cheapest.

So the most important message is: what do you do each day, and how do you make the most use, and can you go to sleep thinking, 'I made the world a little bit better today'? And people do that in different ways.

I should just finally say that if you fly over Gombe today, you wouldn't see bare hills because the people have understood that preserving the environment is for their own future as well as wildlife. The trees have come back.

It's nice to see those hopeful situations.

That's the only reason I keep going. I meet amazing people and I see incredible projects everywhere.