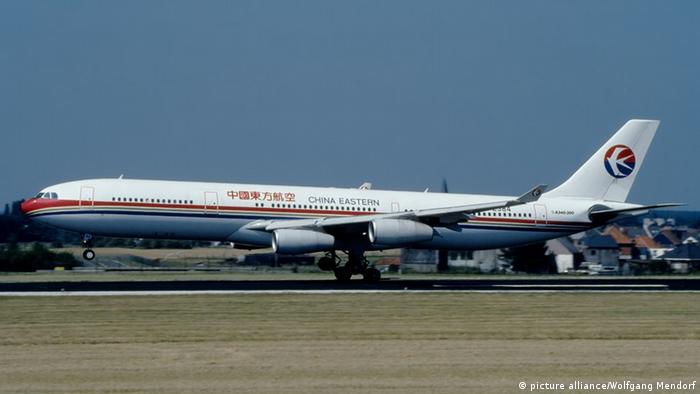 Passengers frustrated by China's fast growing but delay-plagued aviation sector opened their plane's exits on Saturday, forcing the China Eastern flight to taxi back to the terminal.

Passengers had been left waiting in their seats for hours as ice was removed from the plane's fuselage. The flight had already been delayed for five hours before boarding.

Kunming province police in an online statement cited by the AFP news agency said a man named Zhou and a tour guide identified as Li had been put in 15-day "administrative detention" for opening exits and "inciting" other passengers.

An unidentified passenger quoted by Xinhua said the flight's vice captain "swore and cursed" during the runway delay, leaving occupants worried he was unable to control himself.

Other delayed passengers later traveled on another flight to Beijing, Xinhua said.

China's air travel market has become the world's second biggest but the world's worst for flight delays, because of heavy traffic and military control of airspace.

Last month, two women brawled on a flight from Chongqing to Hong Kong, during an argument about seating arrangements and a noisy child, according to Chinese media.

In another incident reported by Chinese media in December, a first-time passenger opened an emergency exit, reportedly to get some fresh air, as a flight from Hangzhou to Chengdu was preparing for takeoff.

And, hot noodles were flung by a Chinese tourist, scalding an AirAsia flight attendant, during a flight to China, forcing its crew of a budget flight to return to Bangkok and make an emergency landing.

Lengthy tarmac waits prompted US aviation authorities in 2010 to require planes to return to the terminal after a wait of three hours.