Aware of the controversy surrounding Enid Blyton's books, DW's Brenda Haas recalls how they were a form of escape during her childhood in a rubber plantation in Malaysia. 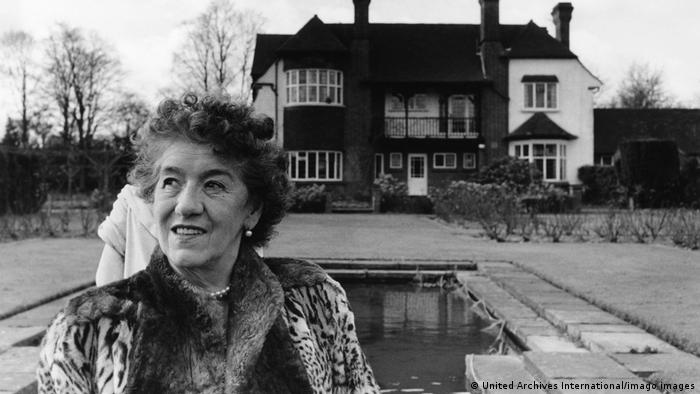 Blyton's works have long been criticized for their racial undertones

I'd wanted them all.

As a 7-year-old growing up in a rubber plantation in the southern state of Johor in Peninsular Malaysia, Enid Blyton's The Famous Five and The Five Find-Outers books were pure escapism. They turned me into a voracious reader, introducing me to people, places and things that were non-native to my corner of the world, but which fired my imagination nonetheless. 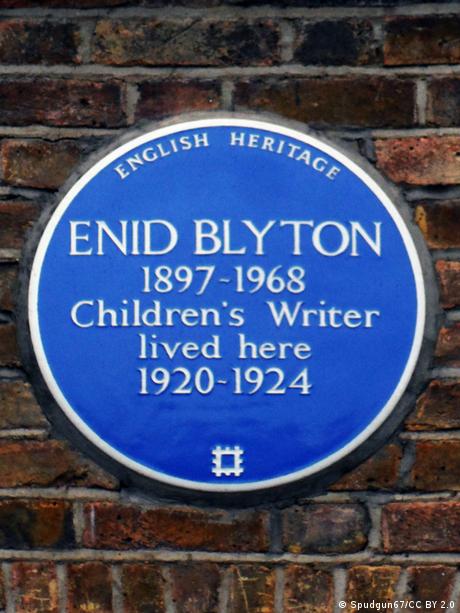 The plaque on Blyton's former home will remain; English Heritage is only making updates to its online entries about blue-plaque recipients

On Thursday, English Heritage, a cultural foundation that commemorates famous British personalities by attaching blue plaques on buildings to mark their homes or workspaces, updated its online information associated with Blyton's plaque.

"Blyton's work has been criticized during her lifetime and after for its racism, xenophobia and lack of literary merit," the foundation's website states, citing a 1966 report by The Guardian newspaper that explored Blyton's book The Little Black Doll, where the character of Sambo is accepted once its "ugly black face" is washed "clean" by the rain.

While maintaining that "her work still played a vital role in encouraging a generation of children to read," the website stated that the revision aims "to provide a fuller picture of each person's life, including aspects that people may find troubling."

Reassessing the legacy of past authors

However, both authors' plaques will not be removed.

This move is part of English Heritage's efforts in the wake of last year's Black Lives Matter movement to better reflect "the values or perspectives of people today." 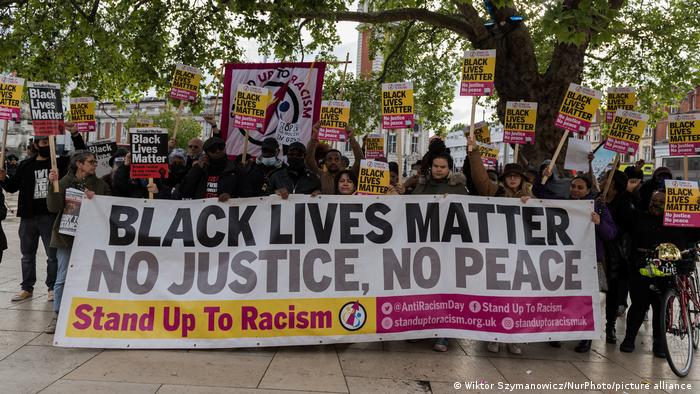 To cancel or not to cancel

Unsurprisingly, Blyton's name trended on Twitter as many weighed in on the news. 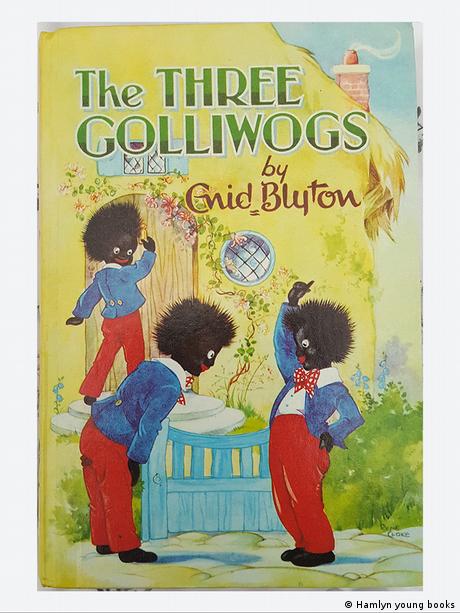 This book by Enid Blyton is considered offensive today

Some shared the cover of one of her books, The Three Golliwogs, to underscore her xenophobia. In the original edition, two of the three bore names that were racial slurs.

Later editions, of which I own a copy, renamed the three to Wiggie, Waggie and Wollie.

Today, it can be argued that the seemingly hilarious misadventures caused by their identical looks belies a lazy, superficial stereotyping of ethnic groups.

Acknowledging that parts of Blyton's writing would be deemed bigoted today, New Zealand born journalist and broadcaster Dan Wooton commented in the Mail Online, "When it comes to Blyton, it was particularly telling that English Heritage sneeringly referred to a 'lack of literary merit' in her work. Who matters more? Snobby literary types or the hundreds of millions who have lovingly consumed her work without any idea of Blyton's dodgy personal views?"

Meanwhile, James Wong, an ethnobotanist who presents the BBC's Grow Your Own Drugs program, asked on Twitter whether "it's the fury that matters and not the actual issues?"

"I can absolutely get how change can feel uncomfortable to some. I can even empathize how pointing out inequality can be interpreted by some people as an attack on their identity," but he also asks why people are suddenly so angry about it today, "as if it's hot off the press?" — after all, as he points out, the discussion surrounding racist elements in Blyton's works has been around for at least three decades.

Of imagination and escape

Blyton fans, however, shared how the stories she wrote awakened curiosity and imagination.

Aseem Chhabra, who has authored biographies of Indian actors Irrfan Khan and Priyanka Chopra wrote, "I refuse to accept any criticism of Enid Blyton. I refuse to cancel how my childhood was shaped, with thrilling adventures, mysteries. As a child growing up in India, I loved imagining what jam tarts, buttery scones with strawberries and cream would taste like."

Former CNN anchor Monita Rajpal also tweeted about her strong connection with the books: "My love of reading began when I was enthralled with the adventures of Enid Blyton's Famous Five. The books didn't shape my view of the world, but they did take an often lonely little girl to different places. They planted a seed of curiosity." 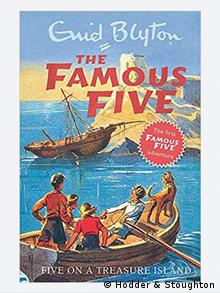 The first of book of 'The Famous Five' series, which has been popular among children for years

Others suggest temperance in dealing with works that were written in a day and age where "positive representation" and "inclusivity" were not yet part of the vernacular, and to communicate to young readers today how some of Blyton's worldviews do not reflect today's social mores.

Wondering about the definition of 'gypsy' as a child

I must admit that even back then I used to wonder if I'd qualify as a gypsy on account of being brown. "Brown as gypsies" was a description she'd used for white children who got tanned in the summer sun.

Today, I know that one of these words is considered pejorative, while the other is a skin color still lacking adequate representation.

But it doesn't cancel the escape her books afforded me, and which first made me fall in love with reading and writing.