What the sudden elephant deaths in Botswana could mean to the species | Science | In-depth reporting on science and technology | DW | 07.07.2020

Hundreds of sudden elephant deaths in Botswana aren't just a loss for the ecosystem and global conservation efforts. Their departures will likely be noticed by other elephants; a species with a curious response to death. 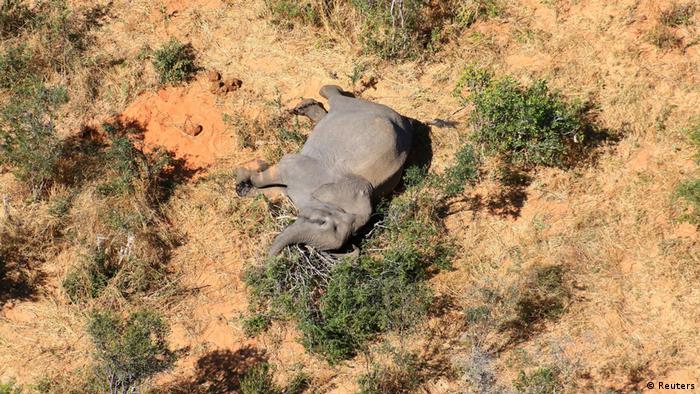 When an elephant dies in the wild, it's not uncommon to later find its bones scattered throughout the surrounding landscape.

That's one way you can tell that other elephants have passed through the area, says George Wittemyer, a wildlife conservation biologist at Colorado State University who's been researching African elephants in Kenya's Samburu National Reserve for over 20 years.

Another sign, long-term elephant conservationist Joyce Poole says, is the presence of tracks worn through the grass leading to its body. "The vegetation will be gone, and the carcass will be surrounded by elephant dung because so many elephants will have visited and stayed," Poole said.

Though scientists are yet to pinpoint what exactly struck down a reported 356 elephants in Botswana's Okavango Delta area, what we do know is that these deaths are not only significant for ecologists and conservationists — but elephants themselves.

Highly social creatures that form deep familial bonds, elephants have long been observed gathering at the site where a peer or family member has died — often spending hours, even days, quietly investigating the bodies or the bones of other dead elephants.

Although the popular idea that dying elephants are instinctively drawn to special communal graves — so-called "elephant graveyards" — is a myth, their tendency to go out of their way to visit the bones and tusks of the deceased isn't unlike human rituals at graveyards, says animal psychologist Karen McComb. 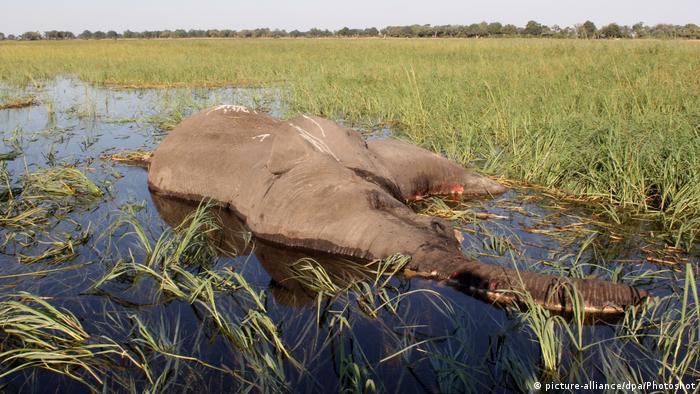 Local reports suggest more than 350 elephants have died in Botswana's Okavengo Delta region over the past few months. While poaching and poisoning have been ruled out, the causes are still unknown.

"They spend a lot of time touching and smelling skulls and ivory, placing the soles of their feet gently on top of them, and also lifting them up with their trunks," McComb, who's been studying African elephants for 25 years in Kenya's Amboseli National Park, told DW.

The most striking part of watching an elephant experience loss, Poole recalls, is the quietude. She still remembers one of the first elephant deaths she witnessed; a mother who birthed a stillborn calf. That elephant stayed with its baby for two days, trying to lift it and defending it from vultures and hyenas.

"I was so struck by the expression on her face and her body. She looked so dejected. It was really like, 'Oh God, these animals grieve…'. It was just so different," Poole told DW.

Not all scientists are comfortable concluding that elephants grieve. Among the more than 30 reports of elephant reactions to death that Wittemyer co-reviewed in a study published in November 2019 were accounts of "enormous variation and nuance" he said. "It can be incredibly involved and intricate for extended periods or can be relatively cursory checks."

In Wittemyer's own experience, it can be difficult not to attribute some kind of emotional experience to the more involved interactions between elephants and their dead. 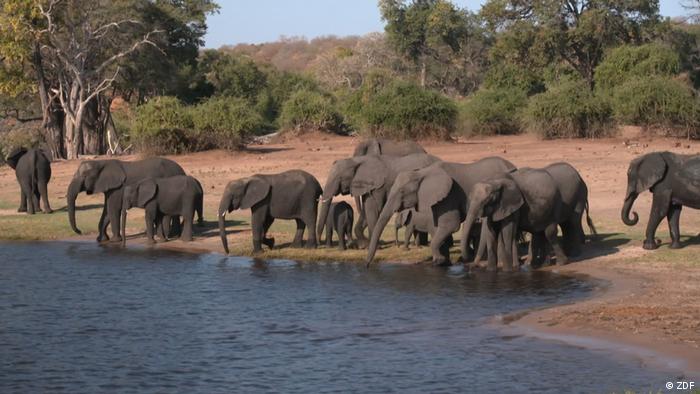 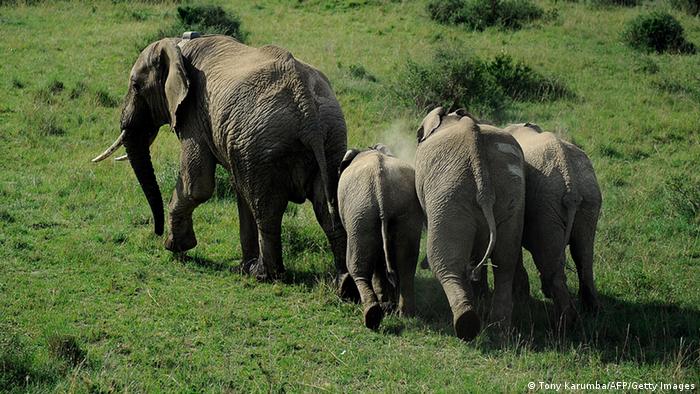 Elephants are highly social animals that form bonds for life. They can meet up to 100 different individuals they know on a daily basis, says long-term elephant researcher Joyce Poole.

He shares the story of an "extraordinary event" involving the death of a 55 year-old matriarch in Kenya in a protected area that happened to be near his place of work. She was visited by multiple unrelated families while she was dying, including another matriarch that exerted such enormous effort attempting to lift her to her feet that she broke her tusk, which Wittemyer says, is "like breaking a tooth."

"It was a remarkable example of this heightened emotional state, it was very clearly a very stressful interaction," he said.

One factor that limits our ability to fully grasp the way elephants process and respond to loss is our markedly different sensory experiences of the world.

An elephant's world is fundamentally olfactory — based on smell. Ours is visual. Previous research has shown elephants possess the most scent receptors of any mammal, and can use smell to discern the difference between different human tribes from the same local area. 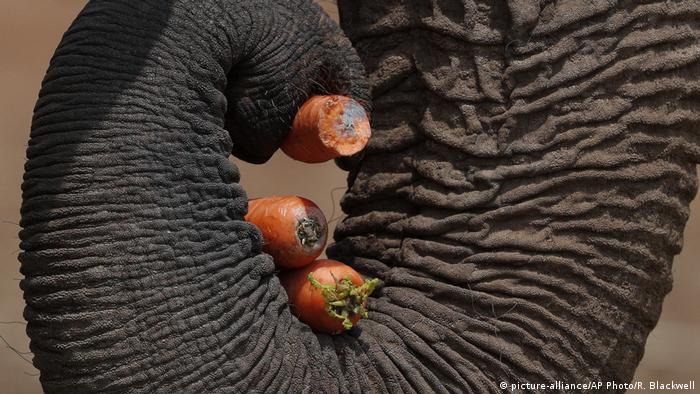 Elephants are attuned to smells that humans can barely imagine.

That could explain why elephants exhibit such interest in sniffing the bones and tusks of others, as a 2005 study from McCombs highlighted. When presented with the skulls and ivory of long-dead elephants and those from other large herbivores, including rhino and buffalo, McCombs and her team found elephants approached and were specifically attracted to the remains of their own species.

Without access to the smells an elephant picks up on, Wittemyer says "an enormous amount of stuff" could be missed by humans when studying these behaviors.

While scientists cannot say what the elephants are thinking, it is clear that death — whether of a relative, a close companion, or just another member of their species — has some kind of meaning for elephants.

And why wouldn't it? Asks Poole, who points to the fact that elephants' survival depends on their social and familial relationships.

"Through the course of evolution they have evolved these complex rituals to hold families together. Those have to be driven by some sort of positive emotions, otherwise why would they bother?"

"They recognize that death, for somebody, is a big loss."

Environmental organizations are raising the alarm over mining for oil and gas in the world's largest cross-border nature reserve, known for its biodiversity and unique landscapes.