International observers have criticized Zambian media for taking sides in the general elections. They also called for calm in the country as results slowly trickle in. Chrispin Mwakideu reports from Lusaka. 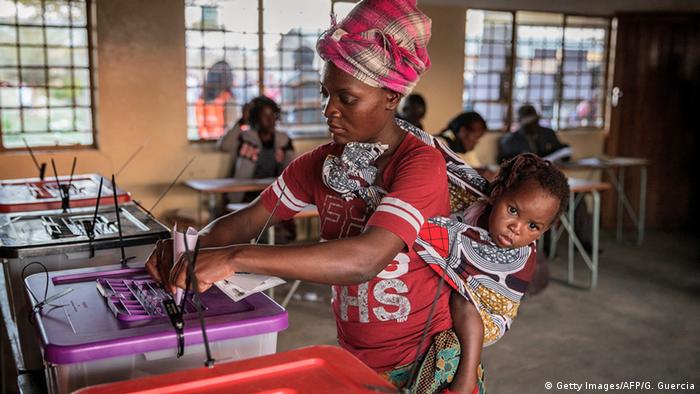 International election observers have praised Zambia for holding a "generally" peaceful election. But they also accused Zambian media of not being neutral.

"We have regrettably noted a huge bias by the state media, so by no means was there any level playing field," Michael Gahler, a German member of the European Parliament and participant in the EU's observer mission, told DW.

Gahler said the EU's observer mission had been encouraged by the huge voter turnout and the motivated electorate but added that the voting process had not been without its hitches.

"We noted some cumbersome procedures which delayed the processing of individual voters" Gahler said. Such delays led to the voting schedule running over the 12 hours required by the Electoral Commission of Zambia (ECZ) at some of the polling stations.

Former Nigerian President Goodluck Jonathan, heading the African Union's observer mission (AUEOM), said that Zambia's same-day mixing of a referendum with a general election had put a burden on voters. 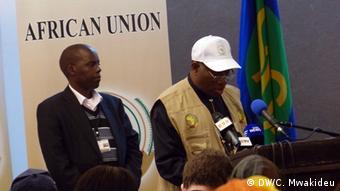 "There appeared to be limited understanding among the citizenry on the importance, content and the implications of the referendum," Jonathan said. The former president said the addition of the referendum process had increased the complexity of messages that had to be understood by voters.

Former Tanzanian President Jakaya Kikwete, who headed the Commonwealth's observer mission, said his team had been concerned by pre-election violence that had led to the deaths of at least two people. As a result of the increase in violence, the ECZ suspended campaigns in Lusaka and Namwala from July 8 to 18. 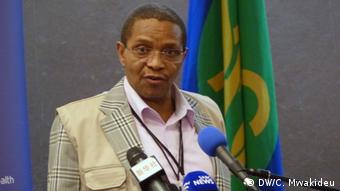 "Furthermore, we are concerned that the Public Order Act was being applied in a manner that prevented some parties from campaigning earlier in the process," Kikwete said, adding that his mission would look into the matter.

"Most stakeholders expressed the view that the media in Zambia was polarized."

Kikwete also said that media outlets had demonstrated clear bias for or against particular presidential candidates and parties.

"It is the impression of the team that both (public and private) media have in some cases reported events inaccurately - especially those who have not been in favor of their respective parties," Kikwete said.

President Edgar Lungu's government meanwhile was accused of restricting press freedom after it shut down the independent daily newspaper "The Post" on June 21. The government accused the newspaper of owing it $6 million (5.3 million euros) in unpaid taxes.

The paper's ownership denied the allegations, saying that the matter was in court and that the government was unfairly targeting it. The Post, however, continues to publish stories from an unknown location.