Former President Salvador Sanchez Ceren, and nine other former officials, have been accused of money laundering in a massive embezzlement scheme. 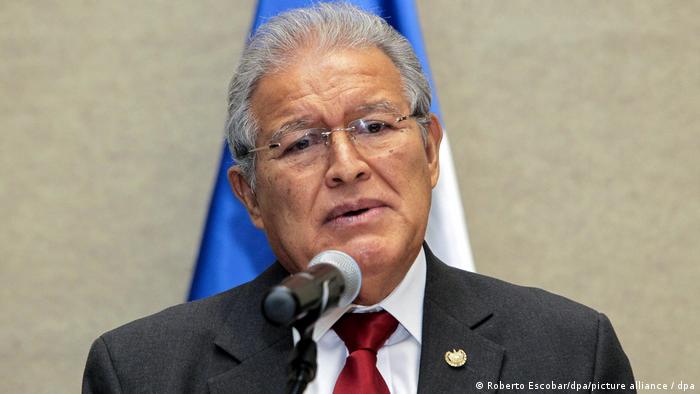 Sanchez Ceren is now considered a 'fugitive' from justice

El Salvador ordered the arrest of former President Salvador Sanchez Ceren on Thursday over allegations of corruption during his time as vice president between 2009 and 2014.

The arrest of nine top officials from the same administration has also been requested as part of a money laundering probe.

The Attorney General's office said Sanchez Ceren was not in  El Salvador, but five high-ranking officials from former president Mauricio Funes' government have been detained.

Sanchez Ceren was serving as Funes' deputy in that administration, before succeeding Funes as president in the following term.

Sanchez Ceren is a 'fugitive'

The current president, Nayib Bukele, has previously attracted criticism for removing the attorney general and closing an anti-corruption office. Following the reports about the charges against his predecessor, however, Bukele said that Sanchez Ceren was "officially a fugitive from justice."

"By the way, he left our country via land border in December 2020 and never returned," Bukele posted on Twitter.

Attorney General Rodolfo Delgado said Sanchez Ceren and the other high-ranking officials, including former heads of health, finance, labor, agriculture and environment, are wanted on charges of money laundering, embezzlement and illicit enrichment after they received unauthorized funds.

"All these people contributed to the embezzlement that cost the Salvadoran state more than $350 million (€297 million)," Delgado told a news conference. "They will be charged with the crime of money laundering," he added.

"The money was transferred to the presidential palace on a monthly basis and constituted an addition to the salary that by law they were supposed to receive for exercising public functions," the prosecutor explained.

Delgado said that he also issued arrest warrants and will process a "red notice" to track down Sanchez Ceren.

Widespread condemnation has ensued after the shooting of supporters of opposition party FMLN resulted in two fatalities. The Organization of American States has called for urgent action, just weeks before elections.