A Greek-registered tanker has been attacked by armed men close to a port in Cameroon. Eight people were taken hostage and one person was injured during the strike. 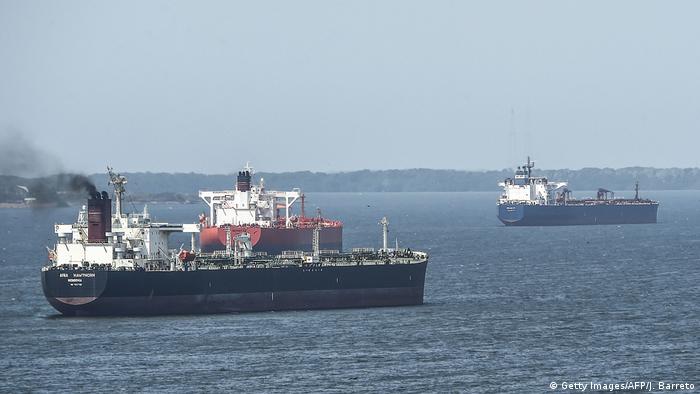 Eight people were abducted and one person — a Greek national — was injured.

The five Greeks, two Filipinos and a Ukrainian were part of a 28-member crew aboard the Happy Lady.

The vessel was 2 nautical miles (3.7 kilometers) off Limbe port when it was raided overnight into Tuesday.

Attacks on ships and kidnappings for ransom are relatively frequent along the West African coast.

Pirates hijack ships sometimes for several days as they pillage their cargo while demanding hefty ransoms in return for the release of the crew.

They released three of the men on December 13, but one died in captivity.

Nine sailors have been abducted by pirates while anchored off the coast of the West African country of Benin. The Gulf of Guinea is one of the world's most dangerous maritime regions. (03.11.2019)

The ship was carrying $8.1 million dollars (€ 6.4 million) worth of gasoline when it disappeared on Thursday. Fears are held for the crew of 22 Indian nationals amid speculation the tanker has been hijacked by pirates. (04.02.2018)