At least 86 people have been killed in a car bombing outside Baghdad, in a blast apparently aimed at Shiite Muslims celebrating Eid. The militant group "Islamic State" appeared to claim responsibility. 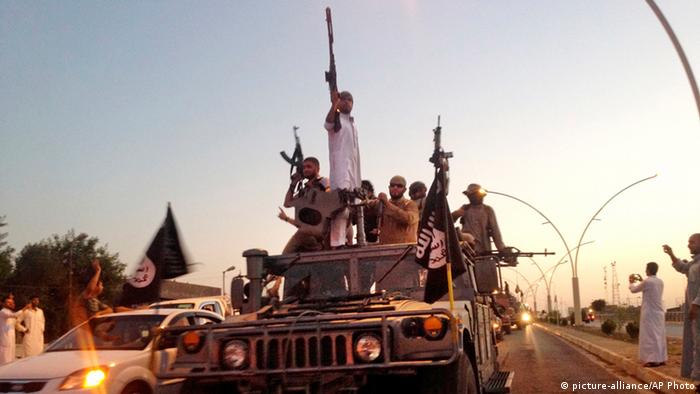 The blast on Friday - at a busy market - was so powerful that it brought down several building's in Diyala's Khan Bani Saad district.

Police and medics said the debis fell on people below, who were celebrating the end of the Muslim fasting month of Ramadan.

Iraqi television showed devastation around the bomb site, with debris strewn over a huge area.

The death toll was expected to rise as rescuers continued to dig through the rubble to retrieve bodies. Officials said a large number of children were among the dead.

'Guilty of being Shiite'

The top official in Khan Bani Saad told AFP news agency that Shiite's were the primary target of the attack.

"Every year [during Ramadan] there's a bombing. We are guilty of being Shiite," Abbas Hadi Saleh told AFP at the site of the bomb attack.

The official added that at least 15 children were killed in the attack.

Anger in the streets

Crowds rampaged through the streets after the attack, smashing car windows in an outpouring of grief and anger. Diyala's provincial government declared three days' mourning and ordered parks and entertainment places to close for the rest of the Eid al-Fitr holiday.

According to messages posted on Twitter, "Islamic State" (IS) claimed responsibility for the suicide car bombing. However, the claim was not fully verified.

The extremist Sunni group has repeatedly targeted Shiites, who it considers to be "apostates" or "rejectionists." IS has been behind several similar large-scale attacks on civilians or military checkpoints as part of its strategy to sow discord and expand its territory.

The apparent IS Twitter statement said the attack was to avenge the killing of Sunni Muslims in the northern Iraqi town of Hawija. It said the vehicle used was carrying around three metric tons of explosives.

The long-awaited offensive against forces loyal to "Islamic State" in the Iraqi province of Anbar began at the break of dawn. Iraqi forces say they may target the IS stronghold city of Fallujah. (13.07.2015)