The Islamist-dominated Shura Council received the authority to legislate in Egypt until a new lower house of parliament is elected. For lack of other legal means, the opposition pins its hopes on upcoming elections. 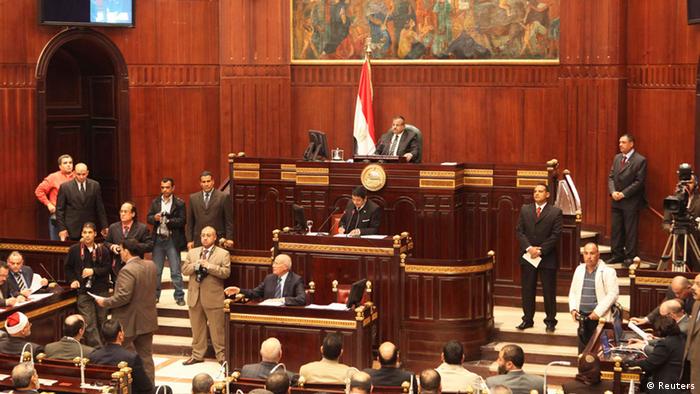 Egyptian journalist Ahmed Esmat said the mood among Egyptians was "calm on the surface, but it's boiling underneath." But there could be mass demonstrations again soon, he told DW. "It all depends on the Shura Council's decisions."

The Shura Council is Egypt's upper house of parliament. Two-thirds of its 270 members are elected, the others were appointed by President Mohammed Morsi. According to the new constitution signed into law by Morsi on Tuesday (25.12.2012), the Islamist-dominated body is to legislate in Egypt until a new lower house is elected in about two months' time. Official reports say about 64 percent of the Egyptian electorate voted in favor of the constitution. Voter turnout was a mere 33 percent.

Officially, at least, Morsi has lost part of his power. Following the dissolution of the lower house in the summer by a court order, he had assumed the legislative tasks now delegated to the Shura Council. Esmat said he was convinced the body dominated by Islamists and the Muslim Brotherhood will maintain Morsi's course.

Morsi loyalists in the Shura Council? 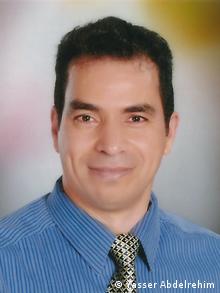 Abdelrehim: Elections are the opposition's only hope

Egyptian lawyer Yasser Abdelrehim, a researcher at Germany's Erfurt University, said he harbors similar concerns. He said the Shura Council will try to pass new laws - such as clauses curtailing the freedom of opinion and the right of assembly "with the aim of laying the foundation for a Muslim state."

However, these laws will have to be presented to the new lower house for retroactive approval, he told DW. Should upper and lower houses disagree, the legislation in question will be passed to an arbitration committee, where the lower house can overturn the laws - although it would need a two-thirds majority. That is why the liberal opposition is focused on the elections, Abdelrehim said. It "hopes it will win a majority."

Should it fail to win such a majority, the opposition would have no legal means to stop what it regards as particularly controversial laws. Many are worried that the new constitution is largely based on Sharia, or Islamic law, which can be interpreted in very different ways. The new constitution makes reference to established sources of Sharia, Abdelrehim said, but to other "sources" as well. He said such vague wording worries him, as does the fact that the equality of men and women is not explicitly mentioned. 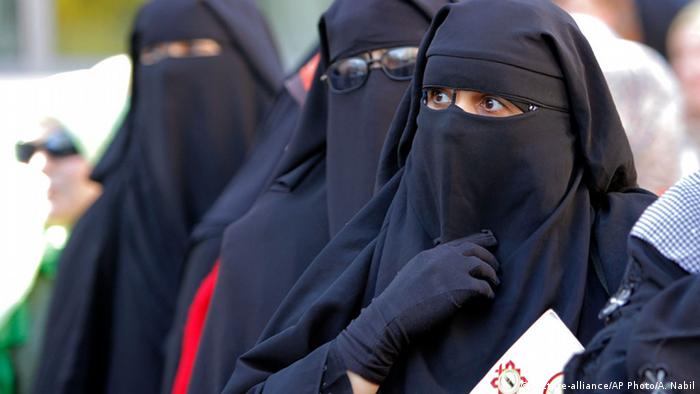 If in the coming elections the Muslim Brotherhood and the Salafists should also gain a majority in the lower house, the opposition would have no option left but to take to the streets. Although no protests have been planned so far, Esmat said he expects large demonstrations on January 25, the day when the protests began in 2011 that eventually forced former President Hosni Mubarak to resign.

However, Esmat and Abdelrehim both said they hope the Shura Council will focus on economic legislation and set aside political and social reforms. The reason is clear: "The economic situation is very dangerous," Abdelrehim said. Esmat agreed, saying that the budget deficit is growing and many Egyptians are already buying US dollars to have secure currency.

On Monday, the rating agency Standard & Poor's downgraded Egypt's creditworthiness. In addition, tourism, an important source of income, declined sharply. But the Shura Council lacks economic experts, Esmat said, adding that he has little confidence the Muslim Brotherhood and its allies in the upper house will actually concentrate on stimulating the economy.

On Wednesday, German Foreign Minister Guido Westerwelle appealed to Egypt's factions to seek political compromises. "All are called upon now to commit to the new Egypt in the spirit of compromise, inclusiveness and tolerance," he said in Berlin. But journalist Ahmed Esmat and attorney Yasser Abdelrehim do not hold out high hopes that the two sides will be able to come to an agreement.

Author and journalist Khaled al-Khamissi sees a difficult political crisis ahead for Egypt. He says the Muslim Brotherhood, with the support of the US, is trying to transform the country into an Islamic state. (24.12.2012)

Two years ago, the fruit-seller Mohammed Bouazizi set himself on fire in Tunisia and ignited the Arab revolutions. German foreign policy is still adjusting to the new situation in North Africa and the Middle East. (24.12.2012)