Egypt's military has been coordinating its offensive against Islamist militants in the Sinai Peninsula with Israel. Cairo said it has killed 32 militants and arrested 38 people since "Operation Sinai" began in August. 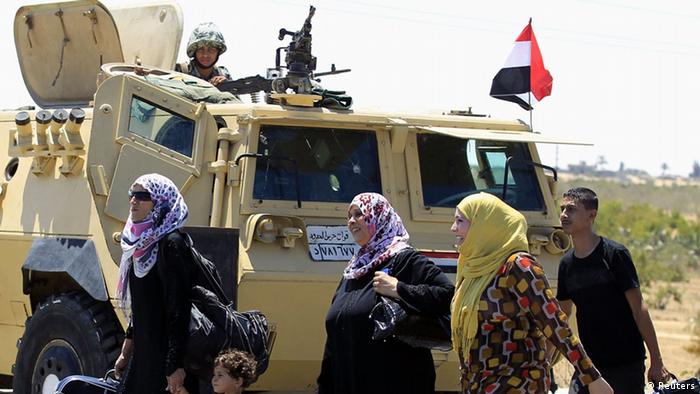 Egyptian military spokesman Colonel Ahmed Mohammed Ali told reporters on Saturday that "the deployment of the armed forces on all the territory of Sinai is not a violation of the peace treaty between Egypt and Israel."

Islamist terror attacks on border guards in the Sinai Peninsula have shocked Egypt, where the government may use them as an occasion to reform security systems in the area. (16.08.2012)

"Egypt is coordinating with the Israeli side over the presence of Egyptian armed forces in Sinai. They know this," Ali said during a news conference in Cairo.

After the 1973 Arab-Israeli war, Egypt and Israel signed a 1979 peace treaty, in which the Jewish State agreed to return the Sinai Peninsula to Cairo under the condition that the region be demilitarized.

But since the overthrow of Egypt's US-backed former president Hosni Mubarak in February 2011, Sinai has increasingly become a staging ground for attacks by Islamist militants against Israel, which shares a border with the region.

Morsi is a member of the Muslim Brotherhood, which is traditionally more hostile to Israel and publicly supportive of the Palestinians than the Mubarak regime was. His election raised concern that the Egypt-Israeli peace treaty, an anchor of regional stability, could be called into question. 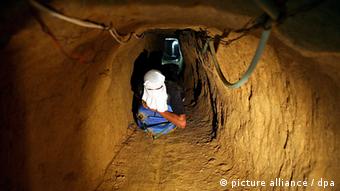 "They must act against terror and if they have to bring in troops, let them do so," Israeli Defense Minister Ehud Barak said last week in an interview with Israel's army radio. "And when it ends, they must take them out."

Colonel Ali said that some 31 smuggling tunnels connecting Egypt to the Gaza Strip had also been destroyed in the military offensive. The Gaza Strip is controlled by the Islamist militant group Hamas. Israel has blockaded the territory since 2006, after one of its soldiers was captured. The soldier has since been released.

The tunnels are used to smuggle food, fuel and other materials in and out of Gaza. But they are also used to transport weapons. Ali said the military had "seized arms, rockets, RPGs (and) automatic rifles."

"The operation will continue until its goals have been achieved ...," Ali said. "These are not just military goals but also developmental goals for the Sinai."