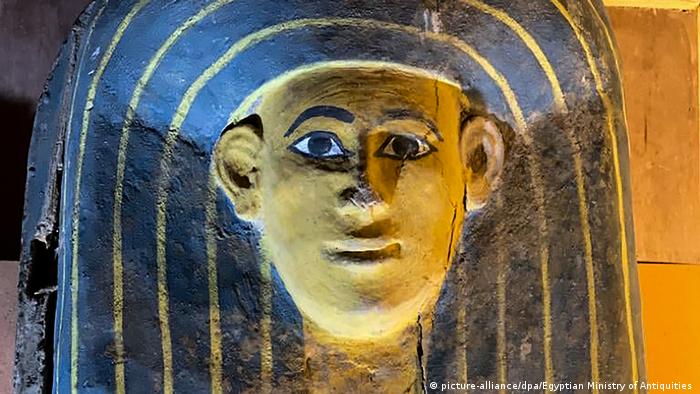 "The coffins are dated to 18th dynasty (1550-1295 BC) and are in a good state of conservation," said the head of Egypt's Supreme Council of Antiquities, Mostafa Waziri.

"They bear colored scenes and inscriptions," he was quoted by the local Luxor Times as saying.

A team of French archeologists unearthed the coffins from the necropolis of al-Asasif, on the west bank of the Nile. Last month, Egyptian authorities announced a find of 30 wooden coffins on the same Luxor site, but the objects discovered in October were 500 years younger than the most recent find.

"The second coffins belongs to a woman called 'Rau' and it measures 190 cm in length," he added. The last object is smaller than the other two (180) and covered in gypsum, but has no inscriptions, according to the authorities. The gender of the occupant was not immediately clear. 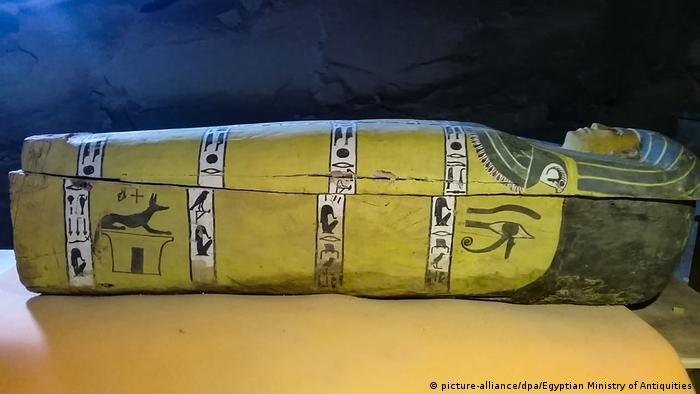 Egypt has announced a series of sensational discoveries in recent months, in what is seen as a push to renew its troubled tourism industry. On Saturday, the antiquities ministry announced a find of mummified animals near Cairo, including sacred birds and predators believed to be lion cubs.