Edenhofer: Climate protection a ′task that can be solved′ | Environment | All topics from climate change to conservation | DW | 14.04.2014

Edenhofer: Climate protection a 'task that can be solved'

Against all odds, climate researcher Ottmar Edenhofer says global climate protection is possible. But it's time for bold steps, the co-chair of the UN Intergovernmental Panel on Climate Change (IPCC) warns. 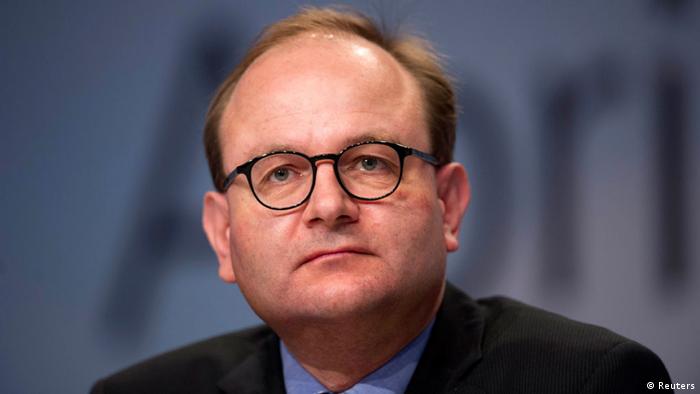 Deutsche Welle: You've had an eye on the climate process for many years. The IPCC's warnings are not new, and strategies to solve the problems exist. Why have politicians not managed to implement them?

Ottmar Edenhofer: Climate policies are extremely difficult. I've just spent a week in plenary sessions, grappling with more than 110 governments. It's like facing a global parliament, and once you let that sink in, you realize very quickly how difficult global cooperation is.

What makes it so difficult?

One reason is that the owners of coal, oil and natural gas deposits have to face the fact that their assets will be diminished. They don't think that's a great idea. Emerging countries in particular fear they might have to forgo growth. Many obstacles have to be overcome.

You need reasonable incentives, for instance national carbon dioxide taxes. They would contribute to economic development, but they could be staggered so less affluent households would barely be affected. Governments are only now realizing these possibilities.

The world still has large supplies of coal, oil and natural gas. If those supplies are all extracted and burned, the goal of keeping global warming below two degrees Celsius can't be reached; there would be too much CO2. Now, corporations aren't interested in not selling their energy supplies. What's the solution in this case?

The companies that own these assets know how to invest. They can invest in renewables or in carbon capture technologies to avoid the devaluation of their assets.

Basically, coming to terms with structural change is by no means a novelty in industrial history. Some people are interested in maintaining the status quo, and find change difficult. But those who profit from the status quo happen to be the ones who own the most investment funds. Now, they can use those funds to invest in change – and profit later.

All you need to do is nudge them?

You have to give them a strong nudge, they are quite opposed to it. Great innovations and major challenges always go hand in hand with strong opposition. But the IPCC report shows clearly that it's a task that can be solved, so in that sense the report does provide hope. We face a difficult task, but we shouldn't be discouraged.

Emissions per person in industrialized countries have reached 15 tons per year, and 1.5 tons in developing countries. Your report is also about climate justice. What would that look like?

Fairness and justice are essential to the solution of the climate problem. In our report, we show who has deposited what amount of emissions in the atmosphere so far. We also point out consumer-based emissions. A good deal of emissions reductions in industrialized countries is based on the production of goods in other countries. You can view the issue of responsibility from various perspectives. We hope the report will help settle distribution conflicts over the next few years in a relatively rational manner.

What do you think will happen in the coming years?

It's not likely that much will happen. But if someone had asked in 1970 about the likelihood of the Berlin Wall being non-existent in the year 2000, the answer would probably have been zero.

You shouldn't consider probabilities where historic developments are concerned, but rather necessities. The people in Berlin wanted the wall to fall - so it fell. I hope the IPCC's reports and experiments all over the world contribute to opening a door to fair international cooperation.

What can we citizens do?

Consumer behavior often comes to mind, but citizens are investors, too, and they have savings. We could move a lot by deflecting the flow of investments. We haven't yet reached the end of the line by a long way.

Ottmar Edenhofer is one of the three co-chairs of the IPCC working group III, deputy director and chief economist at the Potsdam Institute for Climate Impact Research (PIK), professor for the economy of climate change at Berlin' s Technical University and Director of the Mercator Research Institute on Global Commons and Climate Change (MCC).

Curbing the emission of industrial greenhouse gases will save the lives of millions of people around the world, writes the Intergovernmental Panel on Climate Change (IPCC) in its latest report. (13.04.2014)