Voters in Ecuador have a choice between a traditional leftist and a conservative ex-banker for their next president. They are taking a second look at their options after media allegations have been made against both men. 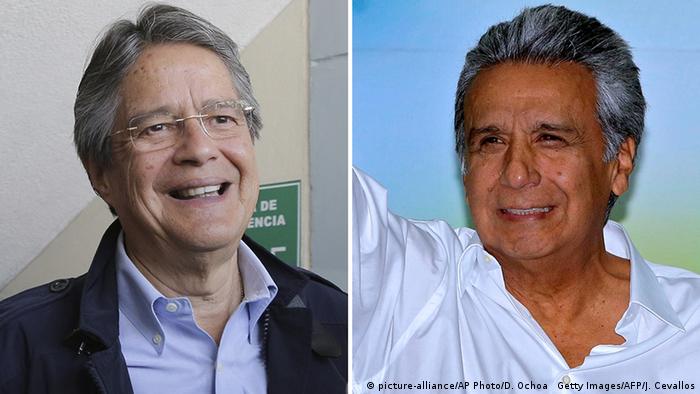 Lenin Moreno (photo right,) a former deputy to leftist President Rafael Correa led the first round vote to become the Andean country's leader in February. But he did not gain the 50 percent he needed for a first round win against conservative opponent Guillermo Lasso (photo left.) So the two men go head to head in a run-off election on Sunday to decide who takes over the presidency in May. Correa is barred by the constitution from seeking re-election.

Moreno beat pro-business banker Lasso by more than 10 points in the eight-way first round vote in February. But as more than 60 percent of voters opted for candidates opposing Moreno, a win for the conservative seemed on the cards. 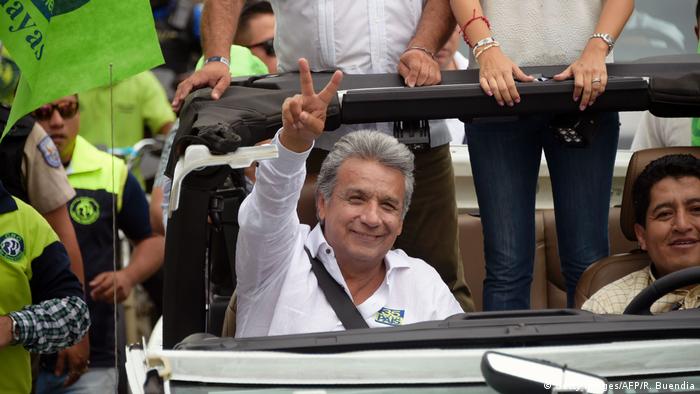 Voters have expressed concerns over the state of the economy and a reluctance to vote for the left-wing PAIS Alliance after a decade of Correa's "Citizens Revolution" which rewrote the constitution, increased government spending and raised the minimum wage but has been weakened by a reliance on oil as world prices fell. The economy has entered into a recession, thousands of state workers have been laid off and state finances are insecure. The economy is forecast to shrink 2.7 percent this year, according to the International Monetary Fund.

But in the last opinion poll held ten days before the run-off vote on Sunday, Moreno had risen to a 52 percent share over 48 percent for Lasso.

A second look at the banker

Lasso's decline in the opinion polls could be explained by revelations over his past business activities. Lasso is the major shareholder, via his GLM trust, of Banco Guayaquil which is one of the South American country's biggest lenders.

As an investor, and the bank's executive president for more than 20 years, Lasso was a major beneficiary of the profits from a program at the end of the 1990s of purchasing cheap IOUs given to depositors who had their savings frozen to avert a bank run while inflation was soaring. The government later bought back the IOUs at full value, resulting in substantial profits for the bank and its investors.

According to media reports, which Lasso denies, some of his profits were syphoned to offshore tax havens. Correa had been the first head of state to commit to Oxfam's "Even it Up" campaign to eliminate tax havens in Latin America and the Caribbean. 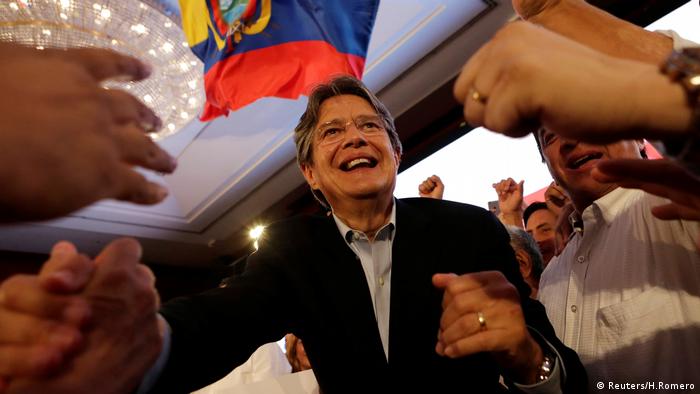 In the weeks since February's first round presidential vote, Moreno's party has focused on the tax-avoidance allegations, and suggesting that Lasso would reverse social spending programs for the poor.

"Excessive wealth in a country marked by inequality and huge poverty isn't a very good business card," said Pablo Ospina, a political scientist at the Andina University in Quito.

Moreno under the spotlight

Moreno has not come through the campaign unscathed as allegations continue that Brazilian construction conglomerate Odebrecht paid bribes to 18 Ecuadorian politicians who were identified by codenames such as "Grosso," "Lights" and "Chanceller" according to the physical characteristics, personality traits or professional status of those receiving bribes. The names were published in the "Expreso" newspaper in January which alleged Odebrecht won contracts worth $1.6 billion (1.5 billion euros) during the Correa governments.

Lasso has also accused the ruling party of covering up the scandals, stifling media and placing party loyalists in key positions within the state institutions.

Lasso has also promised to remove Wikileaks founder Julian Assange from the Ecuadorean embassy in London where he has been since 2012 after asking for asylum, fearing extradition via Sweden to the US.

So voters face a choice between a 64-year-old 2012 Nobel Peace Prize nominee for his advocacy for people with handicaps and a 61-year-old banker pledging to create a million jobs in Ecuador.

The count following the February poll was criticized for being slow. The electoral authorities attributed the delay to the slow arrival of ballots from remote regions and consulates abroad, as well as to inconsistencies.

Voters in Argentina, Brazil and Peru have turned towards conservative politicians in elections held over the last year or so. Sunday will show if Ecuador goes on to join them.