Rafael Correa is alleged to have orchestrated the brief kidnapping of an opposition lawmaker in 2012. He faces up to 12 years in prison if a criminal trial goes ahead and ends in a guilty verdict. 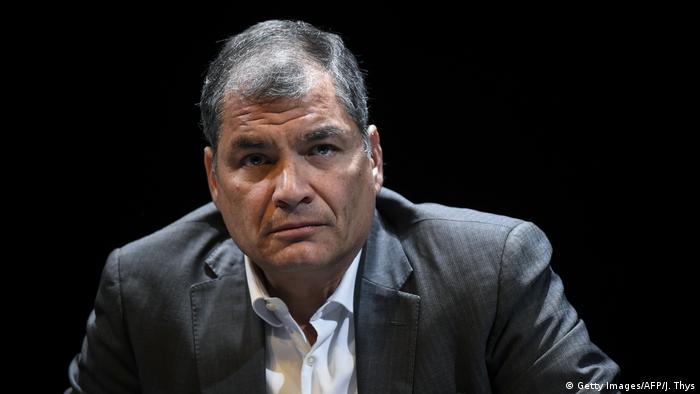 Ecuador's top court has opened a criminal trial against former President Rafael Correa for his alleged involvement in the kidnapping of a rival lawmaker.

Correa was charged in September with overseeing the 2012 kidnapping of Fernando Balda in Colombia's capital, Bogota. Colombian police freed Balda shortly after his abduction.

Balda had fled what he said was political persecution during Correa's administration.

Three other men from Ecuador's security services are also set to stand trial alongside Correa. They entered a witness protection program after telling police that Correa ordered the kidnapping.

The court on Wednesday ordered that the trial can only begin after Correa's arrest. The 55-year-old, in power from 2007 to 2017, has lived in Belgium since last year.

He denies any wrongdoing and has called the case a "farce." He faces up to 12 years in prison if found guilty.

Some of Correa's former aides, including former Vice President Jorge Glas, are already in prison for corruption.

Myanmar: Reporter placed in chokehold as 6 journalists charged 39m ago

US police uncover 'possible plot' to breach Capitol 6h ago