Ecuador is emerging as a focus for transnational criminal groups, according to US and European officials. Colombian and Mexican drug traffickers as well as Chinese and African human traffickers use it as a business hub. 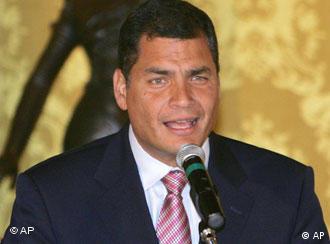 The Financial Action Task Force (FATF), the inter-governmental body responsible for combating money laundering and the financing of terrorism, is expected at its meeting in February in Abu Dhabi to include Ecuador on its high-risk jurisdiction list at the request of G20 finance ministers.

The officials and analysts say concern about Ecuador has been mounting since an Ecuadorian government investigation revealed in December that the drug trafficking Revolutionary Army of Colombia (FARC) possessed an extensive network in Ecuador that includes some of President Rafael Correa's closest aides and may have allowed the guerrillas to partially fund his 2006 election campaign. FARC has been designated a terrorist organization by both the United States and the European Union. 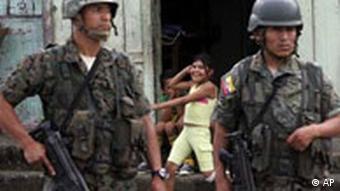 The investigation into a 2008 Colombian bombardment of a jungle camp on Ecuadorian territory, in which the FARC's second-in-command Raul Reyes was killed, relied heavily on 600 gigabytes of data found in computers and hard drives in the destroyed camp and authenticated by Interpol. Correa has denounced the investigation, which he initiated.

FARC's penetration of Ecuador's government and judiciary, the country's weak institutions and anti-money laundering laws and its nonexistent anti‐terror financing laws as well as its porous borders with its drugs producing neighbors have turned Ecuador into a place where transnational criminal organizations from Latin America, Russia, China, India and Africa can conduct business, according to a just-released report by the Washington-based International Assessment and Strategy Center (IASC).

"Ecuador (is) attractive to a host of Latin American criminal organizations, particularly for money laundering activities," the report says.

The report goes on to say that Ecuador is "increasingly attractive for Russian organized criminal groups, both for weapon sales to the FARC and to launder money" and that "Chinese triads, particularly those involved in smuggling human beings, have greatly increased their presence in Ecuador." The Financial Action Task Force warned in 2007 that Ecuador had failed to comply with 48 of its 49 recommendations on money laundering and terrorist financing.

The officials say the lifting in 2008 of visa requirements for nationals of most countries and the adoption in 2000 of the US dollar as Ecuador's national currency make it easy for Russian, Chinese, Indian and African criminal organizations to operate in Ecuador.

The dollarization of Ecuador's economy, lax restrictions on the movement of large amounts of money and some of world's strongest bank secrecy laws enable the laundering by Russian crime groups of proceeds of Mexican drug and Asian and African human traffickers. A recent study by Quito's San Francisco University concluded that annually up to $1billion (0.7 billion euros) are laundered through Ecuador. US law enforcement officials say the figure could be substantially higher.

The lifting of visa requirements has allowed Chinese triads as well as Indian and African human traffickers to process people they are trafficking through Ecuador, the Washington institute's report says. US diplomats say that virtually every non-Latin American immigrant caught since the lifting entering the United States from Central America and Mexico has transited through Ecuador. "They are mostly Africans or Central Asians, which raises security concerns," one diplomat said. 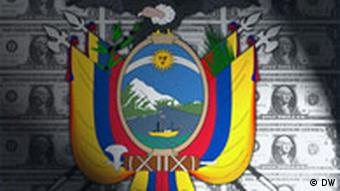 Ecuador has been accused of being a money-laundering hub

US concern about Ecuador is compounded by recent agreements between Ecuador's central bank and Iranian financial institutions subject to sanctions by the United Nations and the United States. The agreements allow the Export Development Bank of Iran (EDBI) to deposit $120 million in the central bank to fund trade between the two countries. US officials note that trade between Ecuador and Iran has never passed the $2.5 million mark and has dropped in recent years to as low as $16,000. The US Treasury imposed sanctions on EBDI a month before Ecuador concluded its agreement with the bank.

The agreements allow Bank Saderat, an EBDI subsidiary, to open a branch in Ecuador. Analysts say the agreements were in retaliation for alleged US support of the Colombian attack on Ecuador in 2008. The US has denied guiding the Colombian aircraft or providing munitions and intelligence for the attack.

The attack was part of Colombia's US-backed military campaign against FARC that has effectively pushed the guerrillas from the center of the country to its borders with Ecuador and Venezuela. Increasingly dependent on Ecuador for the supply of precursor chemicals, food, medicine and weapons and the delivery of its cocaine to foreign markets, FARC has sought to ensure its access to the country. 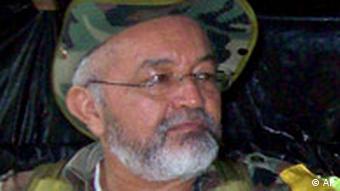 The investigation into the Colombian attack concluded that to do so, FARC has corrupted Ecuador's judicial system. "What is at stake is the security of the country itself," the investigation report warned. It quotes a 2008 handwritten note from Reyes, the killed FARC commander, to Ecuador's than prosecutor general, Xavier Garaicoa, saying that "we have received with satisfaction your message of solidarity with our organization, in benefit of the Colombian people and thank you for your offer to use your good offices on our behalf."

The report lists multiple seizures of cocaine by the police and military in which none of those arrested served significant jail time. It said the military was investigating some 50 cases in which armed forces personnel were suspected of "not complying with authorized procedures, carrying out business with illicit irregular forces, and maintaining unauthorized contacts. Every day more cases of complicity are added, involving cases of trafficking in drugs, weapons, precursor chemicals and fuel."

The report goes on to say that numerous court cases have been annulled and cites among many that of Lt. Col. José Hidalgo Obando, who was tried for frequently failing to arrest FARC patrols on Ecuadorian territory. "The judicial process was annulled on Oct. 1, 2008, and the reports of his actions rest in the archives of the armed forces," the report says.

Speaking to Ecuadorian journalists, the investigation's coordinator Francesco Huerta warned that Ecuador is "becoming a narco-democracy." The journalists quoted him as saying that FARC wielded influence throughout Ecuadorian society in politics, the church, the military, justice, civil society and the media. Huerta said the prosecutor general's office was dragging its feet on investigating crimes identified in the report.

The report, nonetheless, carefully evaded attributing any direct blame to Correa himself. FARC's Raul Reyes was less diplomatic in his appraisal of Correa.

"This place is a trap," he wrote in his diary days before he was killed in the Colombian air raid. "They have me tied up here under the pretext that I should receive the international delegations. All this stuff is very false... The revolutionaries who visit me, save for a few people, only want money and deals. I ask myself, how many of them are infiltrators who work as double agents? I feel the presence of double agents in Correa's intimate group, without a doubt… Trusting Correa was suicide. All the contributions of money for Correa's campaign weren't worth a damn."

German Chancellor Angela Merkel on Saturday, May 17, pledged to support Colombia in its attempt to prosecute and come to terms with its history of right-wing paramilitary death squadrons. (18.05.2008)

German hostage in Colombia freed by rebels after five years

A German citizen held hostage for five years by Colombian FARC guerrillas has been freed, the German foreign ministry said. (06.04.2006)

French-Colombian politician Ingrid Betancourt arrived in Paris on Friday after six years as a captive of FARC rebels in Colombia. The European press said the rescue signalled the beginning of the end for the FARC. (04.07.2008)