Economy trumps religion in Egypt′s election | World | Breaking news and perspectives from around the globe | DW | 23.05.2012

Egyptians have started two days of voting for a new president. Unlike last year's parliamentary elections, economic issues - not religious ones - are foremost on voters' minds. 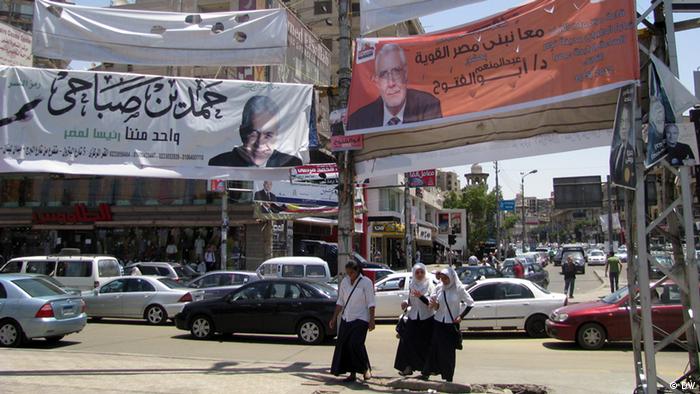 The nose is a striking organ. More than most other parts of the face, it lends to a person's profile, can be more - or less - attractive. But in this case, the question is whether it's right to take the nose on your face and change its appearance with the help of a plastic surgeon. The question gets contentious if you regard the nose as a small but clearly thought-through part of the human body as divinely created.

Is it up to humans to change what God made?

That's the question some religious voters in Egypt had to think over ahead of parliamentary elections when a candidate for the ultra-conservative Salafists first had a nose job and then claimed the visible scars were actually the consequences of a robbery. Lying and altering God's creation - a double set of sins that left some Salafists doubting their moral standards.

It's occurrences like these that made more than a handful of voters rethink their intentions to vote for religious-conservative politicians, according to Dalia Ziada, executive director of the Ibn Khaldun Center for Development Studies.

Egyptians had voted for Islamic candidates mainly because they wanted morally irreproachable politicians, Ziada said, adding that people thought religious candidates - unlike other politicians - were not corrupt, would not lie or do wrong. 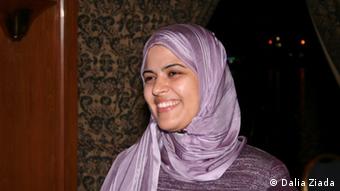 Dalia Ziada: Egyptians are rethinking their support for religious candidates

But now with presidential elections looming, it has become clear to many voters that religious candidates do not behave differently from secular ones.

"What was brought to light for a lot of voters was that the Islamists, contrary to their assumptions, were not the best choice," Ziada said. "They are not less corrupt than other politicians."

Priority given to economic issues

The presidential elections in Egypt, scheduled for May 23 and 24, are taking place under very different conditions than November's parliamentary poll. While ideological and religious issues dominated campaigning then - with the Muslim Brotherhood and the Salafists emerging as the strongest groups - now many of Egypt's 52 million voters are focusing on economic issues, according to Thomas Demmelhuber, a political science professor at the University of Hildesheim Foundation.

Though the most recent set of data indicated an improving economic situation, the country is struggling with massive problems. 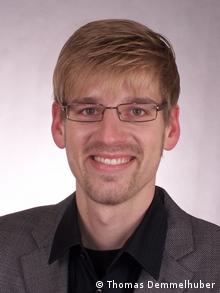 "Voters are mainly interested in a socio-economic revolution dividend," Demmelhuber said. "They want to be doing better than they were under the autocratic Mubarak regime. That makes negotiations with international and regional donors so important, because without them Egypt would be facing national insolvency."

Public safety is also on voters' minds. After the revolution many police quit their jobs, leaving a safety vacuum that the military was only able to fill in a rudimentary way.

"Most Egyptians are looking for more stability and security because these are the foundation of doing normal business and a normal public life," Demmelhuber said.

Most of the 13 candidates for president represent secular viewpoints. The religious camp is represented by Abdel Moneim Abol Fotouh, an independent who had ties to the Muslim Brotherhood; Mohammed Morsi, the Brotherhood's candidate; and Abdulla Alashaal of the Salafist Authenticity Party.

Among the main secular candidates are Amr Moussa, the former general secretary of the Arab League and former President Hosni Mubarak's foreign minister; Ahmed Shafik, an air force general and Mubarak's last prime minister; and Hamdin Sabahi, who led the Egyptian opposition ahead of the revolution. 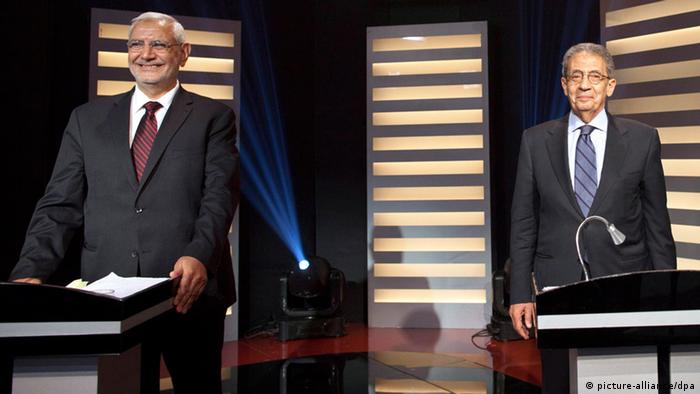 Should voters lend their support to secular candidates, the people who first took to the streets in protest will be the ones putting their mark on the new president's office. Their religiously neutral demands and inter-confessional alliance had garnered during parliamentary elections.

Demmelhuber said the protesters' failure' during the election was due to the fact that they were unable to turn their protests into an organized institution the public could vote for.

"They left the political vacuum to be filled by better-organized political actors and the consequence was that representatives of political Islam won a clear victory," he added.

Now there is a chance that secular concerns will find more support. The atmosphere in Egypt has quieted down. Half a year after the parliamentary elections, more Egyptians are paying closer attention to how realistic a candidate's political plans are, aware of the fact that their country cannot afford an experiment.

The military council currently calls the shots in Egypt, and the Muslim Brotherhood has been challenging that for weeks. To achieve their ends, the Brotherhood has taken to breaking promises - it's a risky strategy. (12.05.2012)

In a historic first, Egypt's two leading presidential candidates faced off in a nationally televised debate, seeking to profile themselves as the best choice. Each candidate took swipes at the other's political past. (11.05.2012)