In a strongly worded open letter, five prominent Keynesian economists have implored Angela Merkel to relax her government's hawkish position on Greece. 'History will remember you for your actions,' they wrote. 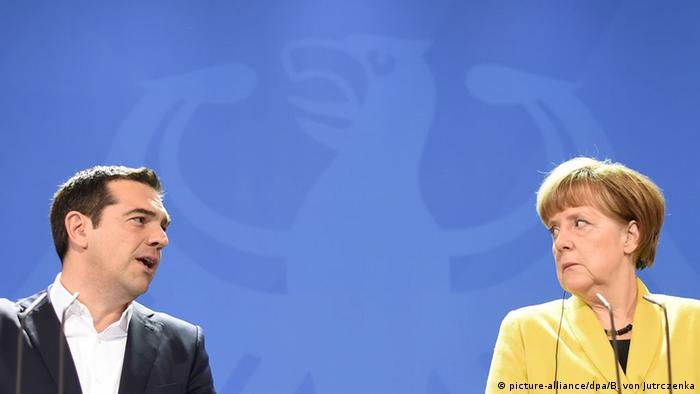 Their warning to the German chancellor was unambiguous: either stop "force-feeding" the Greek people "never-ending austerity," or risk killing "the eurozone as a beacon of hope, democracy and prosperity."

On the same day that eurozone leaders descended on Brussels to discuss Greece's latest bid to unlock fresh aid from creditors, five prominent economists delivered a crushing verdict of the cash-for-reform policies creditors have imposed on Athens in recent years.

The authors of the open letter, published in leading European newspapers on Tuesday, included Thomas Piketty of the Paris School of Economics, Jeffrey D. Sachs from Columbia University, and Simon Wren-Lewis of Oxford University.

All five are of the moderate-left school of thinking in economics often associated in the English-speaking world with the British economist John Maynard Keynes, who in the 1930s was among the most prominent voices calling for governments to lift the economy out of the Great Depression by means of massive deficit spending.

Demands of belt-tightening in exchange for bailout money "has served only to make a Great Depression" and "has bled the patient, not cured the disease," the letter read.

The numbers, the economists wrote, speak for themselves: "40 percent of [Greek] children now live in poverty, infant mortality is sky-rocketing and youth unemployment is close to 50 percent."

The letter appeared two days after Greece's national referendum on the conditions attached to Europe's offer for additional loans many analysts argue Athens desperately needs in order to stave off an economic collapse.

Rather than predicating financial aid on ever-deeper spending cuts, the five economists argued that he only way to get Greece back on its feet was for its international lenders to forgive much of the country's debt - an unsavory prospect in Germany, which has provided the largest share of bailout aid.

"To Chancellor Merkel our message is clear: we urge you to take this vital action of leadership for Greece and Germany, and also for the world," the economists wrote. "History will remember you for your actions this week."

The European Central Bank is meant to be independent from politics. But it's bending its own rules and mandate beyond recognition to buy incompetent politicians more time, says DW's Rolf Wenkel. (07.07.2015)