Germany needs new recruits: according to a new survey by the German Chambers of Industry and Commerce there will be six million fewer Germans of working age by 2030. So what is the government doing about it? 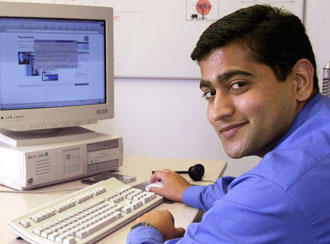 Germany is trying to improve opportunities for skilled immigrants

Labor Minister Ursula von der Leyen and Interior Minister Thomas de Maiziere were both in Berlin on Tuesday to explain how the government is reacting to Germany's growing demographic crisis.

Dire warnings about the ageing population are commonplace in western Europe. In Germany, where social security is comparatively generous and birth-rates comparatively low, the problem is particularly acute – demographers agree that in the next 20 or 30 years, the pensioned population will outnumber the workforce. 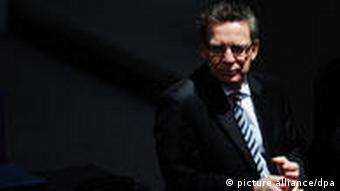 The interior minister believes the focus should be on homegrown talent

According to a new survey carried out by the German Chambers of Industry and Commerce (DIHK), the lack of workers requires the most immediate attention. As the economy recovers from recession, German industry is desperately seeking skilled workers. The survey found that as many as 70 percent of German companies have difficulty filling vacancies for qualified posts.

In the past, the solution to this problem has been reduced to an either/or question: should we import workers from abroad or train those living here better? As Interior Minister Thomas de Maiziere pointed out on Tuesday, neither option on its own is enough. "Yes, we need immigration, in proportion to the German job market," he said at Tuesday's press conference. "But immigration cannot solve the demographic and qualification problems – our priority must be the mobilization of the German and EU job markets."

There seems to be only one way out: to improve vocational training and encourage foreign skilled workers to settle in Germany at the same time. This is far from easy, since even skilled students educated in Germany are often lured to the United States by the promise of a faster introduction to the professional world.

America does it better

DIHK president Hans Heinrich Driftmann laments the divide between academia and industry that still reigns in Germany, compared with the close cooperation that exists in the US.

"In many universities in Germany it is seen as a failing if you work intensively with industry," he said. "If you go to Stanford, industrial companies are located all around the campus, and they have laboratories that make scientific standards possible that we can't match in universities here in Germany." 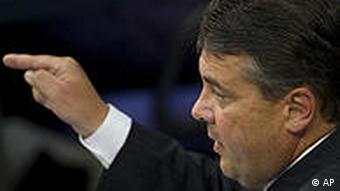 But of course the problems are much deeper. Germany's universities may not be able to compete with American ones, but potential foreign workers are also put off by Germany's immigration laws, which require proof of high earnings to settle in the country and deny the right to dual citizenship. At the same time, Germany's three-tiered education system more or less guarantees that many children won't achieve sufficiently high academic qualifications.

Opposition leader Sigmar Gabriel of the Social Democratic Party says the problem is Germany's endemic resistance to immigration, and the underlying discrimination that leaves the children of immigrant families in the lower tiers of the school system.

"We don't have any offers where immigrants get the impression that their children will be well supported," Gabriel said in a recent interview. "We are a country that for over 20 or 30 years has refused to recognize that it is a country of immigration. People don't want to be guests here for a few years and get the idea that once they've helped out for a while, they'll be thrown out."

The government's current plan is to concentrate on developing homegrown skilled workers, but perhaps a new approach to immigration would also stimulate the job market.

Ahead of a debate in the German parliament in the autumn, three German non-governmental organizations (NGOs) have called on the government to remove obstacles to dual citizenship in order to aid integration. (23.08.2010)

Germany’s education minister has presented a report outlining a decline in skilled school-leavers in the country. It highlights a rising high school drop-out rate and a drop in apprenticeships being taken up. (28.04.2010)