The eurozone weathered the Brexit vote "with encouraging resilience" and the European Central Bank is 'ready, willing and able' to make sure that momentum holds, Mario Draghi said after the bank's latest policy meeting. 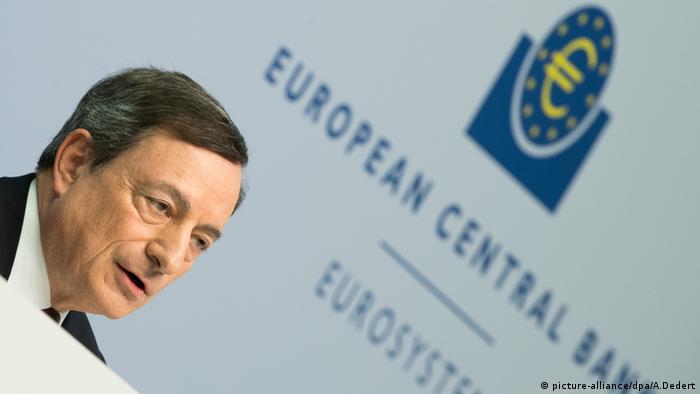 The ECB chief reassured national lenders and investors on Thursday, saying his institution would everything in its power to keep supporting the eurozone economy after the shock created by the British vote to leave the European Union.

Draghi said that any post-Brexit strain on the common currency bloc had been well contained since the vote initially shocked investors and sent major stock indexes tumbling.

"If warranted to achieve its objective, the governing council will act by using all instruments within its mandate. I would stress our readiness, willingness, ability to do so," Draghi told a press conference after meeting with the bank's governing council earlier in the day.

During that meeting, the central bankers decided to leave the ECB's benchmark refinancing rate untouched at 0 percent, where it's been since March. They also opted to leave the bank's bond-buying program at 80 billion euros ($88 billion) a day. The bank is still trying to boost growth in the eurozone and kickstart low inflation.

It also left its deposit rate at minus 0.4 percent and its marginal lending rate at 0.25 percent. The negative rate is meant to encourage banks to lend their money out rather than parking it at the ECB, where it would stay idle and not be used to stimulate the economy. The marginal lending rate applies to financial institutions borrowing from the ECB overnight.

ECB conference kicks off in the shadow of Brexit

The heads of the European Central Bank have come together for a strategy meeting in Sintra, Portugal. There can be no doubt that the gathering will focus on what the ECB can do to cushion the impact of Brexit. (28.06.2016)

Germany's Constitutional Court in Karlsruhe has issued a closely watched ruling on the legality of the ECB's program of Outright Monetary Transactions (OMT). It said the bond-buying instrument did not violate the law. (21.06.2016)

The European Central Bank has delivered a surprise cut in interest rates. The move was accompanied by an announcement that it would also boost its large bond-buying program in a bid to kickstart the eurozone economy. (10.03.2016)