The World Health Organization has announced the Ebola death toll is unchanged. The UN health agency said the figures reflect discarded "suspect and probable" cases of the virus. 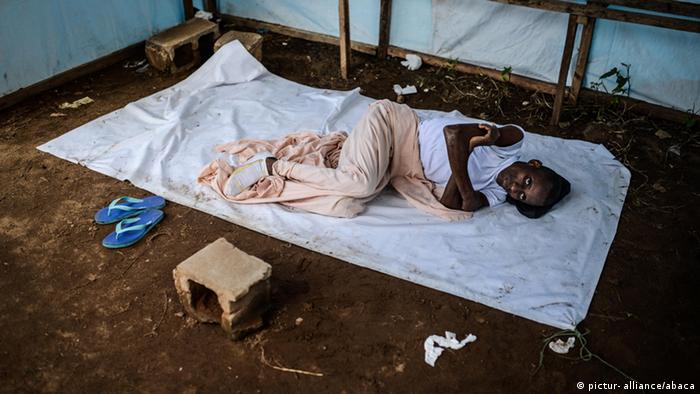 The World Health Organization said late Wednesday that the Ebola death toll remained unchanged at around 4,922.

The WHO's latest update was released after the available data had been revised, and suspect and probable cases of the virus were discarded following laboratory tests. This saw the death toll in Liberia reduced by almost 300.

The UN health agency made the announcement following a news briefing in Geneva. 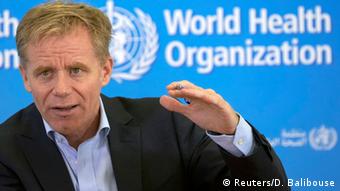 Dr. Bruce Aylward has said the infection rate is slowing

Senior WHO official Dr. Bruce Aylward said earlier on Wednesday that the rate of Ebola cases in Liberia seemed to be slowing.

"It appears that the trend is real in Liberia and there may indeed be a slowing of the epidemic's spread there," Aylward told a news conference in Geneva.

The organization also said there were more spare beds in the city's treatment centers.

The WHO appeared to support the evidence from the Red Cross, but warned the Ebola crisis was far from over.

"Do we feel confident that the response is now getting an upper hand on the virus? Yes, we are seeing slowing rate of new cases, very definitely," Aylward said.

He also told the news conference that more than 13,600 people had been infected with the virus since the current epidemic in West Africa broke out between February and March.

Californian health officials have ordered the quarantine of recent travelers from Ebola-hit states who have had contact with an infected patient.

The new rules were announced by California's Department of Public Health (CDPH) and enforce a 21-day quarantine for suspected cases.

"Today we're establishing a statewide, standard protocol requiring some level of quarantine for those at highest risk of contracting and spreading Ebola," said CDPH director Ron Chapman. "This order will protect the health and safety of Californians and support the state's local health officers' existing authority to develop protections against disease spread," he added.

The order also stated that "a person traveling to this region that has not come into contact with a person with Ebola will not be subject to quarantine."

It said the "affected areas" included the West African States of Guinea, Liberia and Sierra Leone.

The enforced quarantine of a US nurse in New Jersey who had treated patients in Sierra Leone sparked recent controversy amid calls from the woman herself that her human rights were being violated.

The nurse was discharged on Monday, a day after New York eased strict new quarantine rules under pressure from President Barack Obama's administration.

Elsewhere, the Pentagon on Wednesday ordered a 21-day quarantine for all troops returning from West Africa, highlighting a division between the US military and other government agencies in favor of more relaxed measures.

President Barack Obama has publicly thanked US health workers who have traveled to West Africa to fight Ebola. Health experts say recent moves by the United States and Australia could be counterproductive. (28.10.2014)