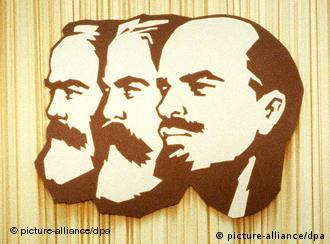 Is the 19th century Marx (far left) a "modern" thinker?

Left Party co-chief Lafontaine told the conservative newspaper Die Welt that he found some sections of the Communist Manifesto to be "very contemporary," and should be adopted into the party program.

The segment he would like to include in his policy, about the bourgeoisie and capital, reads: "For exploitation veiled by religious and political illusions, (the bourgeoisie) has substituted naked, shameless, direct, brutal exploitation." 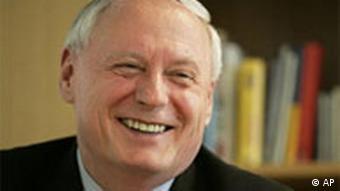 "Red Oskar" seems to be out to earn his nickname

The Left is particularly strong in the eastern states, where it has organized itself partly around the remains of the old East German communist party. Recent polls show the party with 30 percent voter support, compared with 26 percent for its nearest rival, the SPD.

Marx was a 19th century philosopher, political economist and revolutionary, who viewed history as a series of class struggles. His Communist Manifesto is held as the basis of Communist theory.

Lafontaine's comment is bound to raise discussion at the Federal Party Convention at the end of May in Cottbus, especially with the former members of the alternative WASG party, who joined the PDS socialist party to form the Left Party. 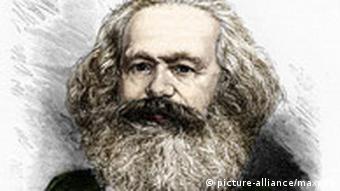 For Marx, history was a series of class struggles

Lafontaine is a former Social Democratic state premier who ran for chancellor, and was once German finance minister. He left his old party to move further to the left. He has been dubbed "Red Oskar" by critics of his left-wing views.

Meanwhile, Lafontaine also used the interview to call for the nationalization of postal, telecommunications and electricity services, Die Welt said.

"The neo-liberal privatization of the energy sector has led to monopoly prices," he told the paper, adding that the prices were cheating German consumers. "The power grid belongs to the public.

The 64-year-old politician was once branded "Europe's most dangerous man" by a British tabloid.

The leader of the Social Democrats in the state of Hesse signaled a significant shift in German politics by saying she would hold talks with the Left Party. But her main opponents want her to consider a grand coalition. (05.03.2008)

DW-TV spoke to Left Party leader Oskar Lafontaine about globalization, climate change and the goals which his party -- made up of former East German communists and disaffected Social Democrats -- has set out for itself. (16.09.2007)

Does a 19th century tract have any place in modern politics? Please include your name and country in your reply.