The party of Turkish Prime Minister Recep Tayyip Erdogan is leading key local elections, according to initial results. Clashes in rural areas during the vote resulted in at least eight deaths. 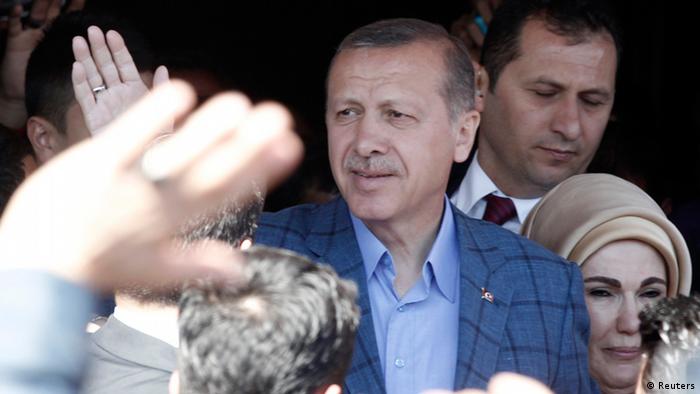 Erdogan's Justice and Development Party (AKP) took a strong early lead in Sunday's municipal elections, according to local television stations. With 13 percent of the votes counted, the AKP was at 49.6 percent of the nationwide vote, the private channel NTV reported.

CNN Turk reported AKP with 48 percent of the vote, based off more than 10 percent of votes counted. The station added he was leading in Turkey's largest city Istanbul, and the capital Ankara.

The opposition Republican People's Party (CHP) was leading the city of Izmir.

Sunday's elections, which will determine provincial assembly members and city mayors, saw localized instances of clashes between supporters of rival politicians in rural areas with eight people killed and another 20 injured. For the most part, however, the elections were peaceful and lines were long at polling stations.

The vote is seen as a litmus test for Erdogan's party. Despite not even being on the ballot, the Erdogan campaigned heavily across the country as he and the AKP fight the implications of leaked audio recordings that connect the prime minister's government to a graft scandal and indicate it was planning a military intervention in Syria.

In the run-up to Sunday's elections, Erdogan attacked his opponents as "traitors," blaming them for the leaked audio recordings.

"Our people will tell the truth today," Erdogan said on Sunday after casting his ballot in Istanbul.