The international jury at "The Bobs - Best of Online Activism" has awarded its laurels for 2015. In addition to the Jury honors, Internet users spanning the globe voted for winners in the contest's 14 languages. 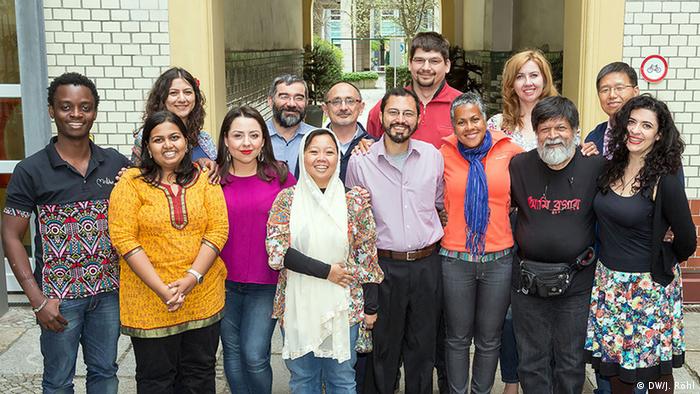 The Internet is teeming with activists around the world ready to share their struggles and experiences. But how do you find the projects that can help you where you live? That's one of the questions answered by Deutsche Welle's 11th annual The Bobs - Best of Online Activism.

An international jury representing 14 of the world's language regions met in Berlin to decide on the winners by evaluating websites and projects from around the world. After a day of passionate discussions, Jury Awards for 2015 went to a community security platform from Mexico, a blogger from Bangladesh as well as a Syrian-Palestinian videogame. 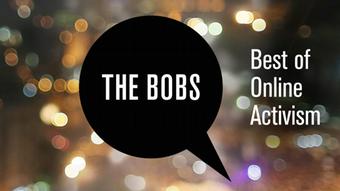 Social Change
Blogger Rafida Bonya Ahmed writes Mukto Mona to continue the work of her husband, Avijit Roy, who was brutally murdered this year. Roy died of wounds he suffered during an attack in Dhaka on February 26. The blog reports in a critical, journalistic way on secular and scientific issues. It raised the ire of religious fundamentalists in the country to the point where they published a kill-list of 84 bloggers, eight of whom have already been murdered. The award for this blog is recognition "for the men and women who continue to work despite the danger they are in," explained Shahidul Alam, The Bobs' Bengali-language jury member.

The Social Change category is designed to honor a project that effectively promotes social issues by using technologies like innovative apps or a detailed explanation of topics of critical importance in order to have a positive influence on the world.

Privacy & Security
The Mexican website Rancho Electrónico won this year in the Privacy & Security category. The platform's creators produce detailed reports on data security, encryption and surveillance in Mexico. Additionally, they hold workshops and other events to make contact with people and create a community concerned about privacy. The platform's goal is to reach out to people so they can overcome the digital divide, according to Renata Avila, The Bobs' Spanish-language jury member.
This category honors software or online services, informative websites and other projects that help people protect their data, personal information and privacy. 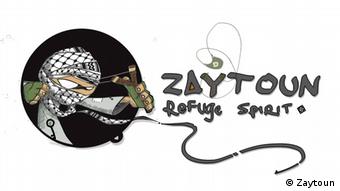 Arts & Media
"Zaytoun, the little refugee" won the Jury Award in the Arts & Media category. This videogame follows the fate of a Syrian-Palestinian refugee and draws attention to the many people suffering though the war in Syria. Zaytoun's story of struggling to survive in the Yarmouk refugee camp as it is being destroyed represents the many refugees from the Palestinian Territories who are fighting for their lives in Syrian refugee camps. "Syria is one of the biggest humanitarian disasters of the century and that goes double or triple for Palestinian refugees. Zaytoun makes this connection visible," said Leila Nachawati, The Bobs' Arabic-language jury member. "We hear a lot about Syria, but we seldom hear from the voices of the people on the ground. The award sends a signal that these people are not forgotten."

The Arts & Media category honors projects that do an exceptional job of using digital communications to convey their own interpretation of social issues.

Take Back the Tech wins "People's Choice for English"
In addition to the Jury Awards, Internet users visited thebobs.com in droves to vote for the winners of the People’s Choice Awards in each of The Bobs' 14 languages. In all, there were about 30,000 votes cast. Take Back the Tech won the public's recognition in the category People's Choice English. The project is a series of campaigns promoting the use of technology, especially by women and girls, in advocacy against gender-based violence. 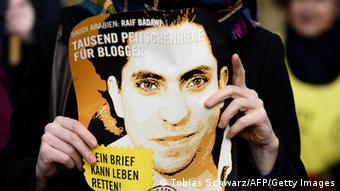 Deutsche Welle Freedom of Speech Award
The Deutsche Welle Freedom of Speech Award went to Raif Badawi at the end of February as a part of The Bobs awards. The 31-year-old Saudi blogger was sentenced to 1,000 lashes, 10 years in jail and a heavy fine for insulting Islam in May 2014. DW Director General Peter Limbourg said Badawi made an extraordinary contribution for human rights in general and freedom of expression in particular.

More information about all The Bobs winners can be found at www.thebobs.com.

Award ceremony at the Global Media Forum
Deutsche Welle created The Bobs - Best of Online Activism in 2004 and aimed to stimulate and enrich public discussion of freedom of expression using online media. Sites and projects submitted to the competition represent the multifaceted world of possibilities and opportunities that can be harnessed to promote freedom of expression and shed light on injustices around the world.

From the more than 4,800 websites and online projects submitted to the competition, the 14-member international jury nominated 112 candidates as finalists for The Bobs 2015. The three Jury Award winners and the winner of the Deutsche Welle Freedom of Speech Award will be invited to participate in an award ceremony on June 23 as part of the Deutsche Welle Global Media Forum in Bonn, Germany.

Take Back the Tech

"The Bobs - Best of Online Activism"