Women in five Dutch cities took to the streets on Saturday in protest at the paucity of female-friendly public toilets. The protests took the form of peeing in the street, an act that can be punished by a 90 euro fine. 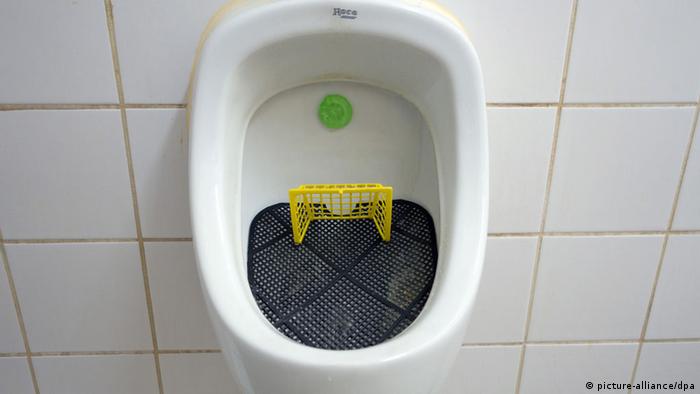 In five cities – Amsterdam, Eindhoven, Haarlem, Rotterdam and Utrecht – several hundred women relieved themselves in male urinals or on the street on Saturday, according to protest group Zeikwijven, or "pissing women."

The protest – "Power to the Peepee" – was organized by Geerte Piening, who was found guilty earlier this week of public urination in a place where there was no toilet for women. She was fined €90 ($105).

She said the protesters want to prove "that it isn't possible for women to urinate in a decent, hygienic and dignified manner in a public urinal designed for men."

By mid-afternoon, more than 160 images had been posted on Instagram under the hashtag #zeikwijf. Some of the images will be sent to Dutch Minister for Education, Culture and Science Jet Bussemaker with a petition called "Urination Equality in the Netherlands."

The protest was triggered after a male judge told the 23-year-old Piening that she should have used a men's urinal. "It would not be pleasant but it can be done," the judge said, according to local media.

On Saturday, some demonstrators urinated on copies of the ruling as part of their protest.

Piening complained that there are dozens of toilets for men in her home city of Amsterdam but only a couple for women. She claims her public urination was an emergency and that she had no alternative.

Japan: the land of a thousand conveniences

Heated toilets that spray users clean, train seats that revolve so passengers can admire the scenery: welcome to Japan, where hospitality and customer service form part of the country's DNA. (18.09.2017)

A provocative Page 1 in the regional red-top Express has created nationwide controversy about plans to install a single squat toilet at a beloved Cologne meeting space. But is it all just a tempest in a toilet? (11.08.2017)

Berlin and beyond: Of PEGIDA and toilet design

What is it like to arrive in a new country where you know you will have to stay, but where nothing makes much sense? Tamsin Walker went to a Berlin theater using firsthand experiences to explore that very phenomenon. (16.06.2017)

India: Toilets for all