Dutch politician Geert Wilders has helped launch an anti-Islam political party in Australia. The new party is based on Wilders's right-wing Party for Freedom (PVV) in the Netherlands. 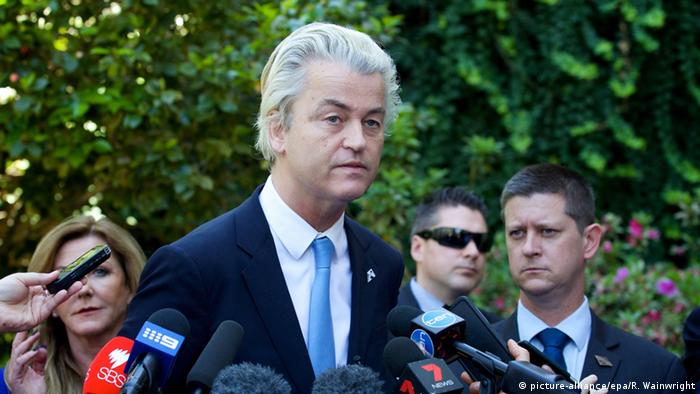 Facing a chorus of protesters that threatened to drown out the Dutch politician, Geert Wilders was one of the main attractions at an event in Perth on Wednesday that launched a new Australian political party, the Australian Liberty Alliance (ALA).

The ALA shares many pillars with Wilders's Party for Freedom (PVV) in the Netherlands, a controversial party that gained seats in parliament campaigning against the "Islamization" of the Netherlands.

During Wilders's visit, the message was similar: "Let us reclaim our countries," Wilders told a mixed crowd of supporters and chanting opponents. "Stop the mass immigration from Islamic countries."

Wilders was controversially granted a visa by Australian authorities, but the Premier of West Australia, Colin Barnett, blocked state-owned venues from hosting the Dutch politician. Wilders has been banned from entering other countries due to his anti-Islamic views.

"I do not support him and I do not support the things he says," said Barnett in an interview with Australia's ABC Radio. "However, I do recognize the right to free speech. He can say what he wishes, but he will not have any support from the West Australian government at all."

In addition to hosting Wilders, the ALA also announced a number of candidates who will contest seats in Australia's upper house Senate for next year's federal election.

The party has published a list of values and core policies on its website, which states "all attempts to impose Islam's theocracy and Sharia law on our liberal society must be stopped by democratic means."

ALA was set up by the Q Society of Australia, which bills itself as "Australia's leading Islam-critical movement."

The Dutch anti-Islam MP Geert Wilders says he plans to show cartoons depicting the Prophet Muhammad on Dutch television. He had wanted to exhibit them in parliament, but was knocked back. (04.06.2015)

Less than 10,000 PEGIDA members have rallied in Dresden despite Dutch populist Geert Wilders holding a speech in the eastern German city. Wilders called members of the anti-Islamization group "heroes." (13.04.2015)