Dutch Coffee Shops Close as Authorities Weed out Drug Tourists | Europe | News and current affairs from around the continent | DW | 29.04.2007

Each year, thousands of German drug tourists cross the border into the Dutch town of Enschede, where soft drugs such as marijuana are sold openly. Now, a government crackdown is forcing many coffee shops out of business. 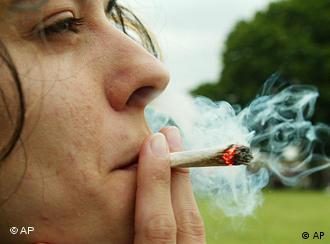 A dense, sweet-smelling smoke fills the room in the De Molen coffee shop. Here in the Dutch city of Enschede, the streets are littered with places like De Molen, which openly sell soft drugs such as hashish or marijuana.

But dozens of coffee shops have had to close shop in recent months, reflecting a growing consensus in the Netherlands that the country's notoriously liberal drug policy is currently doing more harm than good.

Enschede has been particularly problematic for local authorities, because of its immediate proximity to the German border. Thousands of drug tourists, mainly from Germany, pour across the border each year for a taste of legal marijuana, a controlled substance in almost every country of the world -- including, technically, the Netherlands.

"Many Germans come to visit Enschede just because of our coffee shops -- that is a fact," says Enschede city spokesman Michael Haase. Indeed, the nearest coffee shop is located just 300 meters beyond the border checkpoint.

The limits of tolerance 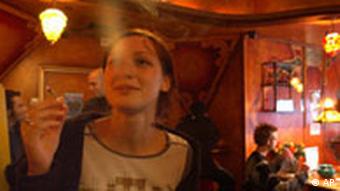 A girl smokes up in a Dutch coffee shop

The Dutch Ministry of Foreign Affairs has published a brochure complaining that shops located along the German border "frequently" cause trouble. And Haase says local residents are sometimes harassed by glassy-eyed drug tourists.

Enschede's drug trade has also become a liability for the border police, as drug tourists are regularly caught trying to smuggle the lucrative weed back into their home country.

But the last decade has seen a steady decline in the number of coffee shops, according to city officials. Eight years ago, Enschede counted 17 coffee shops; today, only 9 remain to serve the city's population of 155,000.

The number of coffee shops has declined nationally, as well, with nearly 740 coffee shops in 2004 compared to 1180 in 1997. Rather than a result of market realities, the decline stems from a concerted political effort to put a lid on the legal drug trade.

"Dutch local politicians have watched the drug tourism critically and have tightened the reins," says Christoph Boenig, spokesman for the cross-border network Euregio. And Michael Haase, the city spokesman, says "there is a consensus amongst all political parties" concerning drug policy.

Since 1999, local politicians in Enschede have had the authority to shut down coffee shops, even if there were no reports of trouble or disturbances. 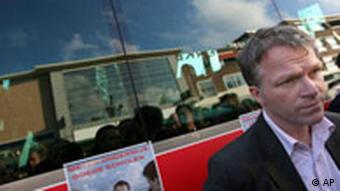 But it is unclear whether the reduction in the number of coffee shops has actually resulted in a decrease in drug consumption and drug tourism; and not all the coffee shops have closed down. In the De Molen coffee shop, it is business as usual.

The De Molen serves fifty customers on a normal day, and twice as many on weekends and holidays. The staff there reports that the number of German and Dutch customers is about equal.

Each customer is allowed to buy up to five grams of soft drugs, ranging from cannabis products like hashish or marijuana to psilocybin mushrooms, a psychoactive drug that can lead to hours of hallucinations. The De Molen, like most of its competitors, offers several different varieties of marijuana.

"You can choose from many different flavors and strengths," a saleswoman explains. The cheapest is called "Ketama," and 0.8 grams cost five euros (ca. seven dollars).

But other varieties, such as "White Widow," have been engineered for maximum strength, containing as much as 25 percent tetrahydrocannabinol (THC), the active ingredient in the cannabis plant. A few decades ago, cannabis varieties rarely contained more than 10 percent THC. 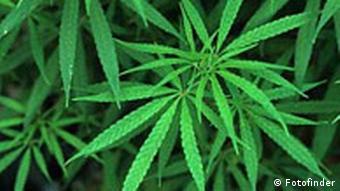 This increased effectiveness has caused policymakers to reconsider the definition of "soft" drugs. Some have advocated to bring Dutch policy in line with international standards by completely banning all drugs, soft or hard. But others say the current policy of tolerance is inconsistent, and that soft drugs should be legalized on the books as well as in practice.

The Netherlands effectively decriminalized soft drugs a few decades ago when it introduced a policy of "non-enforcement." Although possession and cultivation of cannabis remains technically illegal in Holland, law enforcement has systematically turned a blind eye, and the courts usually rule in favor of individual defendants.

Two years ago, Gerd Leers, mayor of the border city of Maastricht, criticized this government policy. Leers said that by allowing possession and retail sales of cannabis but not cultivation or wholesale, the government creates problems of crime and public safety.

The De Molen coffee shop has survived the wave of closures -- and so has another legal curiosity of the Dutch penal code. Shops are barred from transporting drugs to their stores. "How the stuff gets there remains a mystery," a customs official says.

The Netherlands are reaping rewards from their liberal attitude toward marijuana and hashish consumption in the country's coffee shops. The Dutch are relatively immune to the lure of hard drugs. (10.02.2007)

Cannabis is the most widely used illegal drug in Germany. But the consequences of its use are underestimated, particularly by teenagers, who are starting to consume it at an ever younger age. (14.05.2006)

A Dutch town near Germany wants to quell booming soft-drug tourism by creating a strip especially for smokers -- outside city limits. (17.01.2006)