As part of a campaign of intimidation, Dubai's Sheikh Mohammed warned his ex-wife Princess Haya that she will never be safe in the UK. Fearing for her life, she had fled to London with her children nearly a year ago. 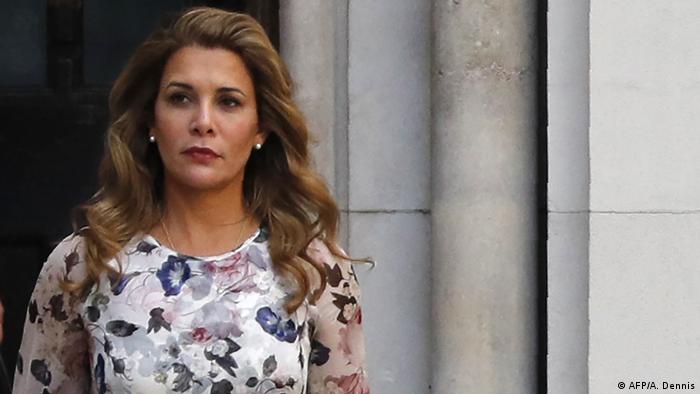 The billionaire ruler of Dubai ordered the abduction of his daughters and subjected his estranged wife to a campaign of fear and intimidation, a UK judge said in a ruling made public on Thursday.

The ruling came after a high-profile custody battle between Sheikh Mohammed bin Rashid Al Maktoum and his ex-wife Princess Haya Bint Al Hussein, who now lives in London with her two children.

Judge Andrew McFarlane of the UK High Court found that Sheikh Mohammed "acted in a manner from the end of 2018 which has been aimed at intimidating and frightening" his ex-wife.

Princess Haya married Sheikh Mohammed in 2014, becoming one of his several wives. The couple has two children; Jalila, 12, and 8-year-old Zayed.

Haya fled to London in April 2019 with her children, saying she feared for life amid threats and intimidation. She was believed to have had an affair with one of her British bodyguards and said she was "terrified" of her husband, who is also the vice-president and prime minister of the United Arab Emirates. 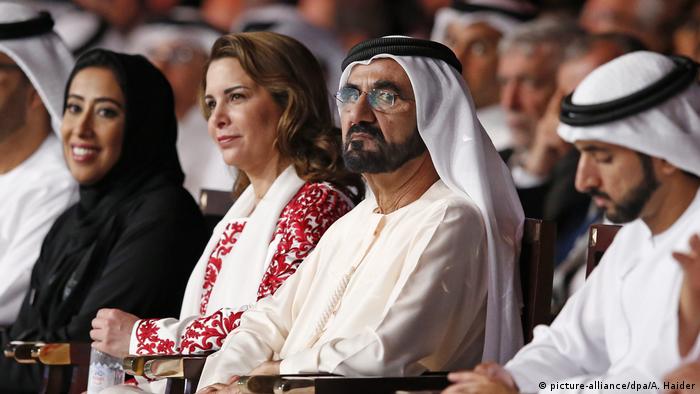 The threats, the judge said, continued even after she arrived in the UK. Sheikh Mohammed used the state apparatus "to threaten, intimidate, mistreat and oppress with a total disregard for the rule of law," the judge said.

The ruler of Dubai launched legal action in May 2019, seeking the return of his children to the Gulf kingdom. Princess Haya sought her children to be made wards of the court and remain in the UK.

As part of the custody case, the judge initiated a series of findings of fact about the allegations made by Haya during the hearings.

She claimed that Sheikh Mohammed had "order and orchestrated" the abduction of his two daughters from a previous marriage; Shamsa and Latifa.

In 2000 then-18-year-old Shamsa was kidnapped from Cambridge and forcefully taken back to the UAE. Latifa made two attempts to escape the emirate — first in 2002 and again in 2018. Her second attempt made international headlines. Latifa, 35, was seized from a boat by Indian special forces off the Indian coast in March 2018 and returned to Dubai.

"She was pleading for the soldiers to kill her rather than face the prospect of going back to her family in Dubai," the judge said. Shamsa too "has been deprived of her liberty for much if not all of the past two decades," he added.

Princess Haya, a half-sister of Jordan's King Abdullah II, also claimed that she had been secretly divorced without her knowledge on February 7, 2019 – the 20th anniversary of the death of her father King Hussein of Jordan. The timing was deliberately chosen "to maximize insult and upset to her," the judge said.

The rulings were made in December and January, but the court documents came into the public domain only after the UK Supreme Court rejected an appeal by Sheikh Mohammed's lawyers.

Soon after the documents were published, Sheikh Mohammed called the ruling one-sided and strongly denied the claims.

"As a head of government, I was not able to participate in the court's fact-finding process. This has resulted in the release of a 'fact-finding' judgment, which inevitably only tells one side of the story," the sheikh said in a statement. "I ask that the media respect the privacy of our children and do not intrude into their lives in the UK."

While the judgment does not determine guilt, it strikes a severe blow to the public image of Sheikh Mohammed who is seen as a modernizer at home. He did, however, face severe criticism internationally after reports of the capture and forcible return of his daughter Latifa.

Princess Haya, the estranged wife of Dubai's ruler, has requested a forced marriage protection order in a London court. The princess is locked in a legal row with Sheikh Mohammed over the welfare of their two children. (30.07.2019)