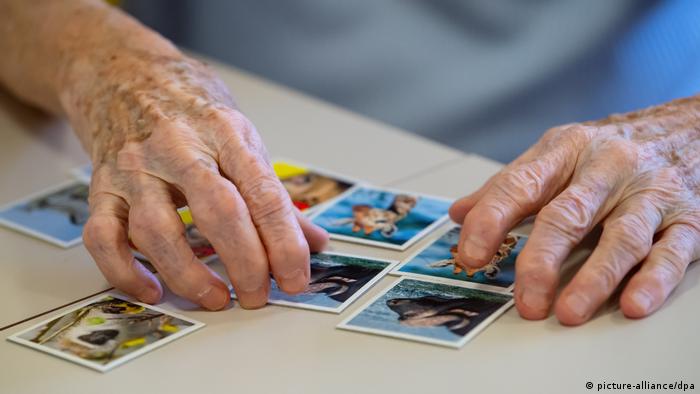 Alzheimer's affects many millions of people in the world, impairing their memories, among other things

Researchers from New York University and Brazil's Federal University of Rio de Janeiro have found that a synthetic molecule can restore the loss of cognitive functions in mice affected by conditions resembling Alzheimer's disease in humans.

After receiving ISRIB, a synthetic molecule that can boost protein production, the mice underwent a series of memory tests, such as navigating a maze. Protein synthesis — the production of new proteins — in the brain is essential for the proper function of neurons and memory consolidation.

The scientists found that ISRIB restored the memory functions in these mice, as well as the production of protein in the hippocampus — a part of the brain that plays a major role in episodic memory. This includes the recollection of specific events, situations and experiences.

In mice with advanced Alzheimer's-like conditions, the results were similar.

"Overall, we saw a complete restoration," Mauricio Martins-Oliveira, the study's lead author, told DW. "There might be one parameter or other that wasn't restored, but overall, we can say that there was a very significant rescue in memory formation in these mice, in both models that we tested."

Alzheimer's was discovered more than 100 years ago, but a cure has still not been found.

Before the study, the scientists established that in the brains of Alzheimer's patients, key elements of the machinery that allows protein production were depleted in the hippocampus. This led them to think that protein synthesis may also be impaired.

"The formation of new memories requires the production of new proteins and the process of making proteins, that is protein synthesis, is known to be disrupted in animal models of Alzheimer's disease," said Eric Klann, a co-senior author of the study.

The study showed that ISRIB could restore the capacity for forming new memories, but now the researchers are wondering what would happen if the drug was given before cognitive impairment started.

In the brains of Alzhemier's patients, abnormal levels of a naturally occurring protein clump together to form amyloid plaques that collect between neurons and disrupt cell function. There are also neurofibrillary tangles, which are abnormal accumulations of a protein called tau that collect inside neurons.

Currently, treatments for Alzheimer's disease mainly focus on the reduction of these plaques, tangles and neuroinflammation, said Klann, but in the mice models, memory impairment occurred before the plaques were present.

“Whether or not the plaques themselves contribute to the disease is not clear, but it's a marker for disease,” Klann said.

The study found that while there were some changes in the plaque that they cannot yet explain, overall they did not see a major change to the formation or number of plaques after memory restoration.

One of the biggest problems in treating brain diseases is that because the brain is inside the skull, there are a number of barriers to reaching it.

One of these barriers is the blood brain barrier, which for several molecules is impossible to permeate, said Martins-Oliveira. "The good thing about ISRIB is that it can go through this barrier and reach the brain even if you inject it in the periphery." That means it can be injected into the blood or peritoneum — the membrane that lines the abdominal cavity housing major organs.

Despite this ability, ISRIB itself cannot be used in humans right now because it can cause some liver or pancreatic toxicity, but pharmaceutical companies are working to create similar molecules, Klann said.

"I know that several pharmaceutical companies and biotech startups are focused on making compounds like this that can get across the blood brain barrier but don't have the toxicity that this compound has," he said.

A hundred years ago on December 19, 1915, Alois Alzheimer died. He was the first to describe a disease where sufferers' brain cells die. Since then, research has progressed, but there is still no cure for Alzheimer's.

Is this the Alzheimer's breakthrough we've been waiting for? A new therapy appears to slow memory loss and reverse an underlying cause of the disease. DW has a Q&A breakdown of the findings.

Preliminary results of a phase three Alzheimer's drug trial appeared to slow progression of the disease.

By 2050, the Middle East and North Africa could be dealing with many more elderly people suffering from dementia. A lack of facilities, specialists and local knowledge means the region is woefully underprepared.