A hundred years ago on December 19, 1915, Alois Alzheimer died. He was the first to describe a disease where sufferers' brain cells die. Since then, research has progressed, but there is still no cure for Alzheimer's. 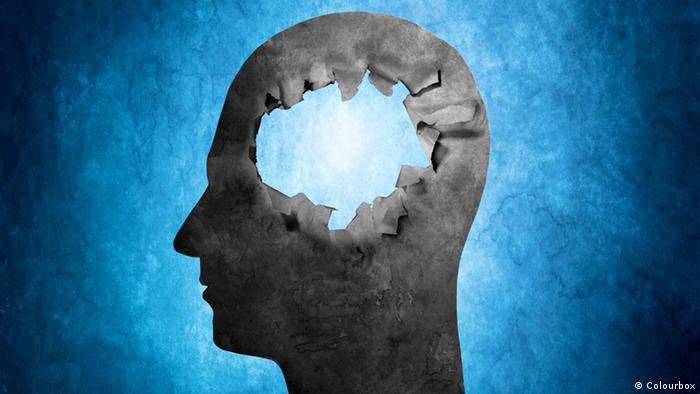 Alois Alzheimer first described the condition in 1906, based on one of his patients, who suffered from what would soon be known as Alzheimer's disease.

Today, we know that plaques building up in the brain are somehow involved when brain cells die. But researchers are still arguing about the causes of Alzheimer's and what the best treatment options are.

How many people suffer from Alzheimer's?

Alzheimer's disease is the most common form of neurodegenerative disease. It accounts for 50 to 75 percent of all dementia cases. Dementia, also known as senility, is a collective term for several different forms of brain diseases.

The organization Alzheimer Disease International (ADI) estimates that 47 million people worldwide suffer from Alzheimer's. According to the World Alzheimer Report 2015 the number of sufferers will have risen three-fold by 2050.

How important a factor is age?

The older you get, the more likely you are to get Alzheimer's. Very few people are affected before they turn 65. Among the 85 to 89-year-olds, one in four suffer from some form of dementia.

From age 90, the figure goes up to 40 percent. However, the disease can start to change the structure of the brain decades before symptoms appear.

How does Alzheimer's affect the brain?

When brain cells die, two types of senile plaques are being formed - the beta-amyloid protein and the tau protein. Researchers are still arguing about which protein is responsible for causing Alzheimer's and if these proteins are the cause or an effect of Alzheimer's.

What we do know is that the plaques prevent the transmission of stimuli from the nerve cells, causing the cells to die.

What are the effects of Alzheimer's?

Patients suffer from memory loss, which also affects their personality. In the advanced stages of the disease, patients do not know where they are or who they are. Many patients do not recognize their loved ones, some even become aggressive.

And since most patients are still physically fit and agile, they often need round-the-clock care.

What are the treatment options?

There is neither a vaccine against nor a cure for Alzheimer's. Medication has very little effect apart from alleviating some of the symptoms or putting off the decline for a short amount of time.

Some patients benefit from cognitive or music therapy. Some researchers suspect that the onset of the condition can be delayed through exercise and a healthy lifestyle.

Living with dementia: the long goodbye

Living with dementia: the long good-bye

Can Alzheimer’s be cured?

Nearly 37 million people worldwide suffer from Alzheimer’s and that number is rising. Two drugs are being hailed as promising. Molecular biologist Konrad Beyreuther says they offer hope for halting the disease. (18.09.2015)

There was some sad news out of Munich on Tuesday, as Bayern Munich revealed that club legend and record German goalscorer Gerd Müller is suffering from an illness. (06.10.2015)