Up to now, researchers have worked very systematically when developing drugs against malaria. But a new approach brings creative chaos into drug development. And a small box is pushing this process. 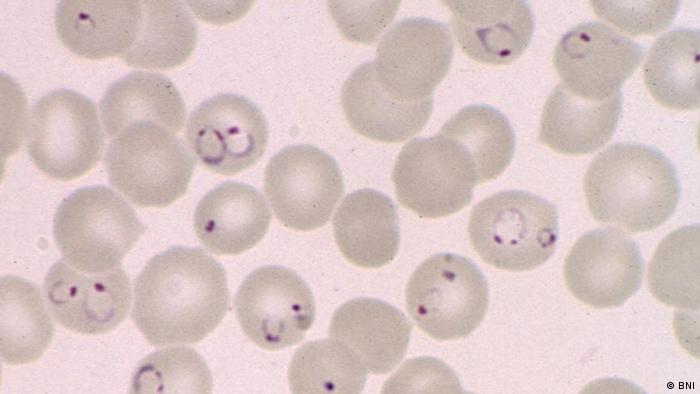 Malaria parasites in a blood smear, hiding inside the red blood cells

Thomas Spangenberg has something to give away for free: five white plastic plates with small holes in them. In each of these holes there is a frozen, clear liquid - containing molecules with very special qualities. "Our Malaria Box holds 400 diverse compounds that kill the malaria parasite," Spangenberg says.

The chemist works for "Medicines for Malaria Venture" or MMV. The initiative aims to boost research for new drugs against malaria and other tropical diseases.

One way to do this is sending their Malaria Box free of charge to any researcher who wants it. MMV aims to incite them to develop new, market-ready drugs based on one of the 400 compounds in the box. 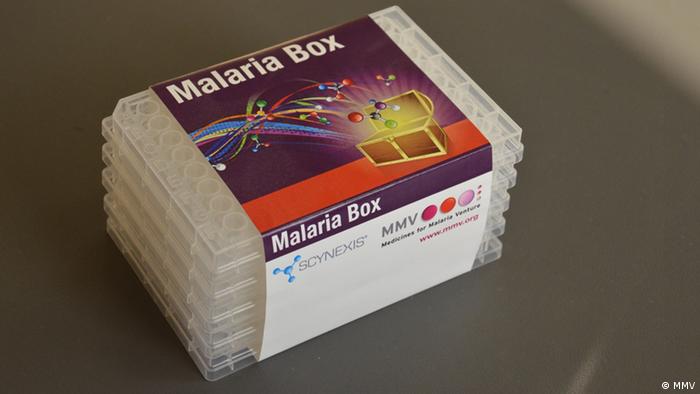 Before the malaria box is sent out, it's filled with clear chemical solutions and then frozen

Seek, and ye shall find

The malaria box has become possible due to a paradigm change in drug development.

Researchers used to create new pharmaceuticals by planning their mode of action in theory - before synthesizing the desired molecules in the laboratory. Most researchers at universities and other academic centers still work this way.

But large pharmaceutical companies have found a second approach. Using robots, they screen millions of chemical compounds for those that could kill the malaria parasite, for example. Then researchers optimize these hits further - without taking too much consideration for the question why the molecules act the way they do. The important thing is that they do.

Large pharmaceutical companies have huge so-called libraries of chemical compounds for this approach.

400 candidates out of 6 million substances

The malaria box aims to help researchers all around the world to catch up with large drug companies, says MMV's Jörg Möhrle: "We wanted to provide researchers in academia and in small pharmaceutical companies access to some of the chemicals that kill the parasite."

Together with collaborating drug companies, MMV screened six million chemical compounds from several libraries. 25.000 of them acted in some way against malaria parasites.

The 400 most promising substances found their way into the malaria box. MMV's chemists only included molecules that are commercially available. And they picked those that differ as much as possible from current anti-malaria drugs.

"We did this, because we hope that those compounds act differently from the ones that are already on the market," Spangenberg explains. "We are constantly facing drug-resistance in the world of infectious diseases. So we really want to fill the pipeline with compounds that have a new mode of action." 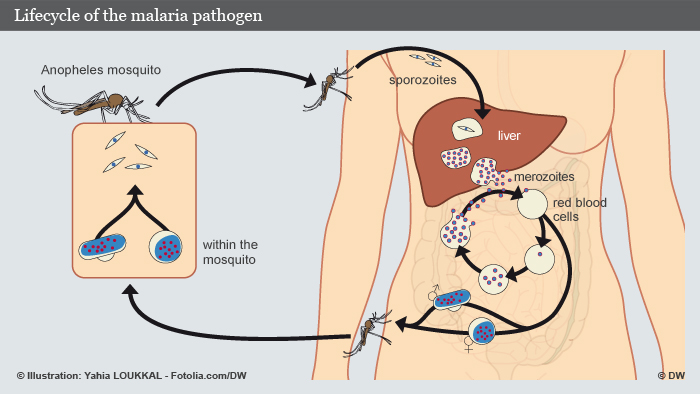 Up to now, MMV has sent malaria boxes to 160 research groups in 27 countries, mainly to Europe and North America, but also to South Africa, India, Brazil and Uganda, for instance.

Annette Kaiser, malaria researcher at university hospital Essen, has also ordered a box: "This way, we get a hold of substances that act against malaria parasites. That isn't easy for a scientist as most of these substances are owned by large industrial companies."

Kaiser tests the chemicals on proteins that play a crucial role in the parasites' life cycle. She has already found one promising candidate for a new anti-malaria drug and plans to have a closer look at it now.

Gabriele Pradel from the technical university of Aachen also thinks that the malaria box is "a very good idea". She didn't know most of the 400 compounds before. "There is no open access database which contains all the compounds that were screened for their antimalarial activity," Pradel says. "This has only started to happen when the malaria box was created. Moreover, for a researcher it is a question of money: Buying compound libraries costs several thousand euro." 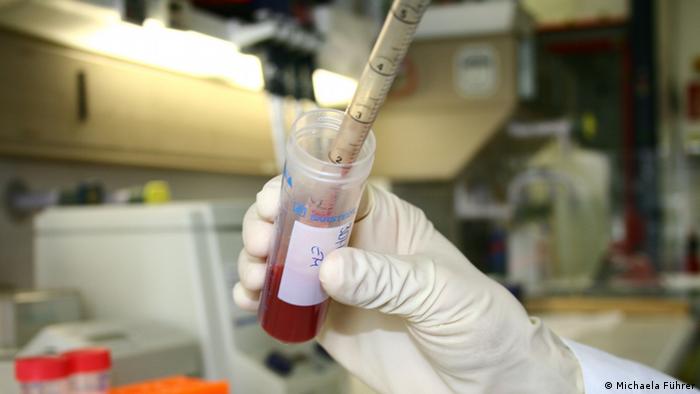 It's impossible to test thousands of compounds individually by hand - that's what robots are for!

For receiving the malaria box free of charge, MMV set only one condition: The researchers must publish all their results concerning the compounds, so that other researchers have access to them, learn from them and do not have to start from scratch each time.

Spangenberg stresses that this also holds true for negative results - if a compound turns out to be rather disappointing in an experiment, for example. Usually, scientists rather keep results like these to themselves.

The project started almost two years ago. Today, researchers have already published promising results. And surprisingly, not only for drugs against malaria: Scientists found out that some of the 400 compounds also act against other parasites - for example, against the blood fluke that is responsible for the illness bilharzia, also known as schistosomiasis.

But Thomas Spangenberg stresses that the drug development process needs a lot of time, at least several years. Although the malaria box is a big success up to now, people will have to wait and see what really comes of the research.

Scientists in Africa are in the final stages of trials for a malaria vaccine that's raising hopes of reducing child infections - and deaths - by half. But is 50 percent good enough? (15.10.2013)

Malaria - the ongoing search for an effective vaccine