After about six years of construction, a controversial bridge in Dresden has opened. The bridge has cost the Dresden Elbe Valley its status as a UNESCO world heritage site. 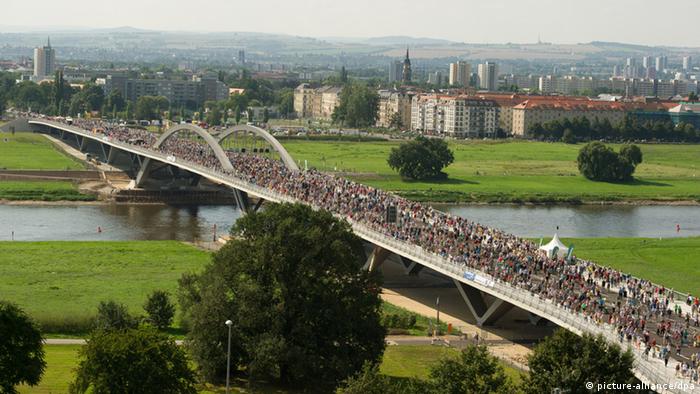 Dresden's Mayor Helma Orosz and the state of Saxony's Premier Stanislaw Tillich inaugurated the controversial Waldschlößchenbrücke bridge Saturday. Thousands of residents also attended the opening festivities which are set to last till Sunday.

However, the bridge cost the city more than just the 180 million euros ($240.8 million) it took to build it. The structure also cost the Elbe River Valley its UNESCO world heritage status. The title was withdrawn in 2009, because UNESCO said the bridge interfered with the unique view of Dresden's baroque old town. It was the first time that a site lost the prestigious listing.

The 630-meter-long (0.4-mile) structure was initially met with rejection from the public, which resulted in workers walking off the job and attempts in parliament to halt construction. However, a recent survey showed that the vast majority of residents have since become reconciled to its presence.

On Monday the four-lane Elbe crossing will be open to traffic.