Dresden's Semperoper has witnessed historical opera premieres over the past century and a half, and has been destroyed and rebuilt several times. Now, its first female director is writing history again. 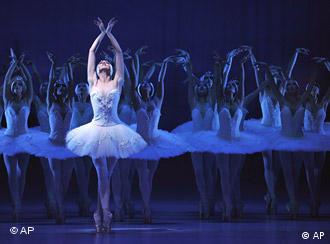 The Semperoper is going beyond the standard operas and ballets

Ulrike Hessler took on an opera house with historical baggage when she became its first female director at the beginning of the current season. Still, she's moving forward with fresh approach and is committed to establishing an international reputation for the traditional performance hall.

Named after architect Gottfried Semper, the opera house - which hosts the Saxon State Opera, the Saxon State Orchestra and the Semperoper Ballet - was originally built in 1841 beside the Elbe River.

Musical greats like Carl Maria von Weber and Richard Wagner worked there as conductors - and three of Wagner's operas were premiered there.

Though a fire destroyed the building with its early Renaissance, Baroque and classical Greek features, it was reconstructed in neo-Renaissance-style in 1878. Over time, world premieres of eight Richard Strauss operas, Busoni's "Doctor Faust," Paul Hindemith's "Cardillac" and Kurt Weill's "The Protagonist" were staged there.

The Nazis' rise to power forced Hindemith and Weill to flee Dresden, and resident conductor Fritz Busch was also banned. Nazi careerist Karl Böhm took over in 1934. Then, during Allied air raids in February, 1945, the Semperoper was destroyed once again. It wasn't until 40 years later that the third Semperoper could reopen, this time, in communist East Germany.

One of Ulrike Hessler's first projects, together with incoming principal conductor Christian Thielemann, is one that addresses the house's dark past. The musically accompanied exhibition, "Verstummte Stimmen" ("Silent Voices"), uncovers the personal stories of Jews persecuted by the Nazis.

"It's the documentation of what happened to all people who had to leave theaters - opera houses included - after 1933," said the 56-year-old director. 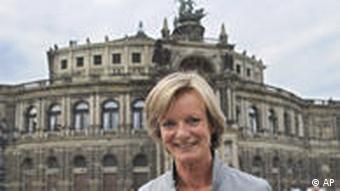 Ulrike Hessler is looking into the past - and the future

Although some of Dresden's cultural life survived the devastating Allied air raids in 1945, the following years of communist rule hindered artistic exchange and development. Nonetheless, through the Semperoper's work with great artists such as director Harry Kupfer, choreographer Ruth Berghaus and composer Udo Zimmermann in the 1970s, "its ensemble of singers, the orchestra and ballet has kept its soul as one big family," said ballet director Aaron S. Watkin.

"This opera house has always been known as a monument. And what's going on inside it is on the move," he said. "The ballet in particular - we have spent years here in becoming more famous and more known in the city of Dresden and beyond."

Watkin's vision is a full repertoire of dance that audiences of any age can enjoy. His approach corresponds with the new goals the entire company is aiming for, general director Ulrike Hessler said.

Winning back the audience

One of the biggest challenges the house faces, though, is an ever-aging audience.

"We're about to lose the younger generation because the parents of the kids already are a generation who has nothing really to do with opera and musical theater," she pointed out. "We have to work hard at gaining the youngest generation and their parents back."

"That's the really great bonus of this orchestra that the old members are still in good shape and are able to communicate the sound," Enders said.

Ulrike Hessler's process of transforming opera in Dresden is built around three ideals. She wants to expand the repertoire from German and Italian opera to include more Baroque and American works. As the director, she has commissioned contemporary composers to write new operas, most recently the world-premiere of Hans Werner Henze's "Gisela!" And she feels Semperoper's new productions should allow multi-layered interpretation, reflective of and interesting to both the young and old.

"If opera is good, that's the place to go if you want to experience strong emotions," Hessler said. 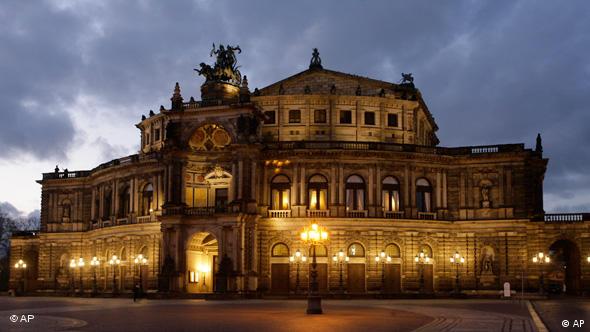 The Semperoper was rebuilt in the mid-1980s

Falling in love with Tristan

The Semperoper has returned to working as a repertoire theater that changes its program every night. The house has 30 operas and 15 different ballets in its repertoire and features up to 10 new productions each season.

"That gives us the opportunity to develop an opera and also to develop artists," she said. "We have young singers from five continents."

To attract the youth to new venues, a younger ensemble performs works especially created for them on a former rehearsal stage or at the funky Transparent Factory, a Volkswagen production plant in Dresden.

"Twenty performances were sold out a month in advance," Hessler said. "We see that there is a need for special repertoire for a younger audience." Once the younger generation has become hooked on opera, "they should want to see 'Tristan and Isolde,'" she added.

Cellist Enders, at any rate, already knows the beauty of that music. "There is no better experience in music than the beginning of 'Tristan'! When you start this opera of five hours with just an open A-string - it's just the most incredible music ever written."

Berlin's Komische Oper is introducing Turkish subtitles for its opera and musical productions. Berlin has the largest Turkish population outside Turkey, but will the subtitles be more than just a symbolic gesture? (04.04.2011)

For the first time ever, an opera performance has been staged in Iraq. The Cologne Opera company embarked on a guest visit to the war-torn country and was celebrated with a standing ovation. (08.03.2011)

As the financial crisis takes its toll on government budgets, cultural institutions across Germany are trying to find a way to survive. (03.01.2011)

Audio report: Dresden on a shoestring

Picture gallery: Dresden on a shoestring