Dream of ′greater Albania′ alive at centennial | Europe | News and current affairs from around the continent | DW | 28.11.2012

In 1912, Albania became the last Balkan country to gain independence from the Ottoman Empire. But Albanians in Kosovo were left outside the new state, giving rise to the dream of a united Albanian nation. 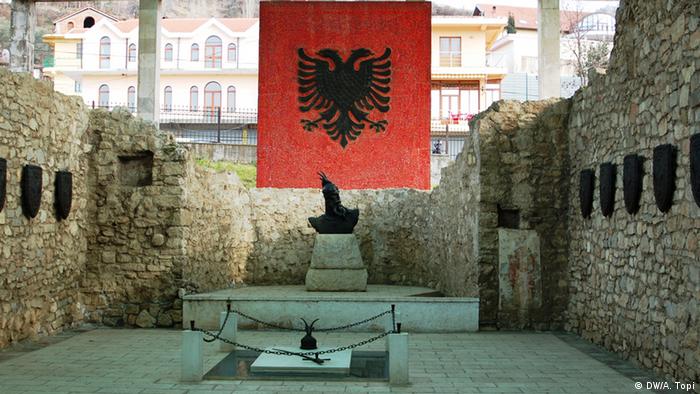 The dream of unifying Kosovo and Albania has gained new vigor since the smaller country declared independence in February 2008. The nationalist movement "Vetëvendosja" ("Self-determination") is the third-greatest force in the Kosovan parliament.

"The national union of Kosovo and Albania is an indisputable right of the Albanian people, who were unjustly divided by history," argued Glauk Konufca, one of Vetëvendosja's political leaders. His party wants a referendum on unification - but its proposals to the parliament have so far remained unsuccessful.

And the Vetëvendosja movement is not alone. In Albania, the "Aleanca Kuq e Zi" (Red-Black Alliance) was founded in the summer of 2012 with a similar platform. At the same time, there are nationalist movements and groupings in other regions where Albanians have settled, such as Macedonia, Montenegro, and parts of southern Serbia. These groups consider the flag with the double-headed black eagle on a red background as their national flag, and would like to become part of Albania sooner rather than later. 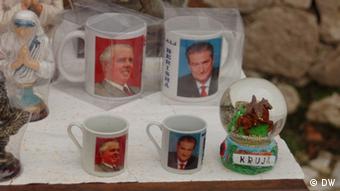 Albanians still dream of a single unified nation, evidenced by this memorabilia

The foundation of Albania occurred amidst the fragmentation of Albanian-settled areas. A century ago, while the victors of the first Balkan War - particularly Serbia, Bulgaria, Greece, and Montenegro - began the partition of areas liberated from the Ottoman Empire, the Albanians proclaimed an independent state in the port town of Vlorë on November 28, 1912.

It was simply the dictate of the moment, explained historian Oliver Schmitt: "The Albanian declaration of independence was not the result of a long-term plan hatched by the Albanian nationalists."

The collapse of Ottoman rule, and the fact that the Serbian, Montenegran and Greek troops had advanced very swiftly into Albanian-settled territories, "got the major powers of the time, especially the Austro-Hungarian monarchy and Italy, into the plan," explained Schmitt. They were worried that Serbia, a close ally of Russia, would expand its territory to the Adriatic Sea, thus changing the balance of power in the region.

The major European powers recognized Albania's current borders at a conference in London in 1913. But that left half of the Albanians living outside the new Albanian state, most within the borders of what would later become Yugoslavia - Kosovo, Macedonia, southern Serbia, and Montenegro. 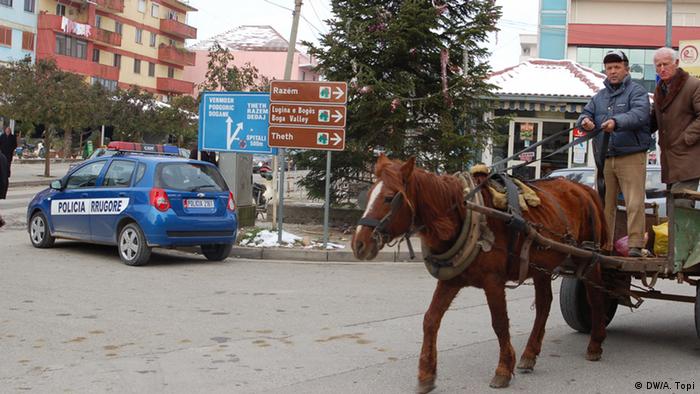 Albania does not officially promote the "greater Albania" stance

Dreams of a greater Albania

In Kosovo, where the majority of the population is still Albanian today, the people have often demanded the recognition of an independent republic within Yugoslavia. It was only when Yugoslavia broke apart that independence from Serbia was attained. With the 2008 declaration, Kosovan Albanians created the newest European state.

As a result, there are now two majority Albanian states and several regions in the neighboring countries where most of the population is Albanian. For the nationalists who dream of a single state for all Albanians, the national project is thus still incomplete. This causes persistent tensions, which sometimes erupt into violence, among the different ethnic groups in the area, particularly in Macedonia and southern Serbia.

But Schmitt remained optimistic, and emphasized that despite the emotional debate, there are no concrete plans for establishment of such a state. "There has been no debate that satisfies intellectual demands and observes constitutional factors," he said.

But the consciousness of belonging to a common ethnic group remains, as can be seen from the fact that the anniversary of the foundation of Albania is being celebrated everywhere - not just in Albania itself. What is important, said Veton Latifi, a Macedonian professor of international law, is that no "official plans or agenda for a greater Albania exist, either inside or outside of Albania."

"Officially," said Latifi, "there is only one agenda - the integration of the Balkans into the European Union." All the most influential Albanian politicians in the region are repeating the line that Albanians will only ever live together within the EU. Any redrawing of borders would bring uncontrollable consequences with it: The powder keg of the Balkans could easily explode once more.