Albania’s rich biodiversity was preserved by the country’s utter political isolation right up to the early 1990s. But as the economy opens up and Albania modernizes, the country’s lush countryside is at risk. 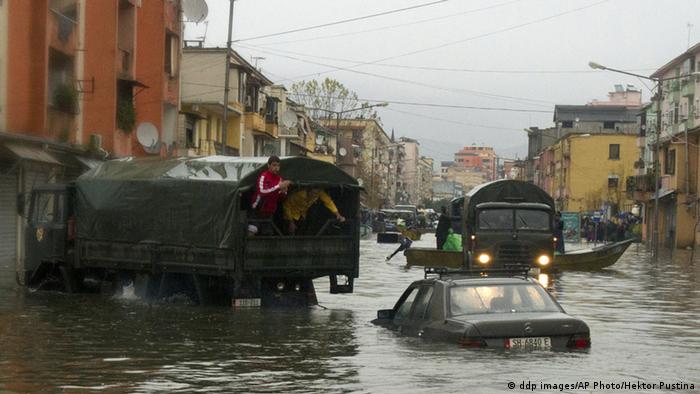 Albania is a small European country, but when it comes to environmental records it's a big performer. According to Yale University’s annual “Environmental Peformance Index comparing 163 countries, Albania landed in an impressive 15th place, well ahead of the US (49) and not far behind Germany (11).

The country’s relatively good ecological record can be traced to a series of factors, from good water and air quality to rich biodiversity and plentiful natural resources. But that is the result, not of well-targeted environmental policies, but rather the country’s decades-long political isolation.

Hermann Plumm who heads climate protection projects in Albania for the German Society for International Cooperation (GiZ), says an insight into the country’s checkered history is essential in order to understand its environment today. 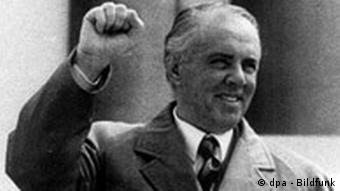 Enver Hoxha isolted his country from the rest of the world

After communist leader Enver Hoxha took over leadership of the country in the 1940s, he gradually began isolating his country, distancing Albania from the Soviet Union and even China in the 1970s. That cut off the country’s access to fossil fuels.

And since Albania has practically no own raw materials of its own to generate energy, it was forced to turn to its plentiful water resources to produce electricity. The government constructed massive dams that to this day meet nearly all the energy needs of the country.

Albania’s heavy reliance on hydropower, a clean and renewable source of energy, is also responsible for the country's environmental ranking soaring up the charts.

Not so green reality

Albania is blessed by a mixture of towering mountain peaks, dense forests and a long coastline along the Adriatic and Ionian seas

But in reality, Albania is not as green as it appears. Albanians spend, for example, a fifth of their salaries on garbage disposal fees. But even the steep prices don’t guarantee the trash is picked up. Maria Christina Färber, a Swiss nurse and therapeutic specialist, has fought for better environmental preservation in Albania for decades. 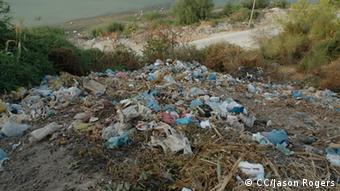 She says poor infrastructure isn’t the only reason for the country’s chaotic garbage disposal system. She blames the rise of mafia-like structures in the sector linked to illegal waste transports from Italy. As a result, Italian trash instead of Albanian rubbish is often dumped on landfill sites.

Complicating matters, says Färber, is Albanians’ general lack of sensitivity towards climate issues – a trend that picked up after the country opened up to outside influences in the 1990s. “European consumption habits emerged here, disposable items including plastic bags are choking the country – there is no system of disposal,” she says.

Albania’s big cities suffer from serious air pollution because of the high volume of cars on the roads. In fact, Albania has the highest density of Mercedes Benz vehicles in the world. But most of the cars are older models that release harmful fumes into the atmosphere, leading to allergies and respiratory ailments. 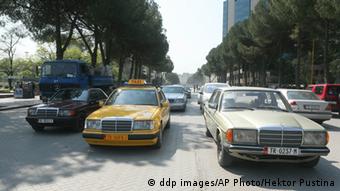 For many Albanians, driving a Mercedes is an important status symbol

Another problem is posed by old, rusting industrial facilities, especially in steel production. The Elbasan steel combine is Albania’s largest industrial complex, churning out 759,000 tons of steel a year.

In 1998, Turkish company Kürüm Holding Co bought the factory and signed a contract agreeing to completely fulfill the country’s demand for steel in the long run. But the Turkish company has failed to modernize the facility despite rows with various Albanian government ministries for failing to uphold modern environmental standards.

The Drin river, the longest in Albania, snakes throughout the country and provides a crucial source of water for people in Kosovo, Macedonia and Montenegro as well.

On the Albanian side, the Drin is used for irrigation, fishing and – most importantly – to generate electricity. Three major dams were constructed along the river to help generate hydropower.

But according to an EU-commissioned study called CLIWASEC(Climate Change Impacts on Water and Security), the Drin’s dams have also become a source of problems between Albania and its neighboring countries – a conflict that is expected to intensify in the coming years as global warming gathers pace. 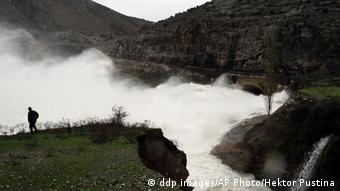 Some 97 percent of Albania's electricity needs are met by hydropower

The countries on the Balkan peninsula will in future have to cope all year round with warmer temperatures and significantly less precipitation. At the same time, the threat of floods looms – especially in early spring. That’s what happened in early 2012.

“Due to climate change, the mountain ice today begins to melt much earlier. Then suddenly there were heavy rains and finally, water had to be released from all three embankment dams at the same time,” Jan Herzberg says. He’s an environmental engineering student who has worked for the GIZ along the Drin river.

Herzberg says the consequences were dramatic: 14,000 people were forced to flee their homes as flood waters destroyed villages and cities and wiped away entire fields of crops.

That’s one reason why the GIZ is working to create an early warning system to make countries along the Drin aware of possible flooding.

“In order to get the flooding under control, different ethnic groups that were once enemies are now sitting at the table together, and we’re on the right track to a functional system” project leader Hermann Plumm says.

“The main problem is the lack of a public discussion. Environmentalism and climate protection are not on the radar for Albanian politicians and media," he adds.

That’s where Xhemal Mato, one of Albania’s first climate activists, steps in. He heads Eko-Levizja, a coalition of environmental non-governmental organizations and individual activists.

“If you look at the current situation in Albania and the ecological crisis that awaits us, someone has to tell people here that the future of this region could get really tough,” Mato says. “Politicians continue to underestimate what we are facing. That is why so little has been done to adapt to climate change,” he adds.

Eko-Levizja aims to serve as a counterweight to the government’s current environmental policies, fighting questionable projects and keeping a close eye on the country’s industrial development.

“The most important thing is and will be that we show people there are other, greener paths to development,” Mato says.

When renewable energy is in need of a renewal

The first generation of renewable energy plants are at least 20 years old and starting to show their age. With technology developing at a rapid pace, many facilities are in need of an upgrade. (19.04.2011)