A spokesperson for the ruling coalition in the Democratic Republic of Congo (DRC) has told DW the national dialogue is not over, despite an opposition walkout from the talks three days ago. 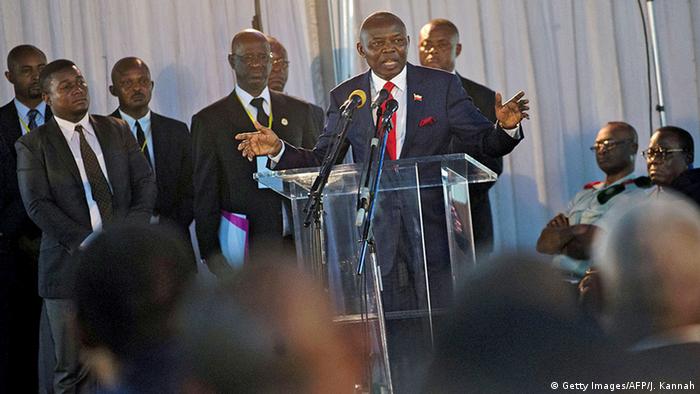 DRC government spokesperson Ramazani Shadari told DW that the opposition walkout from the national dialogue was a negotiating tactic.

"This does not mean that the dialogue is over or that the opposition has withdrawn from the dialogue. It is a negotiating strategy," Shagari said. "We understand that they need time to reflect and perhaps they will be convinced to return to the negotiating table like it happens everywhere."

Since early September, government and opposition representatives, as well as civil society groups,have been negotiating a timetable for presidential and local elections scheduled for November this year.

The opposition is holding fast to its position on the order in which the two sets of elections should be held. Opposition groups want the presidential elections to be held in November, ninety days before the expiry of President Joseph Kabila's second and last term, in accordance with the constitution. Local council elections should follow, they say.

But the last few weeks have not been good for the opposition parties. It was only recently that key political figures like Moise Katumbi, Vital Kamerhe and Etienne Tshisekedi teamed up to form an alliance.

"The strongest army is the people," Katumbi told DW in a recent interview. "We need a united opposition to win the election." Katumbi had boycotted the talks from the outset and accused the government of wanting to hold a "monologue" in order to legitimize its stay in power. But his self-imposed exile in South Africa has to an extent diminished his influence, especially from his home area, the mineral-rich Katanga region.

Another key opposition figure who also commands a big following is 83-year-old Etienne Tshisekedi, leader of the Union for Democracy and Social Progress (UDPS). Tshisekedi has been a prominent member of the Congolese opposition since the time of Mobutu Sese Seko (ruled DRC, formerly Zaire, from 1965 to 1997) and returned recently from Belgium to a huge crowd of supporters in the capital, Kinshasa.

But the most prominent representative of the opposition at the talks to throw in the towel is Vital Kamerhe, leader of the Union for the Congolese Nation (UNC). He is also the main spokesperson for the opposition.

He told the media why his group is insisting that the presidential elections must be held first. "Our friends from the MP (Alliance of the Presidential Majority) must understand that it is now up to them to take the next step. They created this crisis and they want to make it worse. They should know that they will be accountable for this mess," Kamerhe said. 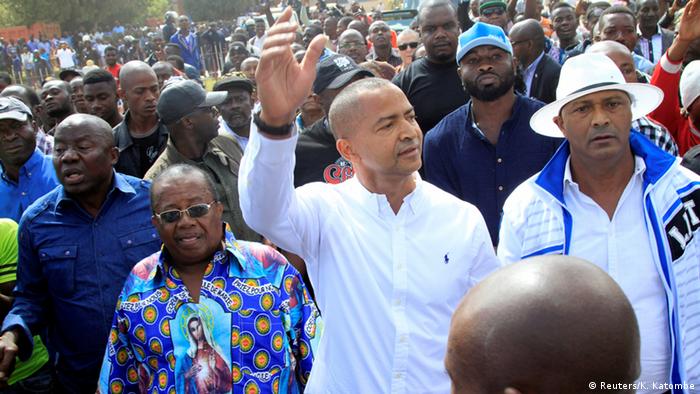 The ruling MP coalition plans to hold the presidential elections after the local elections. The opposition insists that this is an attempt to extend President Joseph Kabila's rule which ends in December this year.

Apart from the election calendar that remains unclear, the Electoral Commission faces a barrage of challenges, including a voters' register that needs to be updated. In a vast country like DRC with virtually impassable roads, updating the register will be a mammoth task.

"So far only voter registration in the province of North Ubangi has started. We are now waiting for the inventory from the Electoral Commission, so that we at least get a clear assessment of the situation in the other provinces," Andre Kiomba, an election supervisor, told DW. It could take about sixteen months to cover all the provinces - which means that President Kabila could remain in office beyond his mandate.

In May this year, the Constitutional Court ruled that President Kabila would stay in power beyond the end of his mandate if his government failed to hold an election in November. The court said at the time that this was to ensure continuity and avoid a vacuum at the top.

After rumors of bad health and a conviction in absentia, DRC presidential candidate Moise Katumbi has kept out of the public eye for some months. In this DW exclusive, he expresses the need for a united opposition. (09.09.2016)

Over the last few months the Congolese franc has dropped significantly against the US dollar. On the streets of Kinshasa, one visible sign of choppy currency fluctuations is the return of the money changers. (29.08.2016)